Colorado is without a doubt a beautiful state with rolling plains and majestic mountains as far as the eye can see. It is also incredibly haunted. It seems like almost every town and city in Colorado has at least one haunted hotel or creepy visitor attraction.

So let’s get right to it! Here are 5 of the most haunted places in Colorado.

It really does seem like poor Molly Brown can’t catch a break! First, she gets all caught up in the sinking of the Titanic and now her house is known as one of the most haunted places in Colorado! Molly Brown loved to travel, but during one of her voyages, she received word that a family member was sick and she had to immediately return home.

The first ship that she was able to book passage on happened to be the Titanic, and we all know how that ended up! Molly was fortunate enough to be among the survivors and for the remainder of her life, she relished any opportunity to entertain high society friends with tales of how she rowed a lifeboat for 7.5 hours to safety! Her tale is likely somewhat embellished, but nevertheless, it earned her the nickname ‘The Unsinkable Molly Brown’!

Her house in Denver was built in 1889, although Molly and her husband James Joseph Brown (JJ) didn’t buy it until 1894. When Molly died in 1932, her home was split into 12 separate apartments.  In 1958, the house was run as a gentleman’s boarding house before being leased to the city to serve as a home for wayward girls. In 1970, the house was purchased and restored to its former glory. It is now operated as a museum.

There are several entities said to haunt the Molly Brown House including both Molly and her husband JJ. It is said that their daughter Catherine Ellen is also still around. She died young due to disease and now the blinds in her room go up and down of their own accord. There are at least 6 other spirits in the building and a number that seem to come and go much as Molly’s many guests would have done while she was alive.

The Central City Masonic Cemetery lies about 35 miles west of Denver in an area that was once known as ‘The Richest Square Mile on Earth’. It came into use in the 1860s and although it is now decaying and damaged, this is down to wear and tear over the years rather than vandalism. Like many cemeteries, it is also said to be incredibly haunted.

There is a local story which says that every single 5th of April and 1st of November, a beautiful lady in a black satin gown comes to lay flowers on the grave of one John Edward Cameron. The story that goes along with this apparition is a sad, but somewhat romantic one. John Edward Cameron was a much-desired bachelor and all of the local girls were keen to snare him. However, he never showed interest in any of them. He had eyes for only one lady – the one who still visits him to this day!

He passed away on November 1st, 1885 of paralysis of the heart. The lady apparently planted a rosebush by his grave which would bloom every Spring. Is her presence here on April 5th, her returning to tend the roses? She would also visit on the anniversary of his death and lay a bunch of columbines on his grave. She stopped visiting in 1888, but a few years later she started making her twice annual visits and has done so ever since.

Aspen is perhaps best known for Skiing, but the town also harbors a few ghosts! One of the most haunted places in Colorado is the Hotel Jerome. Room number 310 is said to be haunted by the spirit of a little boy who unfortunately died when he drowned in the hotel’s pool.

He often appears to guests wet and shivering with the cold. He will then vanish suddenly, leaving behind a trail of wet footprints. Room 310 was the room that his family stayed in 1936 when he died. The ‘Water Boy’ as he is known is by no means the only spirit on the third floor and some of the staff refuse to work up there because of the hauntings and a malevolent presence.

Some of the other ghosts that are said to make their home in the Hotel Jerome include Katie Kerrigan and Henry O’Callister. Katie was an attractive young woman who worked at the hotel as a maid.

Lots of the guests noticed her and paid her plenty of attention which made some of the other maids jealous. They often played pranks on her. However, one of the pranks went very wrong. She was told that her pet kitten had fallen through the ice on the nearby pond and drowned and when she ran down to check this out she too fell into the freezing water.

She was rescued and brought back to the hotel, but later died of pneumonia. She often appears in the rooms and turns down the sheets just as she would have in life. The maids working at the Hotel Jerome today often come in and find that their work has already been done for them!

Henry O’Callister was a gentleman who made his fortune working in the mining industry. He moved to Aspen and promptly fell head over heels in love with a Boston heiress names Clarissa Wellington. The wanted to marry, but her father forbade it. Clarissa returned home to Boston leaving Henry alone in Aspen where is said to have died of a broken heart. He can still be heard wandering the halls of the hotel at night sobbing over his lost love.

2. The City of Cripple Creek

The City of Cripple Creek in Colorado gives a whole new meaning to the term ghost town! It seems like there isn’t a building in the city that isn’t haunted! Let’s take a brief look at one or two of the scarier buildings in Cripple Creek.

The Hotel St. Nicholas was originally built in 1898 as a hospital for prospectors and their families. Over the years it was expanded and started caring for mentally ill patients. It was closed down when the population started to dwindle as the gold rush came to an end.

It has since been converted into a hotel and Room 11, in particular, is extremely haunted! In fact, visiting paranormal fans often request this room when they stay at the hotel. One witness account from two women who checked into the room describes how they slept with the television on since they were so uncomfortable in the dark room.

One of the ladies felt something sit on the end of her bed by her feet, but could not see anything. However, the following morning her friend said that she had awoken to see a shadow in that exact spot, but hadn’t said anything as she thought it was just her eyes playing tricks on her!

Another spooky hotel in Cripple Creek is the Palace Hotel where a lady in a nightgown is often seen walking around the halls carrying another nightgown. Then there is the Imperial Hotel which is said to be haunted by George Long, who used to run the hotel. He was apparently murdered by his disabled daughter in revenge for him keeping her locked in her room. She hit him with an iron skillet and he fell down the stairs to the basement which is now the hotel’s Red Rooster Bar.

His presence is felt in the hotel and the security guards have reported hearing him playing the slot machines at night!

There isn’t a paranormal or horror fan alive who hasn’t heard of The Stanley Hotel in Estes Park, Colorado. If you can’t quite put your finger on why you know the name, then perhaps the words ‘Here’s Johnny!’ will refresh your memory? The hotel is of course, the one which inspired Stephen King classic The Shining and the horror master is said to have written at least part of the book while staying at the hotel.

Guests and staff alike have experienced the many examples of paranormal activity that occur within the hotel. There are many spirits here, but the two most active seem to be the former owner F.O. Stanley and his wife Flora. It is said that even in death, Flora enjoys sitting in the ballroom playing her piano. Incidentally, this was a gift from her husband in celebration of the hotel’s grand opening and it still has pride of place in the ballroom. Some have witnessed the keys moving on their own while others have actually seen Flora sitting at the piano.

Room 418 is one of the paranormal hotspots in the hotel and it is a hive of paranormal activity. This is the room in which Stephen King stayed and he is one of the many guests who say that they have seen and heard children playing here in the dead of night either inside the room or just outside the door.

Another room with a reputation for strange occurrences is Room 407. There is a spirit here who loves flicking the lights on and off and there have been reports of a face in the window seen by people outside looking up at the room. Throughout the hotel, there are reports of footsteps, disembodied voices, and other strange unexplained sounds – especially up on the fourth floor. In fact, the hotel even runs their own ghost tours regularly for guests staying at the hotel. 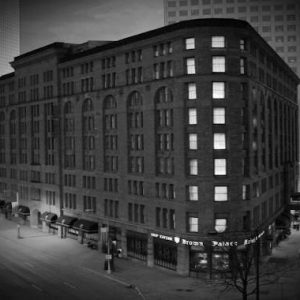 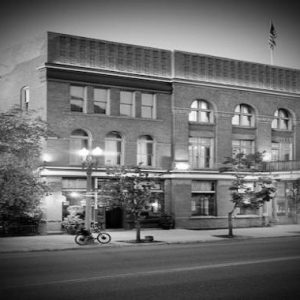 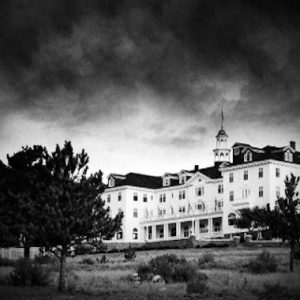 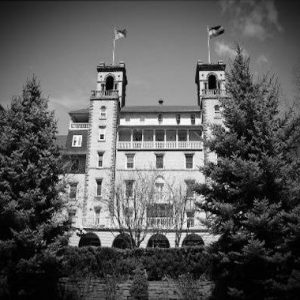 All Haunted Hotels in Colorado