Most Haunted Hotels in Denver, co

The Mile High City of Denver has far more to offer visitors and residents than incredibly views, the Denver Broncos, and skiing opportunities. Denver is also a city that has countless historical buildings, some of which are reportedly haunted by former residents and/or workers.

Ghost hunters are able to come to Denver to check out any of the following haunted hotels the city has to offer. This list is a small sampling of the many haunted hotels and other buildings throughout this famous city.

Join us as we explore a few of the most haunted hotels in Denver, CO. 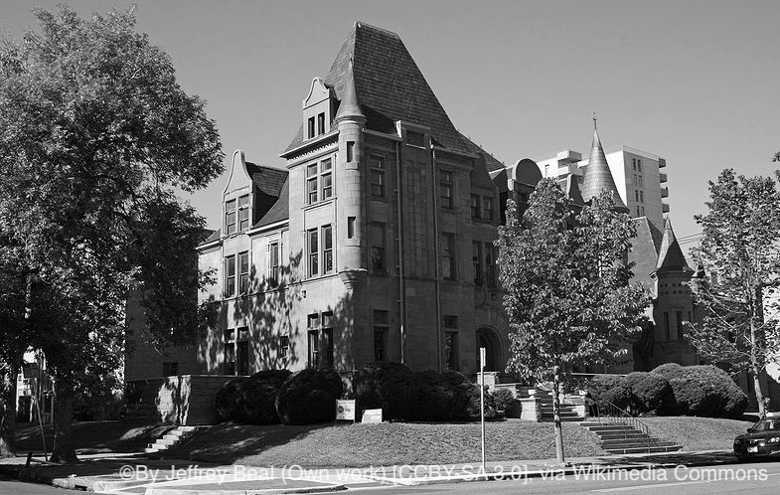 Back in 1890 a palatial sandstone mansion was built in Denver. The Croke-Patterson mansion initially belonged to Thomas B. Croke. According to legend he only ever entered the stunning residence once and vowed never to return. Something within the confines of the home chilled him to the core.

The house went on to be the family home of Thomas M. Patterson. His family stayed in the home for multiple decades before transferring ownership. The building, which has served as everything from a radio station to a dance studio, has a history of paranormal activity and bizarre occurrences.

Over the years people have seen the ghost of Thomas Patterson wandering the home. People have also done work in the home only to find it undone the following day. Two guard dogs were found dead after being left alone in the home one night. They apparently leapt from a three-story window to their deaths.

People have heard footsteps, knocks on walls, disembodied voices, and even babies crying. The mansion has also been home to multiple suicides and other strange occurrences. Whatever the cause for the unusual activity is, the Croke-Patterson mansion is definitely one of the most haunted hotels in Denver. 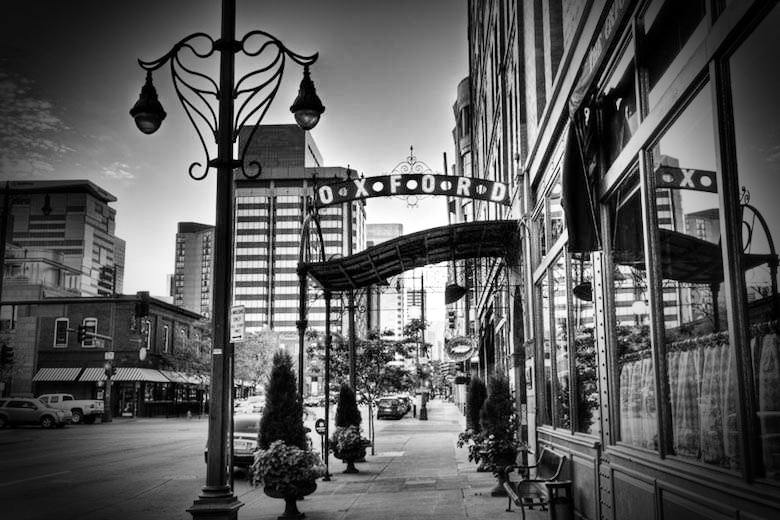 In lower downtown Denver is the luxurious and historical boutique hotel that opened back in 1891, the Oxford Hotel. The Oxford has provided its guests with exceptional accommodations for more than a century. The Oxford also offers its countless guests with the opportunity, wanted or unwanted, to experience ghost sightings or unusual paranormal activity.

There are two main ghosts that appear to stick around the hotel. One of the ghosts is that of a former postal worker. It is said that he vanished in the winter during the 1930s. His body was eventually recovered with all of his parcels in the spring. This ghost likes to visit the Oxford’s bar and have a beer. The strange thing is, although he appears to drink it, when he lives the beer is still just as full as when the bartender originally gave it to him.

Another ghost that people encounter tends to hang out on the third floor of the Oxford. According to reports a woman murdered her lover before committing suicide in Room 320.  Other reports claim the reverse occurred, that a man killed his cheating female lover.

Horrifying events occur when single men are booked into room 320. Men who have stayed in the room alone claim that someone pulls on their arm but no one is there. They have also stated that while sleeping the sheets are ripped off the bed.

In other places in the hotel people have felt as though someone is watching them, have heard what sounds like wood breaking, and had the sensation that someone was walking behind them. 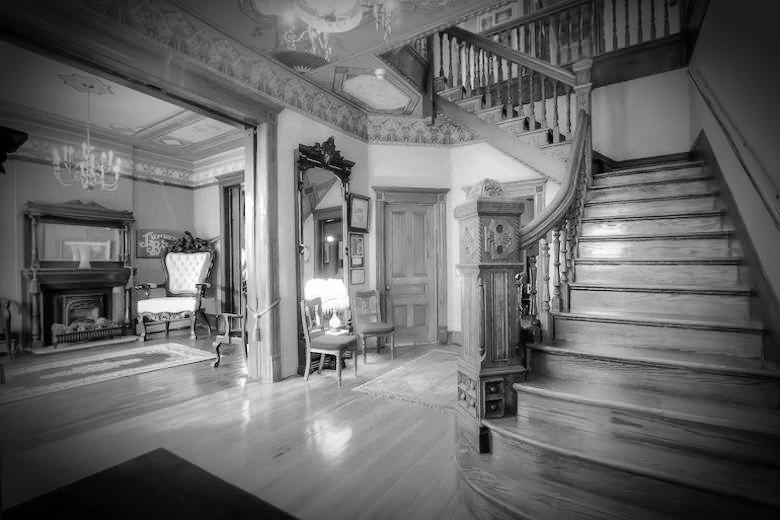 The Lumber Baron Inn & Gardens is architecturally a Queen Anne inspired mansion built in Denver in 1890. The impressive structure and landmark in Denver was originally a single family home prior to fall into complete and utter disrepair.

After being saved the condemned home was returned to its former glory with some modern twists. The mansion is also the site to a double homicide that occurred in 1970. Today the Lumber Baron Inn & Gardens has a reputation for being an idyllic destination to hold important events or simply relax in their cozy rooms.

The Lumber Baron is also known as one of the many haunted hotels in Denver. Numerous ghosts have appeared throughout the mansion. One duo that went to visit the mansion years ago was unable to gain entrance. Instead they peered through the windows and took pictures. One of the pictures showed what appeared to be a man in jeans and a plaid flannel shirt.

Other people who have stayed in the Lumber Baron claim lights flickered, personal items were moved, and footsteps were heard on the stairs. Other footsteps appeared to cause the floors to creak when nobody was there.

A woman dressed like a flapper appears before people seemingly holding champagne. There are also claims that the mansion has cold spots, furniture moves on its own, as well as windows that will randomly close without any assistance from the living. 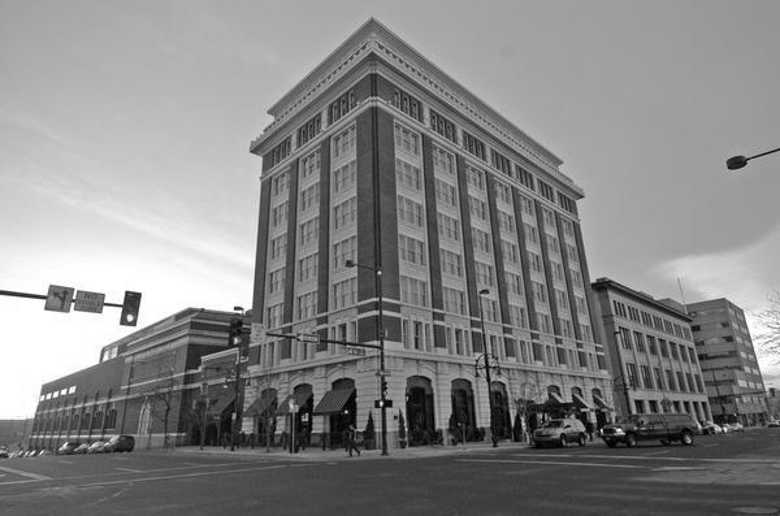 In 1911 an impressive building opened in Denver, that building is now the Hotel Teatro. Originally the building served as the Denver Tramway Building.  The building has served a variety of purposes over the years and now has the ghosts of some of its former residents and workers haunting the place.

People have graced the entrance to the now luxurious hotel have claimed that they have heard voices coming from empty rooms. Paranormal activity includes objects being moved around in guests’ hotel rooms, the sound of disembodied voices, and the feeling that someone is in the room with them.

One of the most famous ghosts that has appeared to guests of the Hotel Teatro was given the name the Tool Man. It is believed that a worker who died in the building has never left. He wanders the hotel with his toolbox. People who have attempted to speak with the apparition see him vanish before their eyes without a single word. 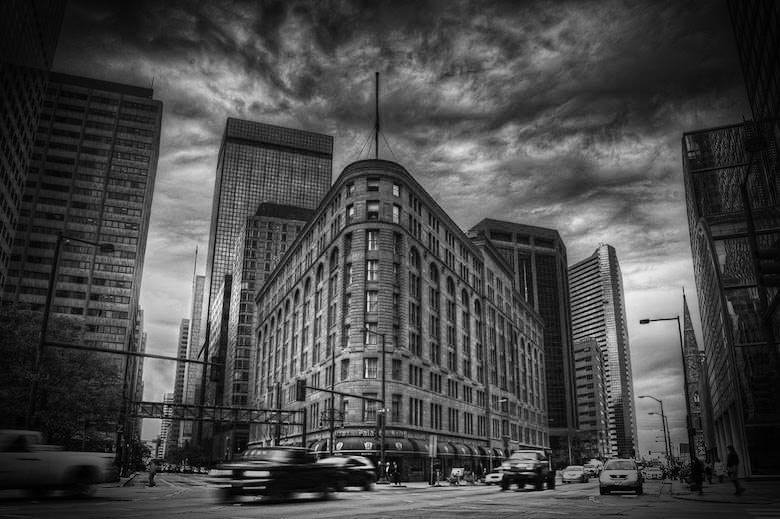 In 1892, the people of Denver saw the opening of the famous Brown Palace. The luxury hotel has not closed its doors since that day. It has been host to countless people from the average traveler to celebrities, presidents, and prime ministers.

With such a long history it is not surprising that the Brown Palace Hotel is among the list of haunted hotels in Denver. One of the ghosts that people have encountered in the Brown Palace used to call the hotel her home.

Louise C. Hill had an apartment among the top floors. It is said she had a very sad life and she shares that sadness in the afterlife. She is felt in the room and many people she is the cause for the phone calls to the front desk that are nothing but static.

The ghostly figure of a man in either a uniform or a suit, including a cap, is frequently spotted standing just outside the entrance or inside the Club, which is part of the hotel.  Some witnesses liken the outfit to that of a railroad conductor from yesteryear.  When spotted anyone that attempts to approach the apparition of this man will be sadly disappointed as he simply vanishes into the wall.

Along with the ghosts people have witness; there are reports of there being something almost alive with relation to the carpet. The lights of the hotel also like to turn off and on at will.