They say that everything is bigger in Texas and that might just apply to the scares as well! The Lone Star state is full of haunted hotels, ghost towns, terrifying hospitals/asylums, haunted schools, and real haunted houses all with their own ghost stories to tell.

Let’s dive into these ghost stories now starting with the ten most haunted places in Texas: 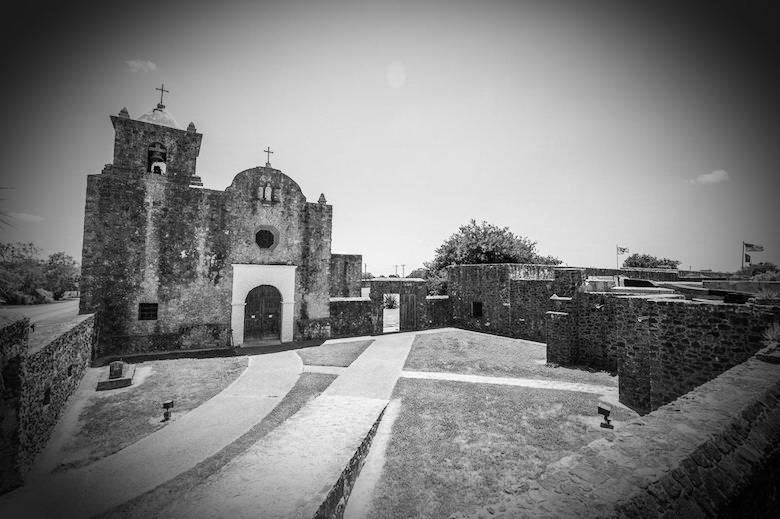 The first stop on our tour of Texas ghost stories, leads us to Presidio La Bahia, in Goliad. Presidio La Bahia was founded back in 1721 and over the years there have been many Texas Revolution conflicts that have taken place at the fort including both the Battle of Goliad and the Goliad Massacre.

As you can probably imagine  Presidio La Bahia has seen a great deal of death, so it is hardly a great surprise that it has become one of the most haunted places in Texas.

There is an abundance of spirits trapped here, some of them scared and hurt, but most of them angry!

There have been frequent reports that the cries and screams of injured soldiers can be heard coming from the fort at night and there have been reports of witnesses seeing the apparitions of soldiers as well. 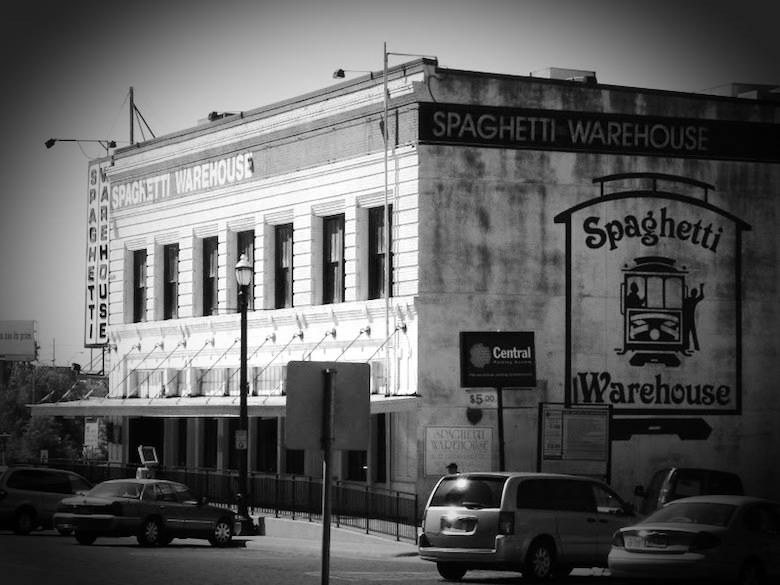 The Spaghetti Warehouse is a restaurant in downtown Houston which used to be a pharmaceutical warehouse.

The majority of the paranormal activity seems to occur on the second floor which is where the owner of the pharmaceutical company died tragically while working on the elevator one night.

However, it is not him that is haunting the property, but rather his wife who comes looking for him after the restaurant closes for the night.

This lady in white is often seen walking around and on occasion, she rearranges the table settings and moves chairs around! 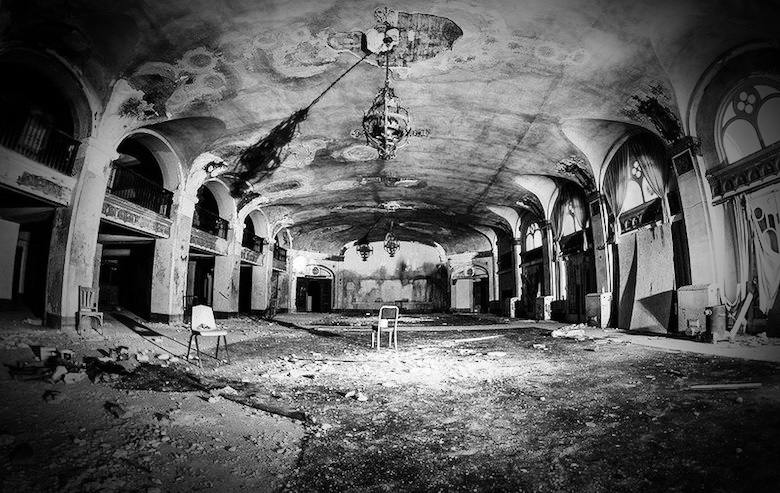 The Baker Hotel is currently closed (undergoing renovation), but the hauntings began long before the doors closed.

There are two main spirits that are blamed for the paranormal activity that is reported here and both have been spotted on a number of occasions.

The first is the ghost of a bloody nude woman up on the seventh floor who many people have suggested could be the mistress of the one time manager of the hotel who is said to have jumped to her death from the balcony when she was no longer able to cope with the emotional turmoil that the affair caused.

The other spirit is apparently the ghost of a man who was killed when he was caught in the elevator door. 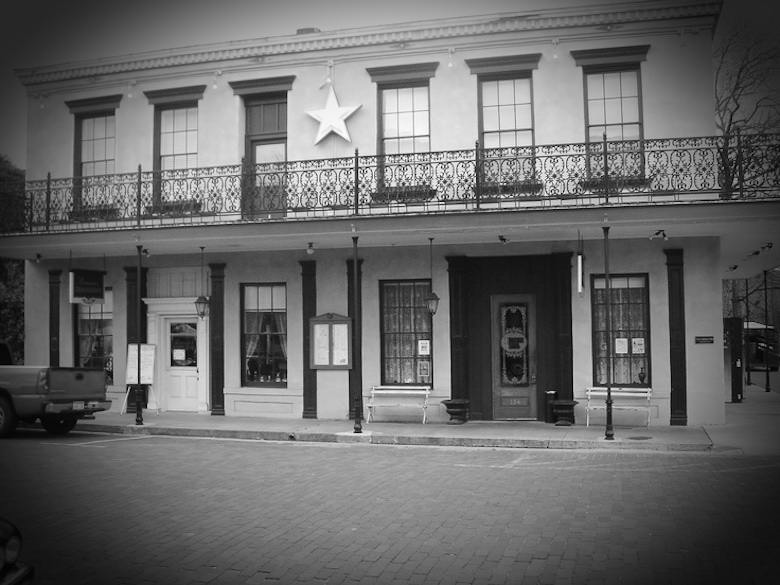 Other reports of paranormal activity include knocking on the walls in the middle of the night, footsteps running down the hall, children laughing, disembodied voices and strange shadows. 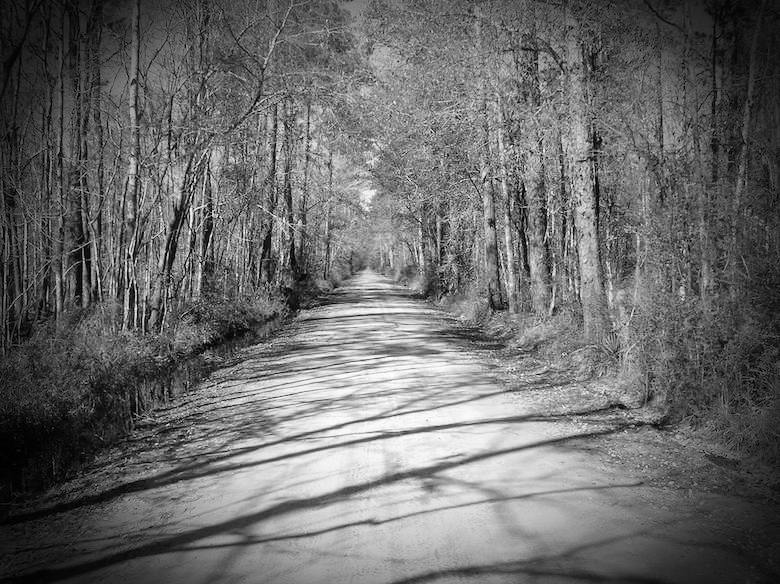 Bragg Road, in Saratoga – perhaps the most well known of haunted roads in Texas. If you ask pretty much anyone in East Texas they will tell you the legend associated with Bragg Road.

The story says that most nights you can see a flickering light in the distance as you drive down the old logging road.

It is said that this is actually light coming from the lantern of a  railroad worker who is still searching for his head after being decapitated by a train! 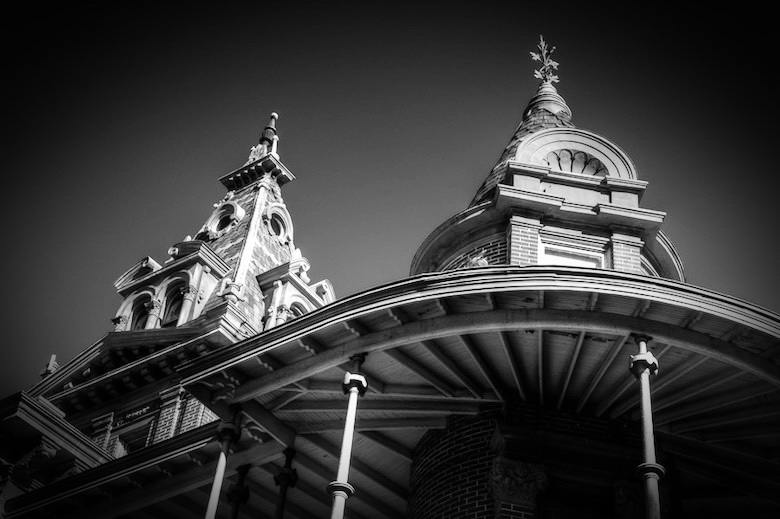 Littlefield House looks like a beautiful fairy castle, but it is one of the top haunted houses in Texas.

It is said to be haunted by Alice Littlefield, the former mistress of the house. It is said that she was insane and that she rarely left the house while she was alive, so it makes perfect sense that she has stuck around after her death.

She is often seen wandering around upstairs and people have also heard her playing the piano. 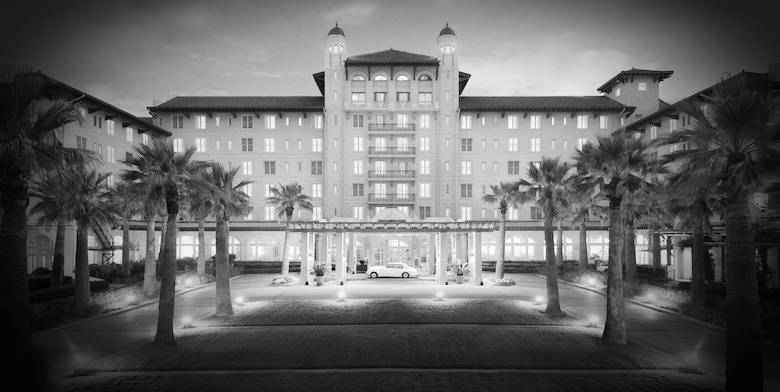 The Hotel Galvez is one of the oldest hotels on Galveston Island and it is also one of the most haunted locations in Texas.

Room 505, in particular, is said to be haunted and many guests cannot make it through the night due to feeling so uneasy in the room.

There is often an unexplained scent of Gardenias in the hotel which is said to signal the ghost’s presence. The spirit is known as ‘The Lovelorn Lady’ and she has been seen wandering the halls on the fifth floor of the hotel.

She died in the hotel after hanging herself when her husband died at sea. 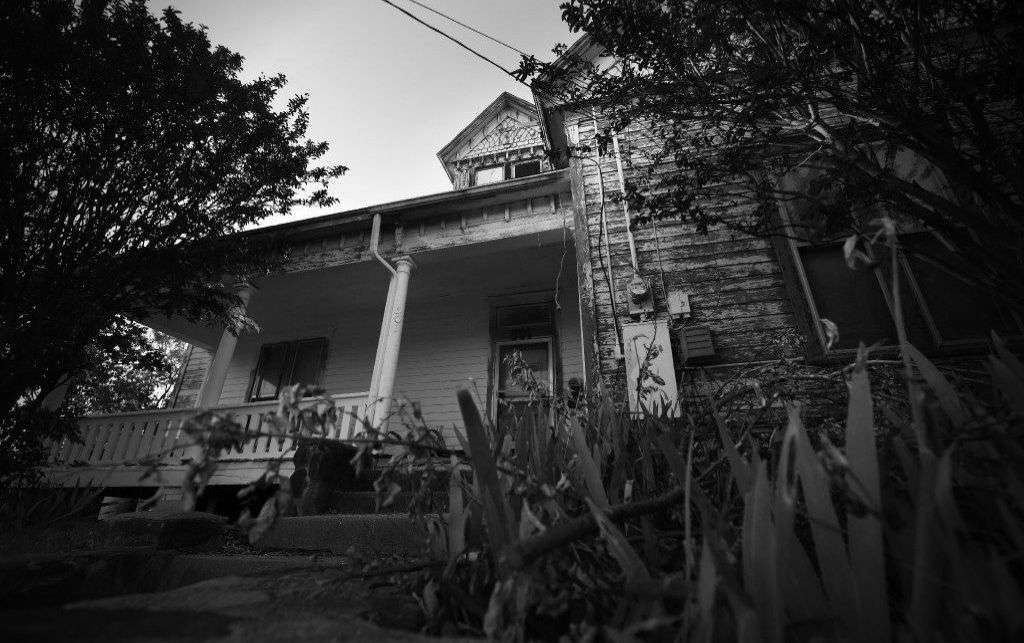 If you’re looking for evidence of the paranormal, then the sheer number and variety of the reports emanating from this house will leave you astounded. EVP’s are commonplace, the dark figure of a man known as the shadow man is also another common sighting.

The most unsettling of all the happenings here, however, is the sheer number of physical attacks people have reported – from being scratched and pushed, to even being bitten!

Simply put, this is one of the most haunted houses in Texas! If you want to experience a truly haunted location then this is it!

Many people have been so freaked out by the paranormal activity here, they’ve run out of the building never to return! 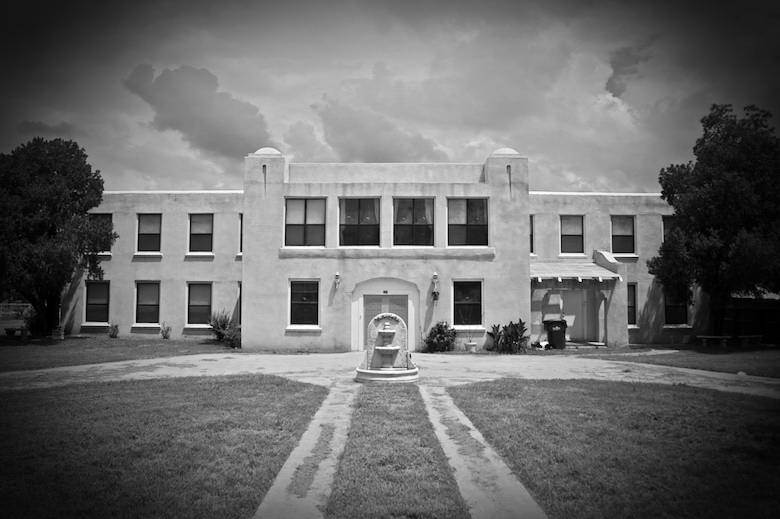 At the top of the list of most haunted hospitals and asylums in Texas! If you are a fan of the paranormal, then you already know that there are few things that are scarier than a creepy old abandoned asylum!

The White Sanatorium in Wichita Falls, Texas is certainly no exception to that rule. It has long been rumored that some very strange experiments conducted inside the asylum which could be the reason why it has become one of the most haunted places in Texas.

People who have visited the property say that they have heard screaming children, seen lights go on and off and even seen some ghosts sitting playing cards!

Apparently, the building has been purchased by a private individual who now lives there – what a brave soul! When it comes to real haunted houses in Texas, there’s surely none that can say they were once a haunted asylum too! 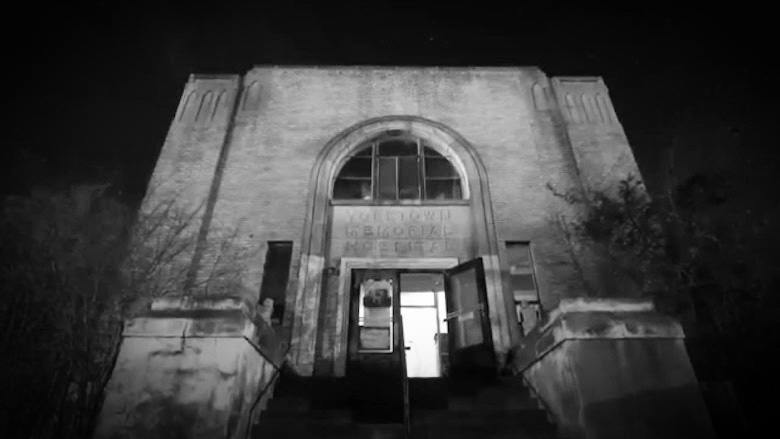 Yorktown Memorial Hospital is one old building with a very colorful history.

The hospital was built in the forties and remained open until 1988, but even before it closed its doors the staff, patients and visitors were reporting paranormal activity in the building, so imagine what it must be like now that it is abandoned!

No wonder people say that it is one of the most haunted places in Texas!

One of the most well-known ghosts in residence is a man named TJ who died of a heroin overdose. He was dumped on the front step by his friends, but as they failed to ring the bell nobody discovered him until the next morning by which time he was already dead.

He is said to haunt the hospital but seems to be in good spirits as he tends to joke around with any of the ladies who enter the old hospital. He is particularly fond of pinching them on the butt!

It has also been claimed that if anyone with tattoos or body piercings enters the chapel then the spirits of the nuns who built and operated the hospital will choke or hit them for defiling their bodies.

The on-site caretaker has also described seeing black ‘shapes’ the size of a large dog and a large man with glowing red eyes!

View All Ghost Hunts in Texas