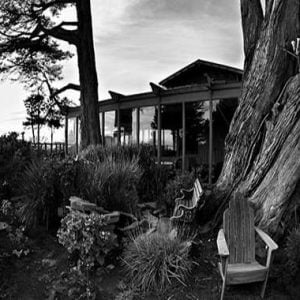 If you go looking for the ever elusive Ventura Highway, there’s a very good chance you’ll stumble upon the Pierpont Inn…And perhaps the spirits of the guests and owners past!

This lovely property has been calling people to its doors since it opened in 1910. Two years before this, a woman by the name of Josephine Pierpont bought a patch of land which overlooked the Pacific Ocean. She meant to build an inn on the bluff.

It was during these first years of the 20th century that automobiles were coming into their own. Once Henry Ford introduced his Model T, the ‘Car for Everyone’, autos were suddenly affordable to the masses. Which meant many people loved to go riding all along the Pacific Coast in their automobiles. So, Josephine Pierpont built her inn which would be a welcome attraction for rest and good food to those passing by.

The property boasts some beautiful architecture; the main property is a Craftsman Style bungalow structure, and two English Tudor-style cottages were added in 1925 by Josephine’s son, Austin Pierpont. In 1935 a Spanish Revival Banquet Center was added and in the 1950s along came A Mid Century Modern Retreat – The 50s Flat. Everywhere you look there are lush garden settings amidst peace and quiet.

But, how quiet is it?

In 1928, the inn was purchased by Mrs. Mattie Vickers Gleichmann and along with her husband, they were able to re-open the inn a year later. All through the 1930s and 1940s, the Gleichmann family operated the inn, making it more modern and adding an East Wing in 1954. Mattie lived to be 100 years old and by 2009 the inn was sold to an investor named Grace Ahn.

Over time, people began noticing strange things happening at the inn. Who could be behind all of this? Was it Josephine, Mattie or perhaps one their guests named Emily Darling?

Is the Pierpont Inn haunted?

There have been formal investigations into many areas of the inn, with different teams of paranormal experts setting up audio and video in the hopes of contacting those who have gone before. An investigation took place which started in the library of the inn itself and then moved to the main room where there is a fireplace.

Questions were asked of a former caretaker named Ted, who occupied the Spanish Revival Banquet Center. The investigators wanted to know if Ted was still there and how he felt about all of the past and present renovations going on. Initially, it was thought that nothing was happening. No audio to speak of. Yet, overhead footsteps could be heard.

There were only four investigators during that session and no one else at all in the inn. Yet, the audio picked up clear sounds of tapping or someone walking on the floor above. As the investigators continued walking around the inn, they delved into areas which have been closed to the public as well as into the bar and the restaurant areas.

It was on the staircase leading up to closed offices where paranormal activity seemed strongest. This area of the inn is reputed to be haunted by the spirit of a young girl (Emily Darling?). It was here that the electromagnetic field meters  (EMFs) which are used to detect curious energy sources were lighting up like Christmas trees. Could this have happened due to wires in the walls or was it a true energy spike of supernatural power?

Once upon a time, these offices were just the attic. If you go looking for eerie, you’ll find it here. In the catering offices there were produced a few unusual pictures, and these showed light anomalies that the photographic expert could not explain. The EMF meters were again behaving in a weird way and in areas where there were no other energy sources. While in these offices, a few of the investigators noticed a pen moving by itself and staff at the inn have repeatedly reported pens moving around on their own. Oddly, when commanding the pen to move, it would not; as if the ‘ghosts’ don’t like being ordered around.

Here as well, there seemed to be much paranormal activity. EMF meters would blink on and off, with no discernible patterns as to where or why this would be happening. It was in this area that guests have reported seeing the reflection of a woman in white, on a glass-paned door, but the researchers could not capture any reflection at the time.

The inn is definitely haunted. Especially in the staff offices and the staircase adjoining it. All of the investigators have reported how the atmosphere just felt different from the rest of the inn. That’s very telling in any paranormal analysis. As soon as you walk into certain areas of the inn, you ‘feel’ it!

Who haunts the Pierpont Inn?

Some say it is Josephine herself, so reluctant to leave her beloved inn. Other people will point to longtime owner Mattie Gleichmann who owned and renovated the inn for over 70 years. There is also a former guest by the name of Emily Darling, who some say haunts the inn, too.

Over the decades the Pierpont Inn enjoyed many renovations, new room additions, new hotel staff and updated guest rooms every year. It’s activity like this that will trigger those who “live” there to respond in kind. For instance, always folding the top comforter on the bottom of the bed in Room 603 or noticing lights flickering on and off in one of the dining rooms is certain paranormal activity.

There are many hotels and mansions in southern California which claim they have apparitions walking their hallways or unexpected voices or noises that interrupt your sleep. At the Pierpont, you may even spot one of the former owners strolling around the gardens or cavorting up to the bar all wrapped in a scent of rose perfume. Many former guests are convinced the inn is haunted.

Is the Pierpont Inn haunted? Don’t take our word for it; go out and experience it for yourself. There’s nothing to fear there as the apparitions are all friendly. After all, Josephine, Mattie and company all loved their inn to death. Could be, that’s what is going on. You’ll just have to find out for yourself! 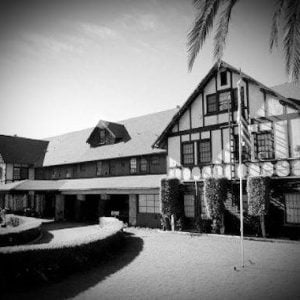 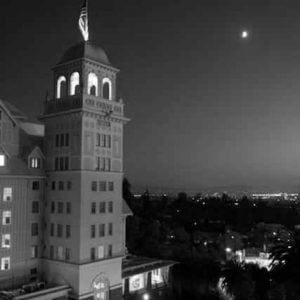 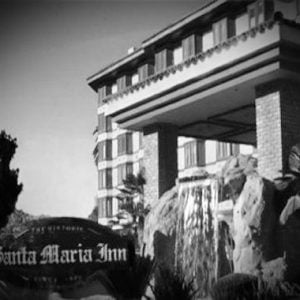