If you ask most people about Orange County, then they will likely describe it as a sun-drenched paradise. However, if you ask the locals to tell you about some seemingly innocent looking locations around the OC they will be only too happy to tell you all about the stranger side of the area. Tales including apparitions, light anomalies, and even unexplained noises will soon have you seeing Orange County in an entirely different light.

Join us as we look more closely at some of the most haunted places in Orange County, CA: 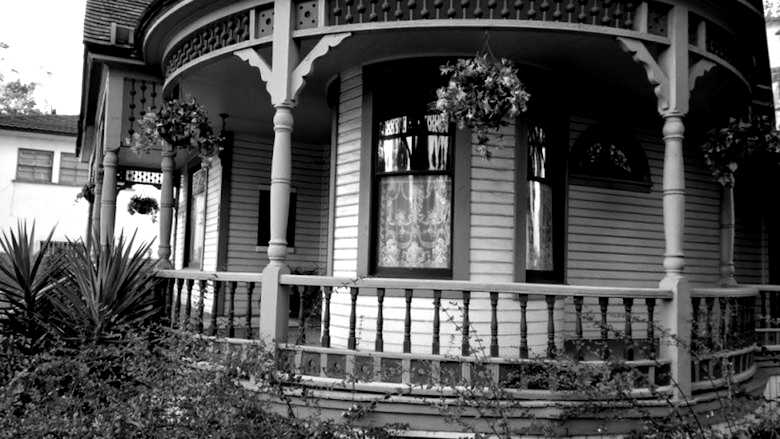 One of the most haunted places in Orange County is said to be Red Cross in Anaheim. What is particularly interesting about the paranormal activity is that these ghosts are far from scary.

In fact, the resident spirit here is said to be a bit of a matchmaker! If a man and woman walk upstairs to the second floor, the ghost – who is believed to be the original caretaker of the property – will push them together, but only if he believes them to be a good match!

There have been many couples who have come to visit in the hope of getting a spooky seal of approval from the caretaker! 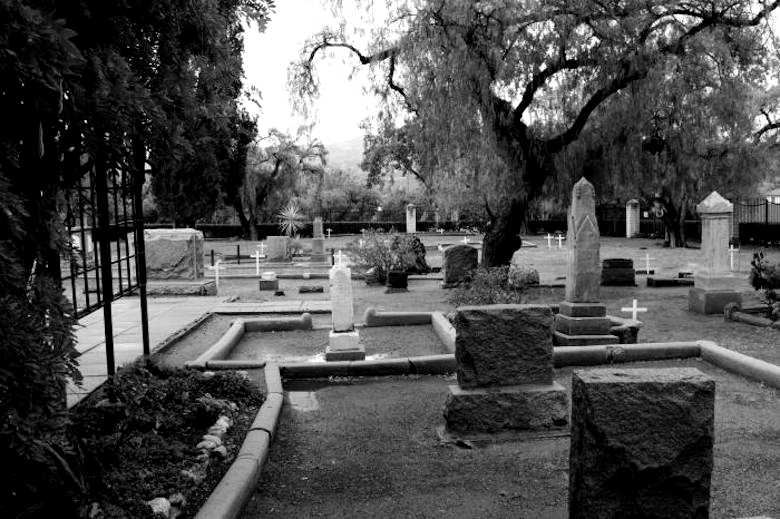 Yorba Cemetery is home to a spirit known as the Pink Lady Ghost who is described as a 17-year-old girl dressed in a pink gown who is usually always crying. She has been spotted in the cemetery for many years now and is apparently the spirit of a girl who died under tragic circumstances in a buggy accident on her way to prom sometime around 1910.

However, not everybody believes this particular tale. Some say she has actually been identified as a local woman named Alvina de Los Reyes who died of pneumonia. Whoever she actually is, most witnesses agree that she is quite obviously distressed by her untimely demise.

The cemetery dates back to 1834 and although the pink lady is the most well-known spirit, there are others who haunt here too. The gates have been closed since 1939, but there are tours available by arrangement for those who would like the opportunity to explore. 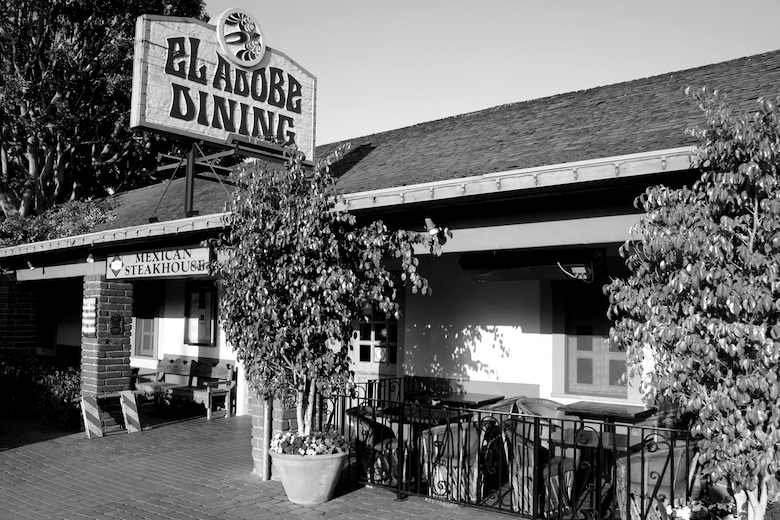 It’s most famous ghost story is a particularly disturbing one! Local legend states that there is a headless monk was walks around the restaurant carrying an ax. No-one is sure who he is or why he is carrying such a weapon, especially since there were never executions carried out while this was a jail.

Other reports from visitors state that they have also seen a spirit known as the White Lady of Rios Street peering in through the windows. 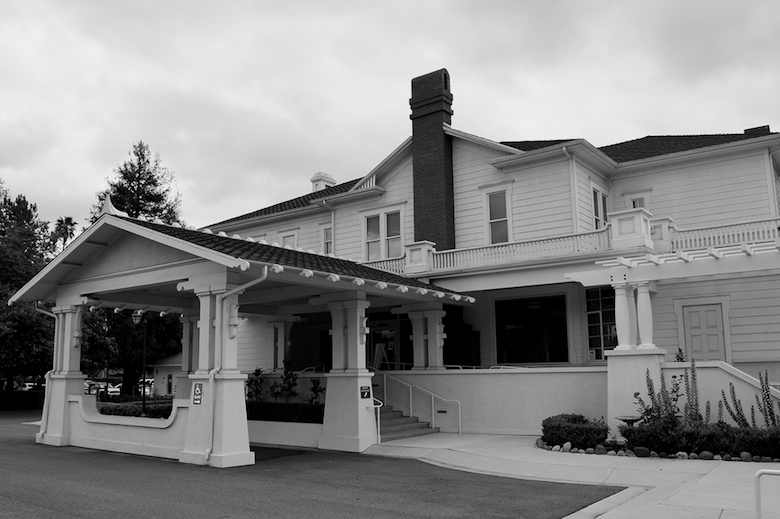 The reports of the mysterious lady in blue have been coming in for several decades at the Irvine Ranch House in Orange County. It has been suggested that she is actually the spirit of Kathryn Helena Irvine Lillard, who is said to have died in the building at a fairly young age due to some serious complications in childbirth in1920.

The house burned down in the 1960s and was eventually replaced by the Irvine Katie Wheeler Library. Although Kathryn roamed the property for several decades, the librarian says that she is unaware of any more recent reports. Has Kathryn left her home, or is she just keeping out of sight, getting to know the new layout of the place and waiting for an opportunity to return?

There is also a tall man that has been sensed by various people. It’s believed he’s Kathryn Helena Irvine Lillard’s Father James H. Irvine. Also staff often hear someone singing when there is no one there. 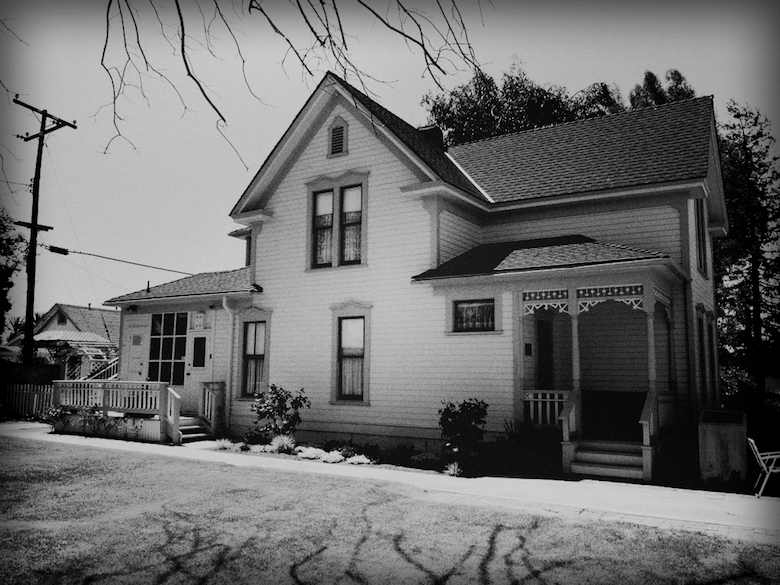 Stanley House is a historic home located in the Garden Grove area of the OC. It has long held a reputation for being one of the most haunted places in Orange County thanks to a number of ghostly inhabitants.

The most well-known specter is the house’s original owner Agnes Stanley. As she entered the later stages of life she found herself unable to climb the stairs in her home and her physical weakness made her very bitter.

This is something that she seems to have held onto even after her death since she is known to appear in spirit on the staircase blocking others from ascending. Guests sometimes find it difficult or even impossible to get past her and go upstairs. 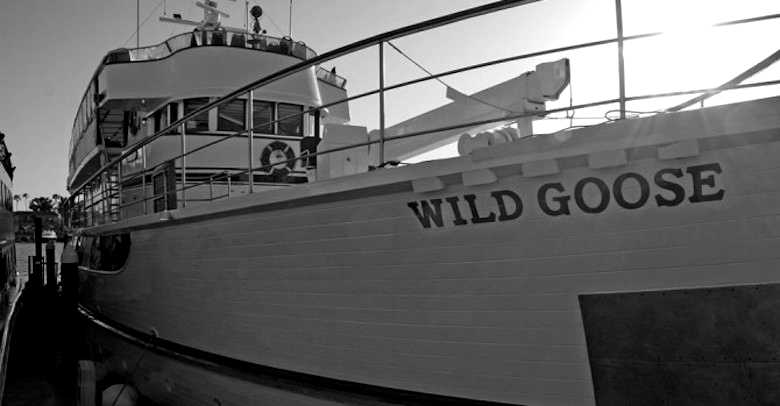 Movie legend John Wayne aka ‘The Duke’ loved Newport Beach so much that it seems like he may have decided to stick around even after his death. The Wild Goose is the luxury yacht that he purchased in 1979, just a few short months before his cancer claimed his life.

It seems like he has decided to make the most of it in his afterlife since those who hire it out often hear loud footsteps and experience lights that switch on and off on their own and doors in empty rooms mysteriously locking themselves.

These strange occurrences have been happening for decades and have been experienced by a variety of different people, some of whom even to seen the apparition of John Wayne himself.

Black Star Canyon sits in the foothills of the Santa Ana Mountains and is considered to be one of the most haunted places in Orange County. The area is known for its natural beauty by day, but at night things become very different indeed.

Those who have braved the canyon after dark, tell tales of horrifying deranged screaming, shadow figures that seem to shapeshift, ghostly apparitions and even satanic rituals taking place.

Some believe that a great deal of the paranormal activity linked to the location can be blamed on the fact that Black Star Canyon was the site of an Indian massacre at the hands of the Spanish Conquistadors in 1831.

It may be the happiest place on Earth, but Disneyland is also said to be one of the most haunted places in Orange County. It is said to be haunted by the spirit of Walt Disney himself who apparently likes to wander around the Magic Kingdom.

There have also been sightings of a female apparition around the Matterhorn which is thought to be the ghost of a lady who died on the ride. There is also a little boy who has been seen weeping at the exit to the Haunted Mansion ride, apparently upset that his ashes were scattered here by his Mom.

The scattering of loved one’s ashes has become something of a tradition at Disneyland even although it is actually forbidden. Employees regularly have to clean up ashes and bone fragments.

There are also reports that some of the skulls and other bones decorating the Pirates of the Caribbean ride are real human ones! With all of these human remains around the park, it is no surprise that there are so many reports of paranormal activity. 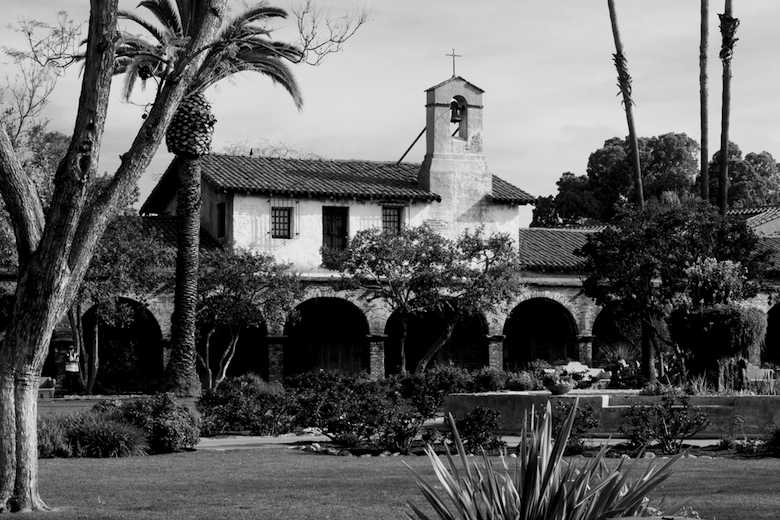 We have already heard from one ghostly Monk in Orange County, but the one that is haunting Mission San Juan Capistrano still has his head firmly attached! However, witnesses claim that he doesn’t have a face! There are also reports of a headless soldier who stands guard over the grounds.

The mission’s bells are also known to ring all by themselves at random times during the night! Overall, this is just an all-around creepy type of place! 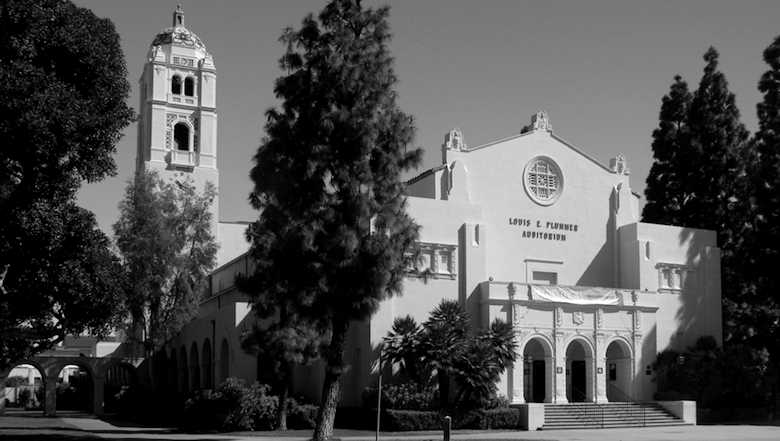 Plummer Auditorium is now part of Fullerton High School and is home to the Fullerton Civic Light Opera. However, from time to time this auditorium puts on a show of a totally different kind and it is all thanks to its namesake Louis Plummer who seems in no hurry at all to leave despite the fact that he is dead!

It is actually the last remaining access point to some very mysterious tunnels that run underneath Fullerton. At one time, these tunnels were open for exploration, and many returned with stories of disembodied voices and some disturbing sights and sounds.