Located in downtown Las Vegas, The Flamingo Hotel & Casino, was once billed as the world’s most luxurious hotel. Today, it has remained very popular among gambling folks and paranormal researchers. Bugsy Siegel is said to be one of the many spirits that still gamble here.

The Flamingo Hotel in Las Vegas has its share of ghost stories and this is one of the many reasons why a lot of people flock to it yearly. Most of the ghost stories revolve around Benjamin “Bugsy” Siegel, the mobster. He is said to haunt the Presidential Suite which reportedly has the gold faucets and bathroom fixtures from his old apartment in the hotel. He has also been seen in the gardens near his memorial, and the wedding chapel, where his old apartment is said to have been located.

On the October 1999 issue of the Casino Magazine, it was reported that dozens of people have seen Bugsy’s ghost in the Presidential suite of the hotel. Other people have seen the ghost wandering the twisted paths of the garden.

The Flamingo Hotel in Las Vegas is now owned by Caesars Entertainment Corporation. It started as a piece of land which was originally owned by Charles “Pop” Squires. He originally paid only $8.75 for each acre. In 1944 Margaret Folsom bought the land and sold it to Billy Wilkerson.

In 1945 Wilkerson bought 33 acres of the land in preparation for his vision of a hotel. He then hired George Vernon Russell to design the hotel. However, Russell had no experience designing a hotel and because the costs of the materials during wartime were so high, Wilkerson almost ran into financial problems. Bugsy Siegel heard that Wilkerson was seeking extra financing so he and his partners bought two-thirds stake in the project. He then took over the final phases of construction and convinced his friends with criminal ties to invest in the project, as well.

Siegel finally opened the hotel and casino in December 26, 1946 at the total cost of $6 million. It was the first luxury hotel in the Strip.

The Flamingo Hotel was named after Segiel’s girlfriend, Virginia Hill, who was nicknamed Flamingo because of her long and skinny legs. It offers 3,626 hotel rooms and has architecture reminiscent of Art Deco style with the style of Miami. The Flamingo Hotel has headline shows to entertain guests and visitors. Some of the previous headliners were Toni Braxton and Gladys Knight. The current headliners are Donny and Marie Osmond. Others shows at the hotel are magician Nathan Burton, comedians Vinnie Favorito and George Wallace.

The hotel’s garden courtyard has a wildlife habitat featuring flamingos, as well as other birds. The hotel has its share of celebrities and the 1960 version of the movie Ocean’s Eleven was filmed there. If you want to get married the Las Vegas style, the Garden Chapels are there for your needs. The hotel has a professional team of wedding professionals which can help you along the planning process of the most special day of your life.

There are five areas to select from amidst date palm trees, exotic waterfowl and waterfalls. There are also various wedding packages to choose from.

Las Vegas is a lively city and you will never run out of things to do. The hotel’s Spa & Fitness Center offers a wide range of spa services like body treatments and facials for both men and women. There is also a wet and dry sauna. The Spa can accommodate people who would like to have a good workout or those who would like a relaxing reward for themselves. If you want to go on retail therapy, the Strip has various shopping destinations where you can go to. Do you like books, novelty items, designer clothes or perfumes? Name it and the Strip has it.

Before going home, be sure that you drop by the Promenade Gift Shop. If you are a golf enthusiast, you can go to two of the most beautiful courses, the Rio Secco and Cascata golf courses. If you want to learn how to play golf while on vacation, you can go to the Butch Harmon School of Golf. Want to drink or enjoy the night? Bugsy’s Bar is open for 24 hours and is located in the center of the casino. The Garden Bar also makes the perfect place for afternoon and evening cocktails. You will also get great views of the waterfalls and the Flamingo lagoon. 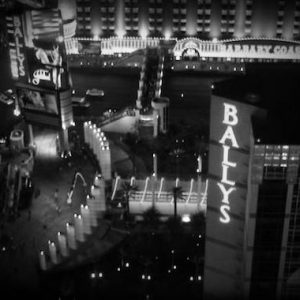