Built with the grandeur of old Victorian mansions, Marrero’s Guest Mansion is a charming bed and breakfast which is the perfect place for relaxation for city dwellers. Many believe that the mansion’s original dwellers have chosen to remain behind after death to keep an eye on things.

Key West in Florida is thought to be one of the most haunted places in the United States but it has also been the vacation destination of many people because of its splendid beaches. The laid-back lifestyle, rich seafood and fine history are what draw many people back to it year after year. Another thing which also lends Key West its charm is many ghost stories told about it. Looks can be deceiving, every little town has its secret and Key West has a share of its own.

Marrero’s Guest Mansion was built by Francisco Marrero to lure his beloved Enriquetta to the island. They later got married and had eight children together. When Francisco died, Enriquetta and the children got evicted from the house. Before leaving she announced that, “I will always remain in spirit.” She apparently returned to the house after her death. Both guests and hotel staff have felt her presence in the house, it is apparently strongest in room 18. However, everyone is quick to agree that she is a benevolent spirit, just keeping an eye on things.

It is said that if Enriquetta disliked guests, she would sway the chandelier back and forth. Guests who have stayed in her room have gotten a visit from her. She would enter the room looking for her hairbrush, getting ready for bed. She would sit at the foot of the bed and the smell of her perfume lavender would fill the room.

Marrero’s Guest Mansion was built in 1889 by Francisco Marrero. He was a prominent cigar maker who fell in love with a girl named Enriquetta. He built the mansion with the intention of luring his young love to the island. He was very successful because his bride enjoyed the life in the island. The only problem was that Francisco was already married in his home country, Cuba. After Francisco died, his first wife found out about the marriage and the estate in Key West, Florida. She came to the island with lawyers in tow and Enriquetta was banished from the mansion with her two children.

Stepping into Marrero’s Guest Mansion is like stepping back in time. The mansion is steeped in mystique and history and it has been lovingly updated and restores to bring back its former glory. It is now a bed and breakfast which features true island hospitality.

The original architectural detail of the mansion remains the same. The mansion offers spacious guest rooms which have sleeping and sitting areas. All the rooms have been updated with all the conveniences you would expect from a modern hotel. There are 12 rooms in total to choose from.

There are many places to explore on foot in the Key West area. It is a delightfully fun and relaxed place to be. Duval’s Street is just a few blocks away and it offers excellent restaurants, tropical shopping centers, art galleries, pubs and clubs. There are also various water sports to enjoy such as sunset cruises, sailing, snorkelling, fishing, dive trips and even sea plane flights.

Even if you are on the island, you will be able to enjoy a good show with all the theatres in the area. The Waterfront Playhouse has been named the best professional theatre in Florida in 2010 and 2011. It features a wide range of comedies, musicals, dramas, concerts and musicals for locals and tourists. One of the best parks in the country, Dry Tortugas & Fort Jefferson, is located in Key West, Florida. Ponce De Leon discovered the island in 1513 when he caught more than 100 turtles. There are daily tours given of the fort and it features camping, birdwatching, swimming, snorkelling and fishing. It was also designated as a bird reserve in 1908 by the Department of Agriculture. 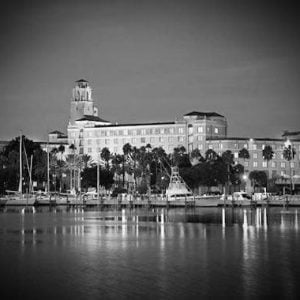 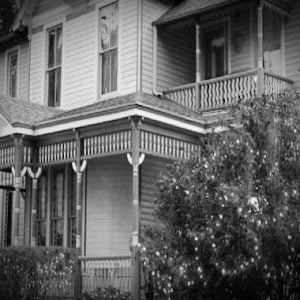