A former hospital and psychiatric facility, the Hotel Parq Central harbours years of pain and mental suffering. Patients and staff have witnessed apparitions and have experienced poltergeist activity, disembodied voices, and feelings of being watched. Is it the hotels’ old patients that haunt its rooms?

A one-time psychiatric hospital and continued cultural icon in the area, the Hotel Parq Central has decades of history, with many reports of the paranormal throughout the years.

Several of these incidents occurred during the time the building was known as Memorial Hospital. Many patients have had their own experiences including the sighting of apparitions. The top floor on the right wing is where a woman apparition has been watching people in the hallways. Patients also reported having their bedsheets pulled off them in the middle of the night.

Patients have stated that they’ve been so traumatised by some of the events in this ex-hospital, that once discharged they have continued to suffer form nightmares about the building.

Patients were not the only ones to experience things that couldn’t be explained, staff of the hospital did too. They would often have the sensation of being watched, as well as hearing something whisper in their ear, the movement of objects, and a general sense of heaviness throughout the buildings.

During an investigation in January 2011 by the Los Muertos Spirit Seekers, three team members experienced unexplained voices/whispering close to their location. They also reported distinct colness near their body, and a sense of being watched. After reviewing their evidence, some of these experiences were captured on digital voice recorders. They also carried out the flashlight technique – an attempt at communication with a spirit that involves the answering of questions through the turning on of the flashlight. This was a success, with several responses captured on video.

Opening in 1926, the building was named Sante Fe Hospital, and was used for the treatment of the employees of the Atchison, Topeka & Santa Fe Railway company. In the 40’s the hospital was renamed AT & SF Hospital, and later, in the 80’s, it was purchased by a group of psychiatrists and renamed Memorial Hospital. For the next 3 decades it was a place were children and young adults suffering from mental conditions were treated. It wasn’t until 2010, after a huge $21 million investment, and support from the city and the Huning Highland Historic District Neighborhood Association, that the Hotel Parq Central opened its doors.

The Hotel Parq Central is boutique hotel that offers both historic elegance and contemporary comfort. Guestrooms (of which there are 74, including 15 luxury suites and 3 spacious cottages) are each stylishly appointed. In your room you’ll enjoy high ceilings, large windows, rich fabrics, and custom designed furniture that compliments the inviting ambience.

You’ll be able to enjoy the outdoor dining plaza, spacious garden park and the rooftop lounge bar, which provides the most stunning panoramic views of the mountains, downtown city lights, and the Southwest sunsets. A complimentary continental breakfast buffet is included with your stay, and you can choose to enjoy this in either the parlour or the relaxing surroundings of the outdoor terrace.

Hotel Parq Central is ideally located, with the Big-I just south, as well as being just a short drive from the airport, the Rail Runner, and the train station, the hotel is just a few mins away from the city center where there’s an abundance of restaurants, bars, nightclubs, shops, and more. 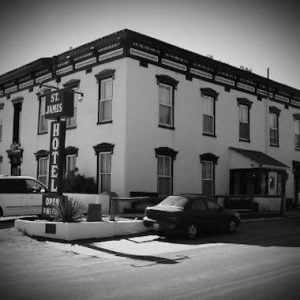 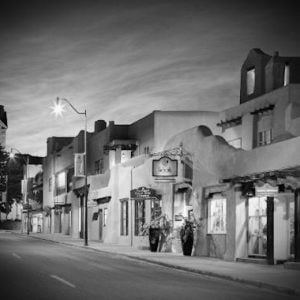