Welcome to the infamous, John Wornall House in Kansas City Missouri! Built in 1858 by prosperous Jackson County farmer, John Bristow Wornall, the Wornall House is one of KC’s historic and most haunted residencies.

Deposit option of $30 with the remaining balance due 1 month before the event date.

One of KC’s Most Haunted Locations!

Soon after the construction of the house, the Civil War began, splitting the nation in two, causing one’s friends and neighbors to pick up arms against one another.

The home was a field hospital during the historic Battle of Westport, which occurred just a few blocks from the property. Many soldiers were treated in the house, and a lot of these poor souls spent their last hours here. As a result of this traumatic time and so many deaths, the house is said to be the home to several spirits of long-dead soldiers.

Over the years employees and guests alike have reported countless paranormal experiences. You may just come face to face with a wounded soldier as the sighting of full-bodied apparitions of soldiers is a common one. They are all around the home, and have been seen standing guard at the doors, and patrolling around the balconies.

Aside from the reports of ghosts vanishing in the yard, another common occurrence is the mysterious appearance of a strong tabacco smell filling a room…Could this be one of the soldiers, John Wornall himself or some other soul who has returned to this historic home?

As well as a strong male presence in the home, there’s the perhaps more well-known spirit present – That of Eliza Wornall, John’s wife. Dying in the home shortly after the Civil War broke out, she suffered a traumatic life, struggling to come to terms with the death of her father and five of her children, she died shortly after giving birth to her seventh child, at just 29 years of age. Her restless soul is regularly seen throughout the house, her figure seen roaming the halls and standing in windows.

Noises, voices, and orbs floating on the rocking chair, in the children’s bedroom have also been reported.

One staff member’s account of the guns, hanging in the home being moved, so they aimed at the front door. Has to be one of the most frightening of all the paranormal activity at the Wornall House.

The only question you need to ask yourself now is whether you’re brave enough to investigate this foreboding building in the dead of night?

Ample parking is available on the site of the museum.

The Wornall House, built in 1858, survived a tumultuous period of history in the region. In the years leading to the Civil War, the Kansas-Missouri border was the site of violent conflict over the issue of slavery in Kansas Territory. John Wornall, a slaveholder with family ties to the south, tried to maintain neutral, but more than once was a subject of violence. This violence continued during the Civil War and Missouri became increasingly divided.

Young Frank Wornall recalled numerous times that the house was ransacked by soldiers and guerillas from both sides of the state line. At one point John Wornall was almost hanged from the balcony of his home by a group of Confederate guerillas, called bushwhackers. In October 1864, the Kansas City Journal of Commerce reported, “We learn that a gang of bushwhackers robbed Mr. Wornall about four miles from Westport, being close to the state line, night before last. They took his watch, money, and all his clothing, even to the coat on his back and his underclothing; also two horses. There were eight in the gang.”

In fall 1863, Colonel Charles “Doc” Jennison, leader of the Seventh Kansas Calvary, commandeered the Wornall home as his headquarters. About 200 men under his command occupied the farm for eight days, burning fences, killing livestock, and destroying crops. At the end of the eight days, Jennison admitted that he had come to kill Wornall because of his southern sympathies, but finding no evidence to support these rumors, Jennison departed, leaving over $2,800 for damages done to the farm.

In August 1863, the Union army attempted to establish control by issuing Order 11. This order gave residents, regardless of loyalty, living outside Union occupied towns in several Missouri counties 15 days to evacuate their homes. The Wornall family tried to find accommodations in Westport but the town was racked by guerilla violence. The family decided on the safety of Union-occupied Kansas City, so John Wornall signed the loyalty oath and purchased a house at 9th and Main. Fortunately when the family returned to their country house in the spring of 1864, it had suffered no damage from the Order.

The Battle of Westport – Farmstead to Field Hospital

The culmination of this constant fighting was the Battle of Westport in October 1864. The main part of the battle occurred at present-day Loose Park, one mile north of the Wornall house. Each side suffered around 1,500 casualties. Makeshift hospitals were set up, including in the Wornall House. Confederate soldiers commandeered the house in the morning, destroyed most of the furnishings, and knocked down the banister of the staircase so that stretchers carrying the wounded could be carried to the second floor. As the Confederates retreated, all their wounded who could be moved were taken away, and then the Union used the house for their injured.

“In a few hours the house was full of the wounded and dying.” – Frank Wornall

John Wornall was conscripted for the Union army but talked his way out of it. However, the fighting began before he could return home and he watched the battle from the roof of a hotel. Eliza Wornall and her 9-year-old son Frank remained in their house during the battle. Eliza cooked for the soldiers throughout the day and narrowly escaped injury from a stray cannon ball while Frank witnessed the treatment of the wounded and even cared for one soldier himself.

Shortly after the Battle of Westport, bushwhackers killed Eliza’s father, Rev. Thomas Johnson. The day following the funeral, John received a warning not to return to the farm. His hired hand told him that on the night of the funeral, the house was surrounded by bushwhackers who said they killed Rev. Johnson and wanted to do the same to John Wornall. The family went back to their house in Kansas City. In this home Eliza gave birth to her second son, Thomas Johnson Wornall, and died a week later. Although the war ended in April 1865, John did not return to live in the country house until 1874. He returned with his third wife, Roma. 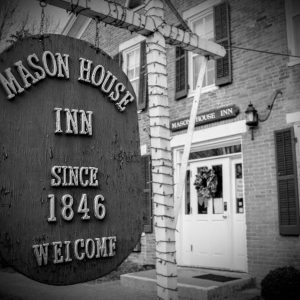