Maine is a beautiful state in the easternmost part of the United States. When people think of main they think of rolling mountains, jagged, rocky coastline, and some of the best seafood in the nation. A conversation about Maine would not be complete without mentioning its lobster and clams. This beautiful state is also the home to a number of locations that experience paranormal activity.

Here are the top 8 most haunted places in Maine: 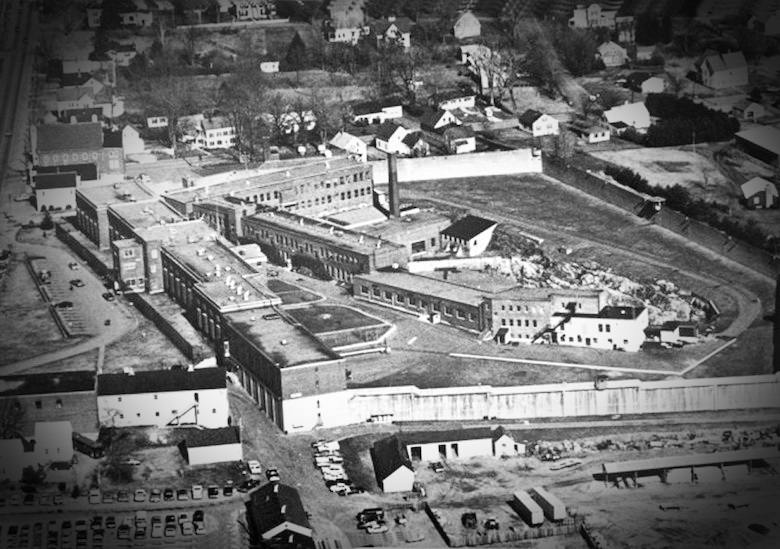 In 1824, in Thomaston, Maine the Maine State Prison was established. The purpose behind the facility was for prisoners to serve out life sentences doing hard labor. In other cases, prisoners served hard labor for shorter periods. Men and women alike served time at the Maine State Prison. Eventually women were moved from the facility. During its history the facility was devastated by fires multiple and rebuilt. The prison also had sections for mental health and a segregation unit.

In the many years the Maine State Prison has been in use there have been reports of sightings from guards and prisoners alike. Guards have made claims of someone watching them when there was no one around. Others have stated they have seen the spirits of former prisoners at night when the prison is at its most quiet. Many believe some of the hauntings are a direct result of equipment from an old prison on Thomaston being moved to, and used at, Maine State Prison. 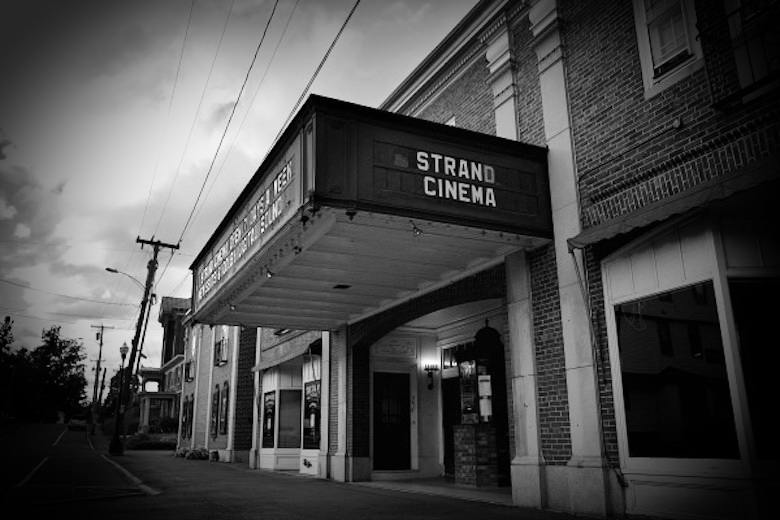 When the Strand Cinema opened in November of 1929 the seating capacity was 1,000 for the one theater.  In its almost 100 year history, the Strand Cinema has undergone numerous renovations. Additional theaters as well as an apartment have been added to the building. Although the Strand Cinema has provided countless people with an opportunity to enjoy a live performance or a movie in later years, some patrons and employees have experienced paranormal activity.

Some employees have experienced power tools that had been unplugged working on their own and shocking them. Other individuals report that a ghost or ghost likes to smear paint on the walls of the building. Further reports say that a ghostly figure smears handprints all over the theater screens. In other reports, one employee who went to the basement to fetch some ice felt overcome by a spirit and was stuck frozen on the steps for a while before she was once allowed to move. Papers flying off desks and markers tossed around, as well as strange sounds in the balconies and basement are other odd occurrences in the Strand Cinema.

The Mount Hope Cemetery in Bangor, Maine was established in 1836.  Since that time, more than 30,000 people have been laid to rest in the cemetery. Mount Hope is not just a traditional cemetery. It is also the second garden cemetery in the United States. The Mount Hope is roughly 300 acres in size and is not only a place where people lay to rest their beloved family and friends but it also features mausoleums and assorted memorials.

During its history, Mount Hope was a location in the movie, “Pet Sematary” by Stephen King. If being a part of a horror movie is not enough to induce creepy feelings, the cemetery is home to countless soldiers who served in a variety of wars. People have seen shadows and felt an overall sense of unease at the cemetery. Other people who have made their way to Mount Hope have claimed to see ghostly figures roaming about.

Located in the town of Skowhegan, Maine is Lake George Regional Park West. Founded in 1992, the day-use park has cabins, group facilities, playing fields and places for picnicking. Users of the park also have the ability to go hiking, fishing, swimming, and boating. Although Lake George Regional Park West has been around less than three decades it is no stranger to unusual paranormal activity.

Over the years people have made claims that when objects are arranged on tables and the like for certain events their configuration is completely changed. The time it takes for this to occur is only the amount of time it takes for someone to completely turn around. One of the most famous legends is that of a group of children out wandering around the woods when they stumbled upon an old cabin. Curious, two of the kids lifted one of the smaller children up to look inside a fogged up window. The child stated there were chairs folded up against the wall and it appeared to be a game room. When another child went inside, the chairs were placed around a table. 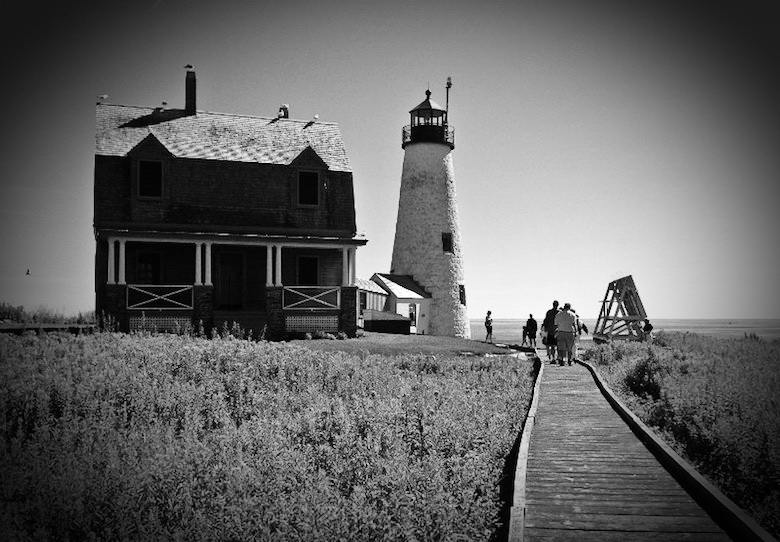 In Saco Bay, Maine sits the Wood Island Lighthouse. The original lighthouse was built in 1808 at the request of President Thomas Jefferson. The lighthouse ended up in a state of complete disrepair calling for it to be replaced. The lighthouse that stands today is the granite tower that was erected in 1839. The Wood Island Lighthouse has a tragic and violent history attached to it. Based on reports a murder and subsequent suicide occurred at the location in 1896. From the records a man who was either a squatter or renting space in the area shot and murdered a man. After realizing what he had done he went into the lighthouse and killed himself.

Keepers who have lived in the Wood Island Lighthouse say that unexplained shadows appeared as well as unusual moaning. Other reports say that sometimes locked doors fly open and gunshots are heard. To save the lighthouse keepers from dealing with the haunted light, in 1972 the old light was replaced with an automated light.

Captain John McGilvery had a Victorian mansion built in 1874. That mansion became what is known today as the Carriage House Inn.  In its history the Carriage House was not only a retreat for people, such as famous painter Waldo Pierce, it was also an army garrison. Today people can come in stay in three of the 13 rooms in the Inn; the rest of the rooms remain off-limits.

People who visit the Carriage House Inn have stated they have experienced different paranormal activity. Expert paranormal investigators state there are in fact a minimum of two ghosts haunting the Inn. One couple visiting stated they experienced the sensation of someone sitting on the bed with them which woke them. The wife of that same couple stated she saw a woman with long hair dressed in old fashioned garb combing her hair in their room. Other guests have heard knocking, music, and have even smelled cigar smoke when no one was smoking.

No trip to Maine would be complete without a visit to Old York Museums, one of the earliest English settlements in the nation. There are nine historic buildings which provide visitors the opportunity to learn about 300 years of history. Jefferd’s Tavern dates back to 1750 whereas the visitors’ center is connected to the Remick Barn from 1834. In its history, the Emerson Wilcox House, dating back to 1742, was once a tavern, post office, and a store. Each of the buildings offers an interesting look into the past.

Supernatural activity in the Museums of Old York and surrounding lands includes objects moving on their own, doors opening, and chilly breezes. There have also been countless sightings of a woman called “The White Witch.” Back in the colonial times when people suspected of witchcraft they were killed. The “White Witch” was one of those people who were hung in front of the current museum, formerly the town hall. People say it is not unusual to see her walking alone down the road. Children in the area have also reported a lady in white asks them to play with her. 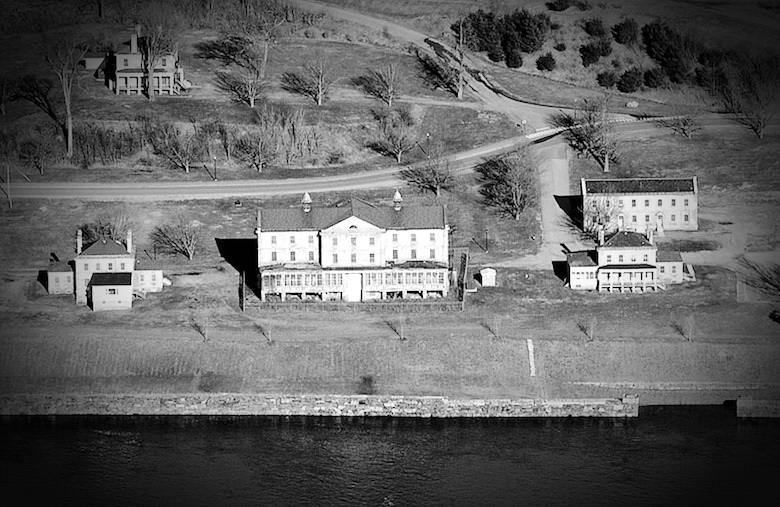 The original stone building located at the Kennebec Arsenal in Augusta, Maine was constructed for military purposes following the War of 1812. When it was no longer needed to serve as a location to protect the coastal borders in 1901, the building made a shift from military usage to a mental hospital. Maine State Hospital purchased the property and expansions were made. The property was later renamed the Augusta Mental Health Institute.

Thousands of mentally ill adults and children passed through the doors of the Kennebec Arsenal when it was a mental hospital. There are countless stories in regards to the horrific treatment the patients who lived in the facility were subjected to. Some reports state that thousands of people died in the facility only to be buried in unmarked graves. The facility officially closed its doors in 2004. Presently, access to the Kennebec Arsenal lands and structures is against the law. Prior to this, sightings of ghostly apparitions in the facility were common, as were unusual sounds, and sometimes the cries of former residents.

View All Haunted Hotels in Maine