7 Most Haunted Hotels in Oklahoma

Oklahoma has several haunted hotspots to visit including a number of hotels where guests are likely to encounter something going bump in the night. Several of the hotels in The Sooner State seem to have permanent residents that have never checked out!

Join us as we investigate some of the most haunted accommodation in Oklahoma. 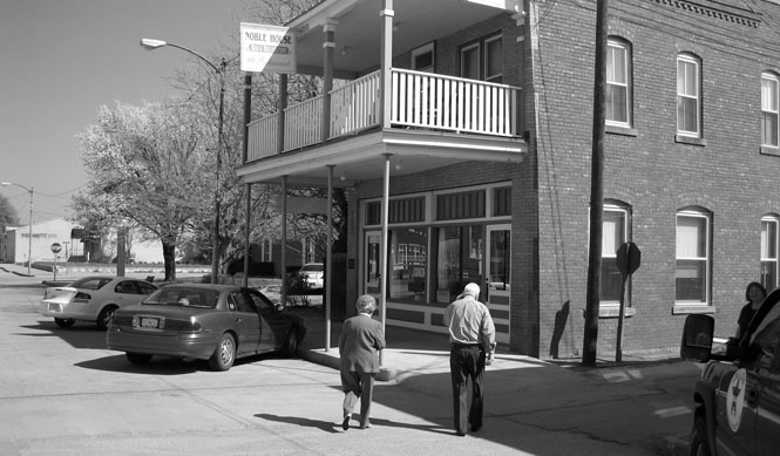 The Noble House & Restaurant was built in 1912 and has guest rooms named after local residents. It is said to be one of the most haunted hotels in Oklahoma with a number of ghost stories connected to it. The second floor in particular is very active with guests hearing phantom footsteps on the roof, cold presences in their rooms and disembodied whispers. 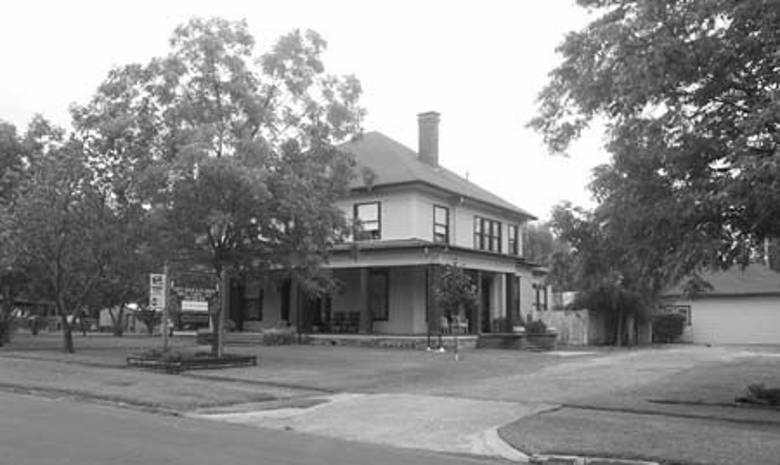 The Johnson House Inn dates back to 1910 and it was once the home of a ‘hanging’ judge and his wife. It is now a bed & breakfast which is rumoured to be haunted. Guests and staff have reported a variety of unexplained occurrences including phantom footsteps, disembodied voices and a rocking chair that moves all on its own!

One former housekeeper says that she saw the apparition of a woman in old fashioned clothing enter one of the guest rooms and when she followed the room was empty. It has been suggested that this could be the spirit of the judge’s wife Mrs Johnson. 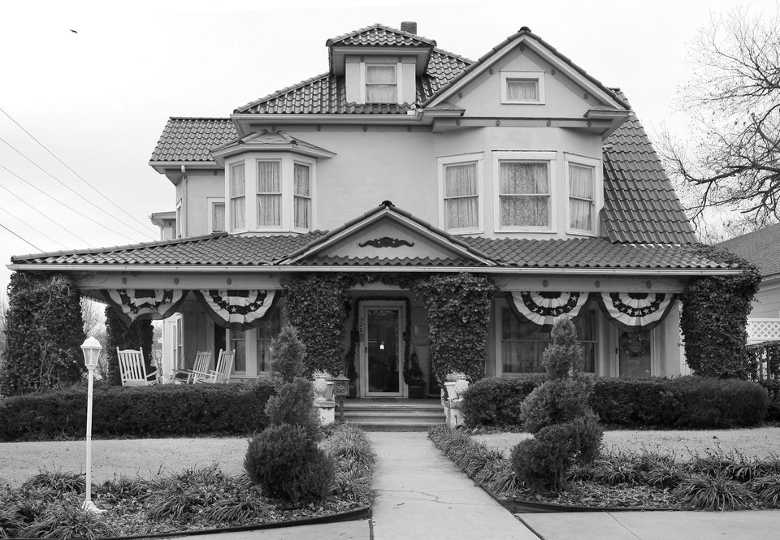 According to locals, the Arcadian Inn is haunted by the spirit of Edith Ruhl. Edith was the wife of the doctor, Dr. A.M. Ruhl) who built the mansion back in 1908. The doctor never saw patients in the house, but there are rumours that he kept cadavers in the basement during the the 1940s and 1950s.However, when Edith passed away in 1977 several of the rooms had medical equipment in them.

Stone Lion Inn is a bed & breakfast that occupies a Victorian mansion house. It looks so charming, but it is hiding many secrets. For example, prior to 1986 when Becky Luker and her sons converted it into an inn, the property served as a funeral home! That could very well be one of the reasons why this is one of the most haunted hotels in Oklahoma!

Soon after moving into the property, Becky and her family realised that they were not alone! Common occurrences include doors opening and closing by themselves, phantom footsteps running up and down the back stairs and toys being played with during the night.

According to local legends, the former residents of the property were The Houghton Family who lived there in the early part of the 1900s. However, their daughter Augusta (or Irene depending on who tells the story) died in the house when she was just 8 years old. It is her ghost that is said to be responsible for playing with the toys.

The rest of her family is also said to be lingering in the Inn. Another male spirit lingers in the basement which once served as a morgue and he is not thought to be a family member of the Houghtons. 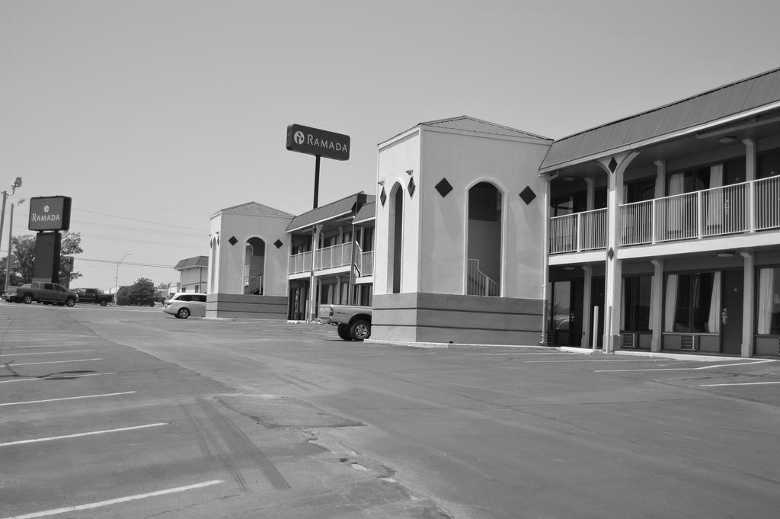 Elk City’s Regency Inn is not a particularly old hotel, but that certainly doesn’t mean that it is not haunted! Room 110 in particular is a hub of paranormal activity with claims that the room is haunted by multiple spirits! The most common reports relate to poltergeist type activity and the regular sightings of a male apparition. 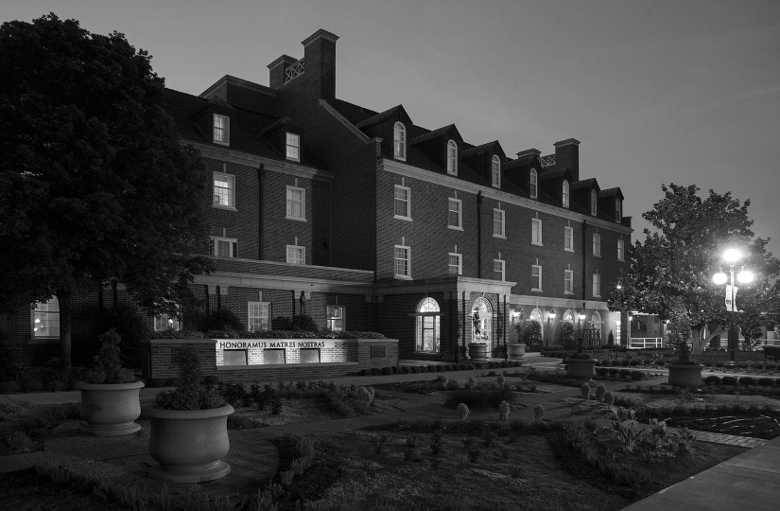 The Atherton Hotel is located on campus at Oklahoma State University. It has had reports of unexplained activity coming in from guests for many years now and has been investigated by researchers many times.

The reports range from seeing mysterious lights and shadowy figures to lights turning on and off by themselves, doors opening and closing and sold breezes rushing past guests. 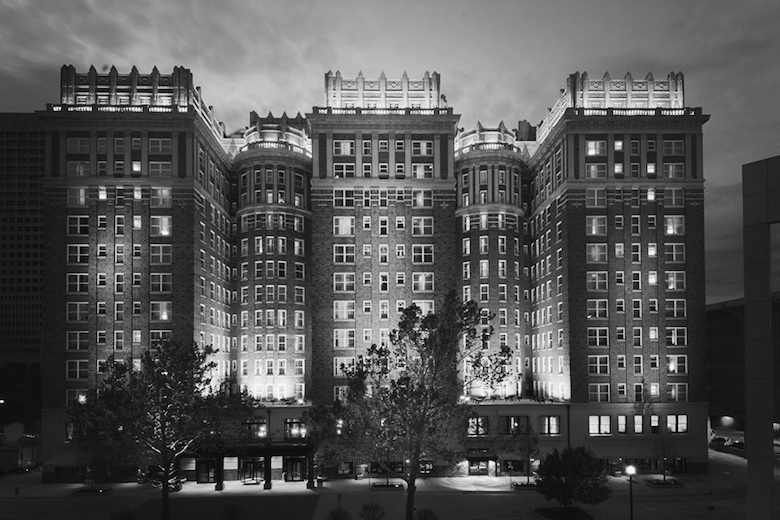 There are several ghost stories linked to The Skirvin Hotel, which is not too surprising given the historic nature of the hotel. The famous ghost linked to the Hotel is a female entity known only as Effie.

It is said that in life Effie was a hotel maid who had an illicit affair with the owner. However, when she fell pregnant, the man locked her in a room on the tenth floor to avoid the public shame he would have to endure if news of the baby got out. Poor Effie was broken hearted and ended up jumping out of the window with the baby. Unfortunately, this was no real escape for the girl as her spirit has ended up haunting The Skirvin Hotel.

Guests often report hearing disembodied screaming and the sound of a baby crying. Effie has also been known to appear naked before male guests and will often proposition them! She likes to visit guests in the shower and she is also blamed for randomly slamming doors in various parts of the hotel! 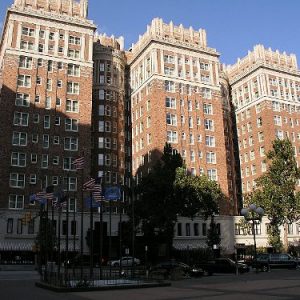 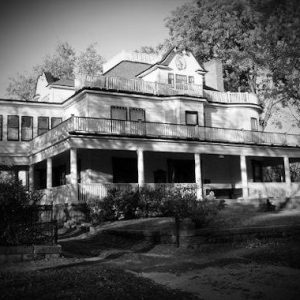