3 Most Haunted Hotels in Milwaukee WI

People venture to the state of Wisconsin for the countless historical locations they can visit as well as sporting events, concerts, and of course Lake Michigan. Milwaukee is one of the most popular cities to visit in Wisconsin.

The city offers baseball, basketball, hockey, as well as museums, festivals and other entertainment. Milwaukee also offers locals and visitors alike with the opportunity to visit and stay at some of the most notoriously haunted hotels found in Wisconsin.

Join us as we explore three of the most haunted hotels in Milwaukee. 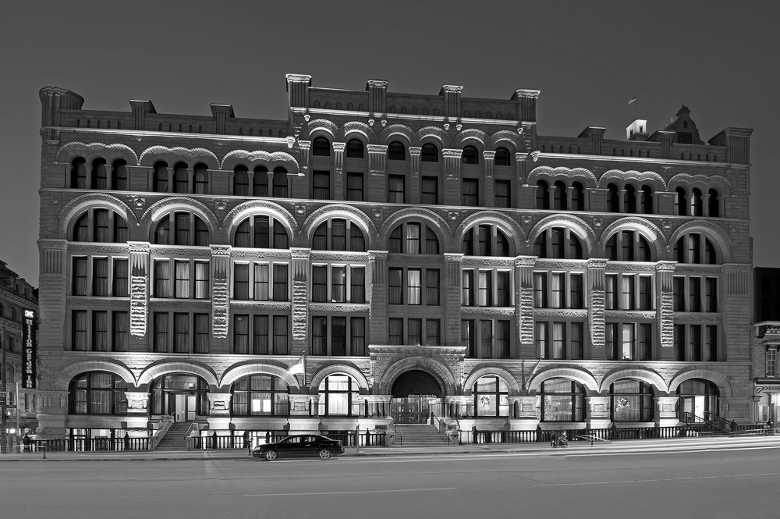 In 1883, the Newhall Hotel suffered a horrible tragedy when a fire took the lives of over 70 people. Today, the Hilton Garden Inn dwells within the former Loyalty Building, which took the place of the destroyed Newhall Hotel in 1886. The building remains an impressive architectural creation as well as providing idyllic accommodations for its guests.

The Hilton Garden Inn is also considered to be among the most haunted hotels in Milwaukee. Many of the unexplained activity could be caused by the souls that lost their lives more than a century ago. Unusual activity people have encountered includes unusual and eerie sounds originating from unknown sources and locations.

At least one of the restless spirits that remains attached to the hotel likes to pull the hair of people who are in their hotel rooms, or other locations in the hotel, unaccompanied. Bathroom doors are known to open and close when no one is anywhere near them. A large percentage of manifestations take place in rooms 201 and 326 but unusual activity is experienced throughout the old building.

George Brumder, a newspaper baron, made the decision to build a beautiful private brick home for his son back in 1910. The Brumder Mansion served well as a private residence before it was ultimately transformed into the modern, yet historical, bed and breakfast getaway it is today.

Throughout the years, countless people called the Brumder Mansion their permanent residence. Other people were only fortunate enough to stay in the glorious building while traveling from one destination to the next.

There are accounts of one of the former housekeepers lingering in the mansion. According to the stories Suzanne’s ghost simply cannot part from the home in which she once worked.

Objects of all sorts that were securely fastened to the walls have been known to drop off without anything touching them. Fortunately, nothing ever breaks when it falls.

Other reported paranormal activity includes doors opening then slamming shut at random hours during the night as well as doorbells that malfunction playing songs not programmed. For many guests, former employees and owners there is no doubt something remains attached to the mansion.

1 - The Pfister Hotel, MilwaukeeBook a Room 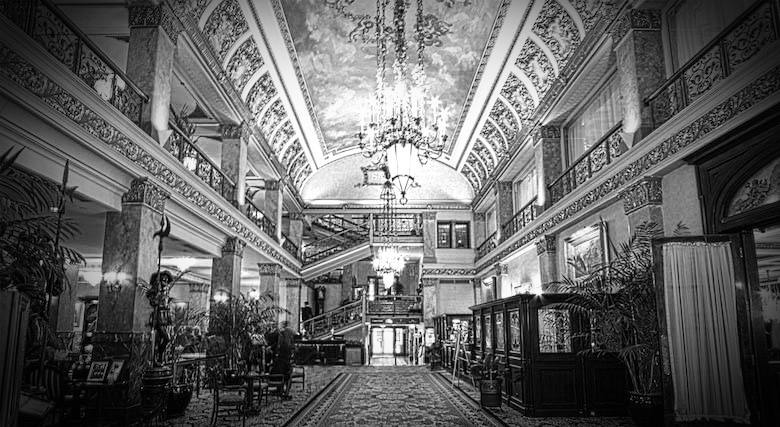 In 1893 when the decision was made to build a new hotel in Milwaukee the budget was a staggering $1 million. The Pfister Hotel was meant to be a luxury hotel and it fit the bill perfectly.  Guests from around the globe were treated to topnotch service and accommodations.

There was a period from the fifties and sixties where the hotel slipped by way of its well-known standards. The idea of the new owner, Ben Marcus was to revamp the hotel and make it once again an elite hotel with unparalleled services. Those goals were achieved.

The famous Pfister Hotel is not only a luxurious hotel for world travelers but it also a home away from home for actors, musicians, dignitaries and local sports celebrities. Based on the stories from some of these big name celebrities, ordinary guests and staff, the Pfister Hotel is also one of the most haunted hotels in Wisconsin. Some might even say it is one of the most haunted hotels in the world.

Visitors to the hotel can expect to either have a calm and uneventful stay or they can anticipate dealing with a considerable amount of paranormal activity. One guest recounted his shocking ghostly encounters after his first stay at the Pfister Hotel.

During his first night in the hotel he experienced a wide array of activity. The man stated he had problems with the phone when he called room service. There was static and the phone kept getting disconnected. He heard a knocking at his door, which he assumed was his room service, but in fact, there was no one there.

As it turns out there were no children and only three other people staying on that floor.  Things got progressively stranger. His toiletry bag in the bathroom was emptied and items scattered all over the floor. Clothes the guest had set out for the next day were thrown at him in the dead of night. The guest saw a shadow figure at the end of his bed. The figure proceeded to push him down and laugh. When the guest was finally able to leave, he was given another room where nothing unusual occurred.

Professional baseball players that have stayed in the hotel recount their own bizarre and frightening experiences. One of the gentlemen experienced someone knocking on the hallway walls as well as his hotel room door. The air conditioner as well as the TV seemed to be possessed as they switched off and on at will. The other baseball player heard disembodied voices and witnessed his iPod not only switch on without his assistance but it almost fell off the table because of how violently it was shaking.

Many guests recount similar experiences of electronics malfunctioning, ghostly apparitions and shadow people appearing. Some people have even reported to have seen the ghost of Charles Pfister walking around the hotel that he founded. 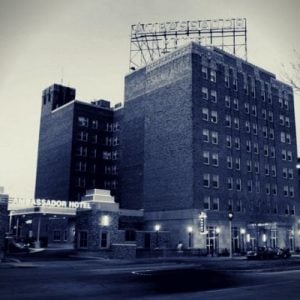 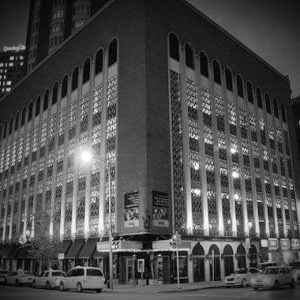