Minnesota may not seem like a dark and scary place at first glance, but when you dig just below the surface of the North Star State you might just uncover a gruesome past full of murdered gangsters, tragic suicides and the souls of murderers out for vengeance even after death!

Let’s look a little closer as some of the most haunted places in Minnesota:

Washington Street Bridge was built in the latter half of the 1960s spanning the Mississippi River and connecting the East and West bank campuses of the University of Minnesota. The bridge has two decks, the bottom for vehicles and the top for pedestrians and cyclists.

The bridge is something of a hotspot for suicides and is now said to be haunted by the spirits of those who jumped to their death including professor John Berryman who committed suicide there in 1972. Students crossing the bridge say they often hear phantom footsteps at night and feel as though someone is watching them from the shadows.

The Fitzgerald Theater in St. Paul has long been considered one of the most haunted places in Minnesota. There are various unexplained phenomenon that have been reported here, but most of them are pinned on a former stagehand known only as Ben.

It is believed that Ben died in the theater in the 1940s and he seems to have been hanging around ever since! His shadow has often been spotted moving up in the workings of the stage and cold spots are felt near an old entrance which has been boarded up for years.

Staff often say they can hear Ben dropping his empty beer bottles too. He is considered pretty harmless for the most part, but on one occasion he did almost kill two workers when he dropped a massive chunk of plaster on them from an overhead catwalk! Thankfully they both managed to jump out of the way at the last minute!

Over the years there have been thirteen different wardens from Stillwater State Prison who have occupied this house. However, the one resident who seems to have decided to stick around is Warden Henry Wolfer’s daughter.

The story goes that Gertrude had just given birth to a son when she died suddenly of appendicitis. The little boy was sent to live with the warden up until the Wolfer’s moved out in 1914.

It seems that Gertrude may have gone with her son to his grandfather’s house, but she did not leave when he did. In fact, from 1914 until the present day there have been persistent reports of a lady wandering the rooms of the house in search of her infant son.

Sometimes she is seen looking out of the windows and at other times a cradle in the upstairs bedroom rocks on its own!

The building in St Paul which now houses Forepaugh’s Restaurant was once a three storey Victorian mansion that wholesale magnate Joseph Forepaugh built for his family.

However, in 1892 things tool a tragic turn for the family. Mrs Forepaugh is said to have discovered her husband in bed with the family maid, Molly.

Forepaugh shot himself when his wife ended the marriage and his mistress Molly was heartbroken. She was apparently pregnant with his child and ended up hanging herself from a chandelier in one of the bedrooms.

Both Joseph and Molly are said to haunt the restaurant today. The two of them have been seen walking through the dining areas, but it is Molly who seems to be the most active.

She is said to bang on the insides of walls and to smash glasses. Patrons have also smelled her favorite lavender perfume at times. She is especially mischievous around Halloween which was Molly’s favorite time of year while she was alive.

The Greyhound Bus Museum in Hibbing is probably not the first place you might think of when it comes to a haunted location, but nevertheless is is one of the most haunted places in Minnesota.

Staff at the museum say that one particular Scenic Cruise 4501 is home to a spirit who frequently opens and closes the windows and doors of the bus.

There are also regular sightings of strange shadows flitting around on-board the ‘Nine bus’ and the voice of a little girl has been heard in the shadows between the old vehicles on display here.

Perhaps one of the most grisly paranormal tales comes from Minneapolis and the iconic First Ave music venue. It is said that a blonde woman took her own life in the fifth stall of the ladies bathroom be hanging herself.

On occasion she has shown herself to unlucky patrons who see her bloated apparition still hanging there from her makeshift noose! However, she is not alone in the venue.

Staff have nicknamed another spirit ‘Slippy’. This particular entity is said to make a balloon appear from nowhere which then floats up and down the staircase on its own! Creepy!

There is also a great deal of other unexplained activity including equipment malfunctions and random destruction of property!

Another one of the most haunted places in Minnesota which can be found in St Paul is Gibbs Farmhouse. In 1867, a nine year old Willie Gibbs faced a raging prairie fire that threatened to engulf the family farmhouse.

The house was spared, but sadly young Willie died of smoke inhalation soon afterwards. However, he appears to have stuck close to his family home, which is now a museum, and his spirit is every bit as boisterous as you might expect the average 9 year old boy to be!

He is known to remove toys from locked display cabinets and leaves them scattered across the floor for staff to tidy away.

He also likes to open and close cabinet doors and he is capable of making quite a noise rocking back and forth in a rocking chair upstairs.

Some even claim to have seen his little face peering at them from the windows as they walk by!

The Palmer House Hotel has long been known as one of the most haunted places in Minnesota.

Reports of paranormal have been made since the 1950s and there have been a variety of unexplained occurrences in the building.

Some of these include an apparition of a young boy, a ball bouncing down the stairs, disembodied voices and some poltergeist activity!

There have also been reports that the ghost of famous author Sinclair Lewis may also be haunting the building!

Back to St Paul again, this time to the Wabasha Street Caves. During the prohibition era these caves were said to host a number of famous figures including John Dillinger and Ma Baker when they were used as a speakeasy.

However, not everyone left the caves alive! It is said that the caves are now haunted by the spirits of three gangsters who were murdered in a back room and buried under the cement floors.

The owner has frequently encountered men in 20s style attire as well as strange mists floating through the halls. There is also said to be a ghostly bar tender who will refill empty wine glasses!

Others have spotted the apparition of a madam known as Nina Clifford who appears wearing period dress.

Minneapolis City Hall was the site of a historic execution. In 1898, John Moshik was the last man to be hanged at City Hall. His death will be remembered not just for being the last, but also because the execution was particularly brutal.

The process was bungled and Moshik took 3 minutes to die. His crime had been murdering a man over a very measly $14! It is said that today Moshik’s angry spirit haunts three locations in City Hall – the courtroom in which he was convicted, the Mayor’s office and the site of his hanging.

He seems to have mood swings, because at his most harmless he is known to rearrange pictures or appear to staff or prisoners dressed only in his undergarments, but on his worst days he has made judges and attorneys severely ill!

One of the key features of Grey Cloud Island is that it has the highest concentration of Native American burial mounds of anywhere in the United States.

These days the island is very sparsely populated and the residents do not take kindly to ghost hunters! So much so that some have claimed to be run off the island by a man in a white truck!

However, this does not stop a large number of ghost stories coming off of the island!

There are reports of a transparent motorcyclist, a young woman weeping for her deceased infant and a plethora of other ghosts.

Perhaps strangest of all are the rumors about why the residents are so protective of the island – some say that the church camp on the island is a cult or even a secret KKK camp! 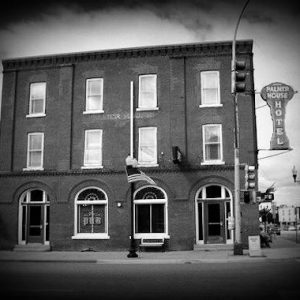 View All Haunted Hotels in Minnesota