Most Haunted Hotels in Tombstone

Tombstone Arizona, once the meanest town in the west is also up there with the most haunted places in the country! Once a booming mine town, home to thieves, card-sharks, outlaws, ladies of the night, and the Earp brothers, Tombstone is now on the map as one of the most popular tourist hotspots in the west.

Today the aura and the spirit of the wild west lives on in Tombstone, and so do its long time dead inhabitants. Believed to be one of the most haunted towns in the US, Tombstone has its fair share of haunted locations.

Here are 3 of the most haunted hotels in Tombstone, AZ. 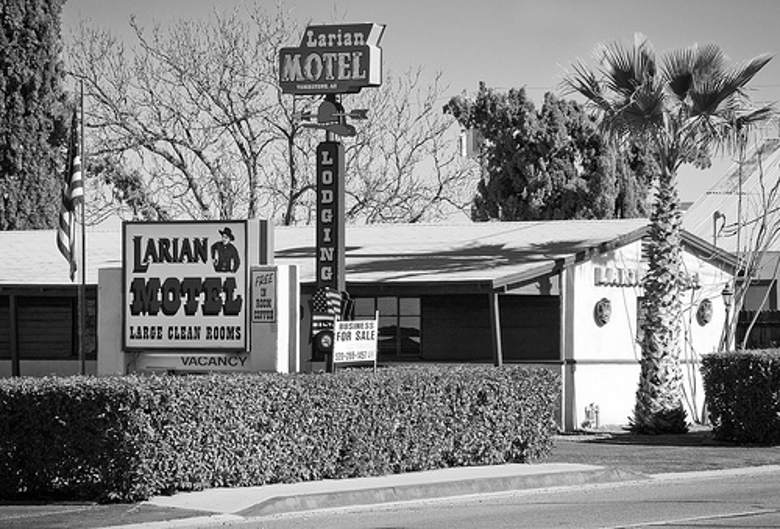 Originally constructed in 1957 and located in the heart of Tombstone’s Historic District, the Larian Motel is just a short walk away from popular and haunted hotspots such as OK Corral, Big Nose Kate’s, and the infamous Bird Cage Theatre.

Though the saloons in the area are more well known for their ghostly guests, the Larian Motel doesn’t disappoint, as it has its own fair share of paranormal activity. There are reports of paranormal happenings throughout the motel, but the vast majority of experiences are reported in the older original part of the building.

The most haunted of the rooms at the motel are said to be 1 through to 4. It was in room 3 that a set of twin sisters reported the feeling of a presence in their room, having both awakened at 12:30 am. They didn’t mention anything to each other apparently until the next morning at breakfast when they discovered they both had had the same experience.

Another common report in this room is of objects and possessions going missing, only to return later in the day. One example of this is when a gentleman couldn’t find his glasses that he had just placed on the nightstand. The guest enrolled the help of staff to search high and low but nothing was found. Upon returning to his room after dinner and a stroll around the Allen Street shops, the gentleman found his glasses right on the nightstand where he had originally thought he had left them!

The sighting of a large, white-haired man has been seen on occasion in Room 4 (the Wyatt Earp Room). He’s said to have been wearing a white shirt and from the style of his clothes is believed to be from the 1950’s or 60’s. Perhaps he’s a past guest who wanted to check back into the motel he once visited!?

Originally built in 1880, this adobe building, located at 113 East Stafford Street, was once a delightful bed & breakfast, and after some time it’s going to be re-opening as one soon. It has played host to many a guest in the past, including the likes of John Wayne and Melissa Gilbert, and many more. at least two sheriffs, a mayor, and a state senator have called the Buford their home.

Legend has it that a man named George Daves who once lived in the home still haunts it to this day. He was in love with his childhood sweetheart (Petra) who lived across the road and with ambitious plans to hit it rich in a distant silver mine, he would be away for months at a time, leaving his beloved Petra in the hope of returning for good and starting a family together.

These plans were obliterated when one day after a lengthy spell away from Tombstone, George returned and accompanied Petra to a party one evening. However after a night that started out with so much promise for George, quickly turned in to one of devastation as Petra left the party with another man.

After a few days of this eating away at George, the betrayal and the humiliation it caused, would send George into a fit of rage. Grabbing his revolver he pointed it at Petra and fired at her four times, with 2 of the bullets hitting their intended target.

While Petra lay in the dirt screaming and bleeding to death, George turned the gun to his head and fired, killing him instantly. Miraculously, Petra survived her wounds and the story of the shooting appeared in the Tombstone Epitaph the following day April 14, 1888.

It’s the ghost of George that many a guest and owners have reported seeing in the past inside the house.

Past guests and owners alike have reported several strange occurrences including lights turning off and on, raps on the walls, and the doorbell mysteriously ringing at 3 am. His shadow has also been witnessed on several occasions, lurking at the back of the room.

His figure has also been captured on many a photo, he’s also been witnessed looking at guests through the mirrors.

On one particular night, a female guest would wake up with a start when she felt a tingling all over her body as if being zapped by electricity. As she lay terrified an invisible entity began to slide the covers off her bed.

She then felt a hand stroking her backside, but this ceased instantly when a friend of the woman awoke and approached the side of the bed.

Is this simply the heartbroken George looking for some company after being lonely all these years? 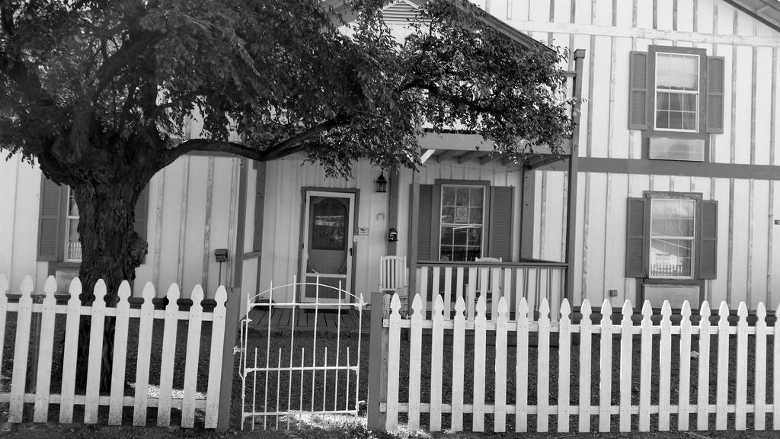 Located on West Allen Street, the Tombstone Bordello Bed and Breakfast was built in 1881 and was formerly one of the big bordellos owned by Big Nose Kate. It has since undergone a superb restoration bringing it back to its former old-fashioned glory.

This former Victorian bordello is reportedly home to a lot of paranormal activity, with guests and staff having experiences in many of the rooms. The most common spirit haunting its rooms is that of a miner who died whilst in a scuffle outside of the building. He’s been known to appear from time to time, and on occasion, he makes advances towards women!