Kansas is known for sweeping plains, fields of golden wheat and an abundance of sunflowers! However, the state of Kansas also has a rich heritage in terms of mysterious folklore and ghostly happenings.

The Sunflower State certainly has plenty of hauntings to keep paranormal enthusiasts occupied.

Let’s look a little closer at some of the most haunted places in Kansas:

Molly’s Hollow can be found in Atchison, Kansas although the hollow was filled by a local foundry in the 1980s. However, the legend persists even to this day.

Molly was a slave, but her master was a little bit to affectionate for the liking of the local women and they ended up forming a lynch mob and hanging Molly from an old gnarled tree.

In a more modern version of the legend, Molly and her boyfriend had an argument in the park which ended in him driving off and leaving her there and Molly hanging herself from the tree.

Whichever version more closely resembles the truth, there are many reports of witnesses seeing Molly’s spectral form hanging from the tree which is how the area was dubbed Molly’s Hollow.

Now that the tree is gone the sightings have died down, but there are still regular reports of people hearing her anguished screams.

Fort Leavenworth holds the distinction of being the oldest continually operating military post West of the Mississippi River!

The cemetery within the fort has been in use since 1844 although it was not officially consecrated until 1862.

It is estimated that the cemetery houses the Earthly remains of some 20,000 United States soldiers.

However, strangely enough the spectres that are said to haunt the cemetery are not servicemen!

One of the most commonly spotted apparitions is said to be the ghost of Catherine Sutter, an early pioneer woman. Catherine’s children were lost in a Winter storm while out gathering firewood and Catherine spent the winter searching for them before finally succumbing to pneumonia.

She is now said to wander the cemetery in a calico dress and black shawl holding up a lantern and calling for her children.

There is also a spirit of an American Indian known as Chief Joseph of the Nez Perce. He was incarcerated at Fort Leavenworth in 1877 and is now said to haunt the cemetery.

Hutchinson Public Library has been in place since 1901 and it is apparently haunted by the spirit of a former librarian called Ida Day.

While she was alive, Ida Day was well known for being stoic and serious at all times. To all intents and purposes she seems to have been the stereotypical strict librarian type!

It seems as though Ida has taken her old habits to the grave. She is frequently seen in the basement of the library.

Most of the time she is seen as a shadowy figure, or people hear phantom footsteps and feel cold spots.

However, on one particular occasion, a new librarian claims that she was confronted by a stern old lady who emerged from the shadows under the stairs. When she responded to the woman’s questioning she simple dissolved into the dark.

For the most part, Ida’s ghost is stern but harmless. She is sometimes seen sorting through books or just browsing the racks and not bothering anyone!

Perhaps she simply loved her job and wanted to continue it even after her death.

Stull Cemetery is a lonely place in rural Kansas. There is a crumbling stone church and a tiny graveyard. It may be small, but it is considered to be one of the most haunted places in Kansas and there is a terrifying story connected to it!

There are persistent rumours that witches and/or occult groups are still using the church for dark rituals. There has been a connection to witchcraft in the cemetery for some time now.

In the 1800s a gnarled pine tree was used to hang witches. However, not too long ago, the tree was struck by lightning and had to be cut down for safety reasons.

There is an all but forgotten trail called ‘Devil’s Road’ with a strange history. It is said that a man somehow managed to set fire to his own son by accident there and on another occasion a man was discovered hanging from a tree by the trail.

However, the most well known story relates to a hidden flight of stone steps in the woods close to the church. The legend states that the entrance to these stairs opens on Halloween and on the Spring Equinox.

Anyone who finds the stairs will descend them and find a gate to hell at the bottom. There are also reports that at midnight on Halloween the devil appears in Stull Cemetery to visit the grave of the witch who bore him a child.

Sometimes that child is said to manifest in the surrounding woods in the form of a wolf!

It really is no wonder that locals say the land on which Stull Cemetery sits has been cursed for all of eternity.

The town of Abiline in Kansas was established back in 1857, although back then it was known as Mud Creek. The name was not changed to Abilene until 1860.

The town grew quickly over the years and in the 1890s Dwight Eisenhower moved there with his family and attended the elementary school and high school there.

The town is now governed by the Hostoric Abilene Inc. Board and the end goal is to restore the town to its fully functioning former glory.

For now though, it has become a haven for those interested in the Paranormal since it is said that the spirits of the old West live on in Abilene!

Ghost tours happen here in a regular basis and many of the participants have captured potential evidence in their photographs and videos.

Disembodied voices are heard around town pretty frequently and visitors have reported feeling cold spots and also being touched by unseen hands.

There are also some reports of apparitions of cowboys and other townspeople.

The Beaumont Inn was built back in 1879 to serve as a stagecoach stop for passengers who were travelling between Wichita and Fredonia. However, when aviation became more popular, an airstrip was built and passengers would take a break mid-flight at the inn.

The Beaumont is now a unique hotel which has been restored and upgraded with private baths, deluxe rooms and fancy suites. It is also reputed to be one of the most haunted places in Kansas.

At one time, the Beaumont was actually a brothel. Local legend states that one of the married women who worked there fell in love with a regular customer and her enraged husband turned up one day and murdered his wife’s lover – a cowboy named Zeke.

Today, staff and guests alike have reported seeing a translucent figure of a cowboy at the top of the stairs. He is a little mischievous. Zeke’s ghost has a penchant for movie chairs and placing them behind doors so that guest struggle to open the door!

However, the most common paranormal event at the hotel involves the clock radios in the bedrooms. Every so often, every single one of them will go off at the same time usually between 2am and 3am.

Guests have also reported unexplained banging and the sound of spurs jangling! 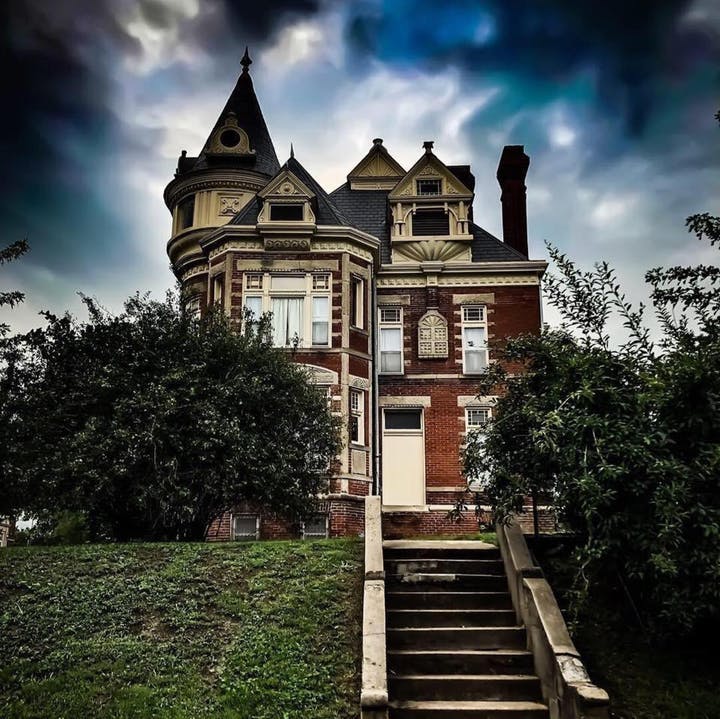 The previous owners were so terrified of what could happen in this house that they kept the house off-limits for everyone! The people of Atchison were aware of this house and all that went on inside, and the current owners are happy to share it with them and all who wish to explore the paranormal.

The house was believed to have been used for funeral ceremonies for a time, where the dead would be laid out for viewing in one of the great rooms. This could be why there is such a high concentration of spirits and activity!

If you were to enter the attic you’ll be greeted with an immediate heavy presence caused by the many spirits that still linger there. And if you dare enter the basement, you’ll find out exactly why the owners refuse to ever go down there!

Do you have what it takes to investigate this extremely haunted building? Perhaps even investigate alone in the room that Isabel sits!?

Haunted Rooms occasionally hold ghost hunting events at this location on weekends which includes the ghost hunt and sleepover!

Anyone who has an interest in the paranormal has most likely heard of The Sallie House, one of the most haunted places in Kansas.

This otherwise ordinary house shot to fame when there was some alarming poltergeist activity in the 1990s, said to be the work of a girl named Sallie.

The house was built some time between 1867 and 1871 and was occupied by the same family, The Finneys, for more than a century. In 1993, Debra and Tony Pickman moved in and almost immediately the strange activity began!

To start with, the family dog would bark at thin air. Then the activity escalated to electronic disturbances, and poltergeist activity in the form of their child’s toys rearranging themselves.

The disturbances gradually worsened over time with small fires breaking out in the house and Tony being attacked.

He seemed to be the main focus of the attacks and sustained various scratches and bruises on his arms, stomach and back. Prior to each attack a cold spot would be experienced.

It is generally believed that Sallie was a girl who died in the house at the hands of her doctor in the 1900s.

Since the home had been occupied by a single female resident for 40 years prior to the Pickman Family moving in, it has been suggested that Sallie picked on Tony specifically because he was a man and reminded her of that Doctor! 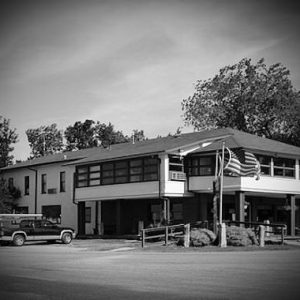 View All Haunted Hotels in Kansas

View All Ghost Hunts in Kansas