South Dakota is a state with a booming tourism industry thanks to the likes of Mount Rushmore, the Badlands, Deadwood, and Custer State Park. These locations and many others across South Dakota are filled with mysterious and historic tales. It doesn’t only attract regular tourists, but also those with a flair for all things paranormal.

Let’s dig a little bit deeper into some of the most haunted places in South Dakota: 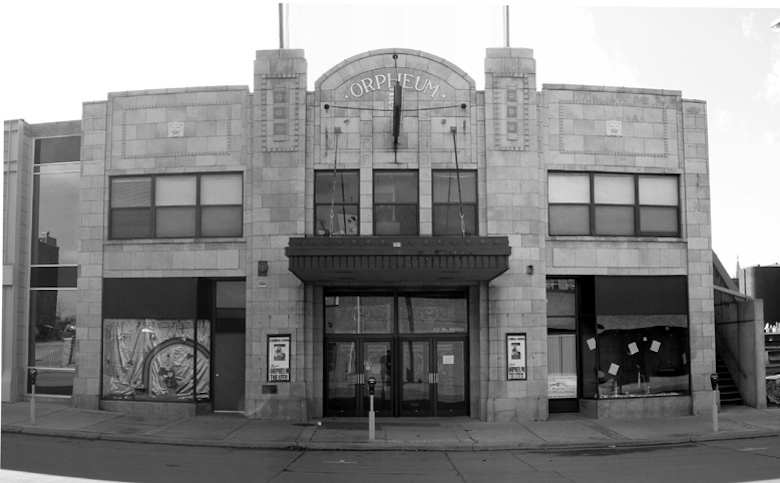 The Orpheum Theatre in Sioux Falls is said to be home to a ghost known as ‘Larry’. The historic theatre was built in 1913 and was sold to the Sioux Falls Community Playhouse in 1954.

It was around this time that Larry first started to make his presence known! The new owners stumbled on an old and very ornate casket in the theatre’s boiler room, but when they returned to clean out the room it was gone!

This became the norm around the theatre with strange objects appearing and disappearing at random.

In 1959, things stepped up a gear. An actor called Ray Loftesness spotted the figure of a man bathed in a blue-green light who was standing on the balcony pointing at him. He then felt a blast of cold air before being knocked unconscious by a falling sandbag – twice!

Larry has also manifested as a shadow man in photographs from time to time. Nobody knowns doe sure who Larry is, he was just given that name at some point.

There is one popular tale which suggests that he could be an actor who disappeared in the middle of a dress rehearsal. Apparently, his cast mates heard a gunshot in the light booth and went to investigate finding a pool of blood, but nobody!

Whether or not this is a true story, one thing can be agreed upon by most – Orpheum Theatre is one of the most haunted buildings in South Dakota! 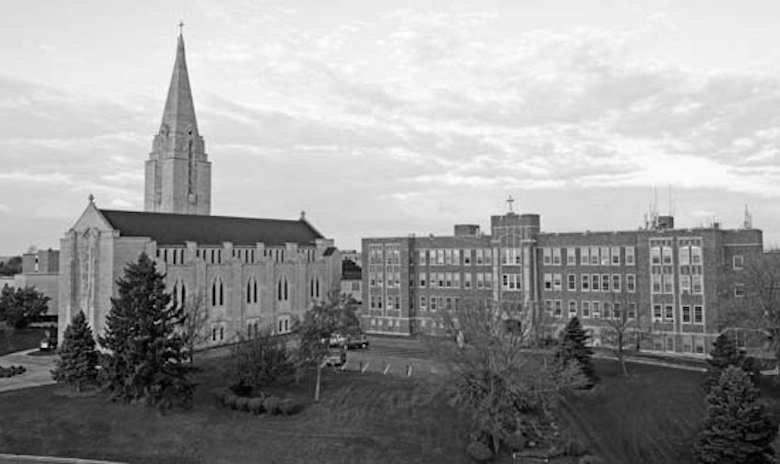 Mount Marty College sits on the bluffs overlooking the Missouri River. It is a Catholic Benedictine liberal arts college which was founded back in 1936. It is a relatively small school with a student body of around 1000.

The paranormal tales seem to center on Whitby Hall, a residence that first opened in 1955. It is said to be haunted by the ghost of a man who wears gray polyester pants, several men in blue suits and a white mist like figure with no defined shape.

The hauntings got so intense at one point that room 200 was locked up and left empty for years as this seemed to be where most activity happened. 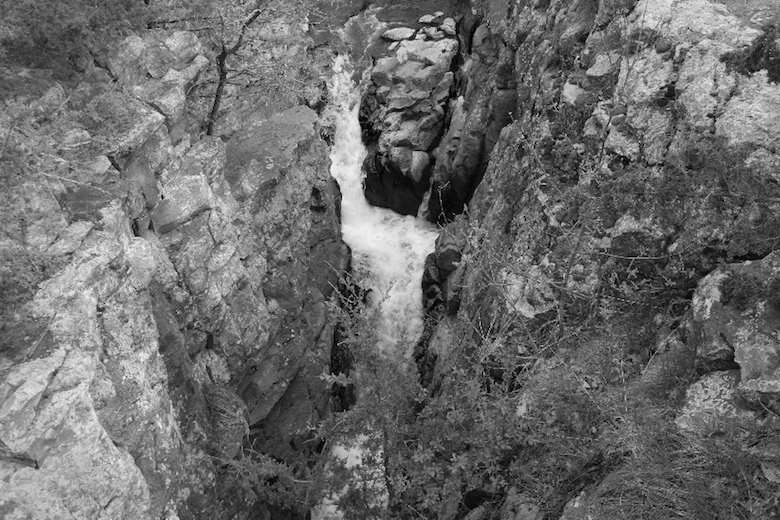 Local folklore states that in 1876 the outlaw Jesse James leaped across the 18-foot gorge known as Devil’s Gulch on his horse while trying to escape capture after one of his many robberies. Many have said that such a jump would be impossible, but others believe that a horse could definitely clear the gorge.

It is actually said to be haunted by the ghosts of two lovers who died there in each others’ arms. The story goes that some time in the 1800s a white outlaw and a band of Indians kidnapped a lady named Nellie Harding and took her to the gorge.

Her fiancé managed to find them and actually was successful in killing most of his girl’s kidnappers. Unfortunately, both he and Nellie were fatally wounded in the melee.

Since that day, visitors have reported hearing moans and screams as well as seeing an apparition of the lovers.

Eastons Castle is a yellow brick house that was built sometime between 1886 and 1889. It was originally a 30 room, three story Queen Anne style mansion, but in 1902 it was bought by Carroll Francis Easton who had the exterior clad in yellow bricks.

Following the death of Easton and his wife, their son became a recluse and seldom left the house. It deteriorated rapidly and people were saying it was haunted before he had even passed away.

Since then there have been reports of Mrs. Easton’s ghost, the spirit of the family housekeeper and perhaps the most concerning a phantom that chases people wielding a knife! 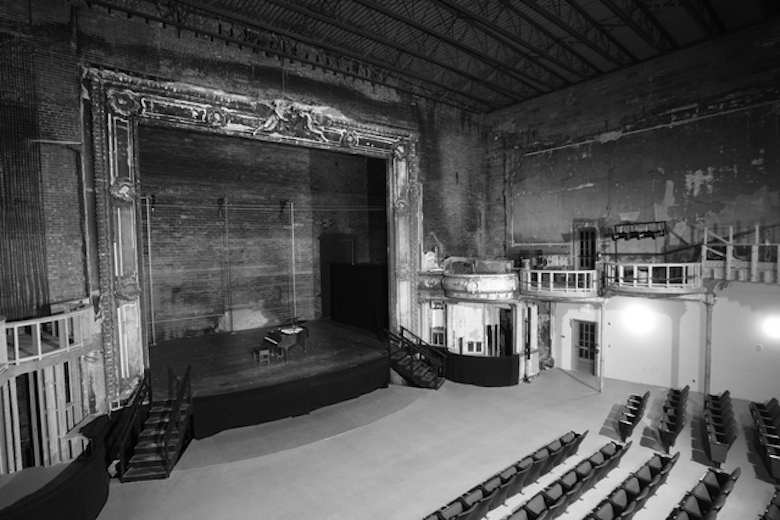 Homestake Opera House is thought to be among the most haunted buildings in South Dakota with visitors and employees alike reporting all sorts of paranormal activity in the old building including hearing disembodied voices and seeing full body apparitions of the resident ghosts!

Another of the buildings in Deadwood that certainly deserves a spot on any list of the most haunted locations in South Dakota would be the Lucky Nugget Casino.

This is a favorite spot for paranormal investigators and over the years there has been more than enough evidence gathered here to say for certain that the building is haunted!

Just some of the activity that has been recorded at the Lucky Nugget Casino through the years includes the scent of perfume suddenly appearing and then disappearing, phantom footsteps and shadow people.

It closed down in the sixties but later reopened as a hospital which is said to be haunted by the ghosts of children buried on the property.

There are hundreds of graves, many unmarked and they are believed to be the cause of the children crying and apparitions on the third floor.

Mount Rushmore Brewing Company was once a restaurant but the building now houses a Harley Davidson store. It has also formerly served as a funeral home and a crematorium so it is certainly no stranger to death.

Employees say objects move around on their own and there are unexplained noises, especially in the basement where the remains of the creation furnace are still visible!

Dakota Theatre opened in 1902 and has had various owners and name changes since that time. However, one thing that never changes is the fact that the building is one of the most haunted theatres in South Dakota!

Cast members and customers have seen a spectral face floating in the auditorium and have heard disembodied screams as well! 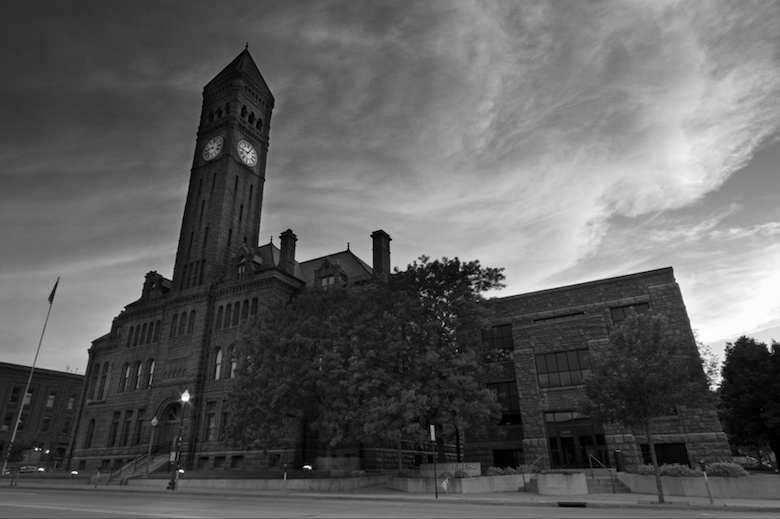 Old Minnehaha Courthouse is now a museum which is said to be haunted by various different spirits making it one of the most haunted museums in South Dakota.

Staff and visitors alike have reported hearing someone fall down the stairs, but when they go to look there is nobody there. There are also disembodied voices and phantom footsteps moving from room to room.

Some visitors also claim to have seen a man sweeping the floor of one of the courtrooms who then vanishes if they approach him! 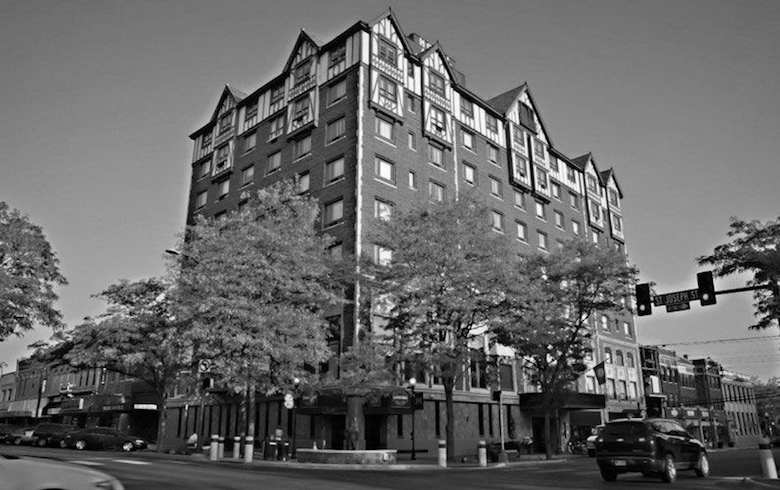 The Hotel Alex Johnson was opened in 1928 amidst great fanfare, hailed as ‘the showplace of the West’. Some of the famous guests who frequented the hotel included President Franklin Delano Roosevelt.

Alex Johnson himself died in the hotel in 1938, but according to hotel staff he never really left and he isn’t the only spirit hanging around!

There are two rooms in particular where the ghosts are said to be particularly active – Room 802 and Room 812. In room 802, a young couple reported hearing phantom music and the feeling of being choked. They had their pet dogs with them who were behaving strangely and getting agitated when in the room.

In Room 812 the windows tend to pop open on their own and sometimes guests get out of the shower and find ‘help me’ scrawled in the fogged up mirror. This is attributed to the fact that a bride to be staying in the room jumped from the window on her wedding day. 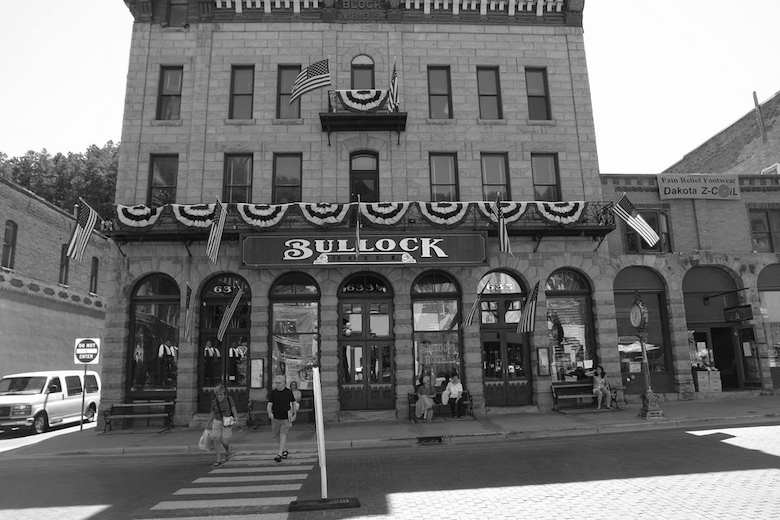 The whole town of Deadwood is pretty haunted, so there are a few buildings from the town that belongs among the most haunted places in South Dakota.

One of those buildings is Bullock Hotel which is said to be haunted by its namesake, Seth Bullock who was the first sheriff of Deadwood.

He is joined there by several other spirits as well. The basement is the most active area where staff report hearing the piano play on its own and where glasses and dishes frequently get thrown around! 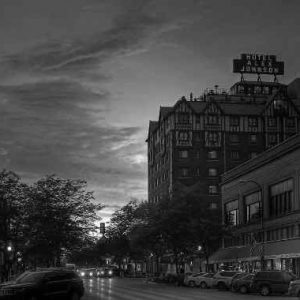 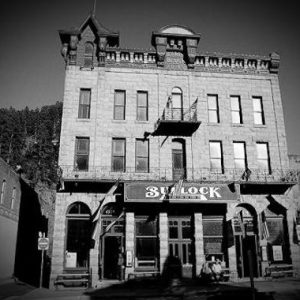