One of the most recognizable spirits in the Red Onion Saloon is that of Lydia. Lydia was one of the prostitutes of the former brothel. The years may have passed but her spirit apparently did not. There have been various reports of footsteps heard on the second floor where the brothel used to be. The strong smell of perfume would linger in the air and there would also be extreme cold spots where the smell of perfume had originated.

Once there was a great disturbance in the upper floors so the police were called to check. As they approached the stairs, they saw a figure (believed to be the ghost of Lydia) running down the hall and into a room, a room which was once the former madame’s. Upon inspection the room was empty and there was nowhere for any intruder to go. Lydia is also said to water the plants. There have been many occasions when the hostess of the house would find the soil damp, as if someone had watered it recently.

Lydia has been seen many times in full apparition and she has also been observed walking around the madame’s room. It is said that sometimes she can be hostile towards men. However, it has not been established if she died in the house.

The Red Onion Saloon was originally a whorehouse, but throughout its lifetime it has served more than its purpose. The building had white paint and dark trimmings when it was originally opened. It had two stories and a storefront window. The first floor was and is currently a saloon. The second floor had 10 small rooms referred to as cribs, where the madams would entertain their “guests”. The brothel opened in 1898 and the ladies serviced the gold miners in the area for a fee.

The men who passed through had a unique way of ordering something personal from the girls. There were 10 dolls behind the bars representing each of the 10 ladies on the second floor.  If the doll was laid flat on her back, it meant she was “busy”. If the doll sat upright, it means that the lady is available. The Red Saloon was also one of the classiest dance halls in town.

As more and bigger dance halls began to be built, business dwindled in the saloon. It became harder to lure more customers in. The saloon has been used as an army barracks, a bakery, a laundry, a union hall, a gift shop and a television station. It is again open for business with guided tours with historians dressed as madams of the day. Stepping inside the Red Onion Saloon today is just like going back in time.

There are also barmen and musicians in period costume ready to serve you the finest drinks. It’s like stepping back in time to when the town was in the height of the gold rush. 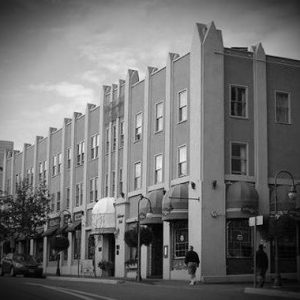 VIEW ALL HAUNTED HOTELS IN ALASKA