Most Haunted Hotels in Connecticut

If you fancy a trip to Connecticut, but with a spooky twist then you will not be disappointed! There are plenty of ghost stories to share involving locations across the Constitution State. There are also plenty of haunted inns and hotels to choose from!

Check out some of the most haunted accommodation in Connecticut.

When taken at face value, The Lighthouse Inn seems to be a fairly upmarket choice of accommodation which many describe as having a bit of a resort feel to it. However, all is not as it seems because The Lighthouse Inn is also offers some of the most haunted accommodation in Connecticut! There are several rooms in the property that are said to be haunted with the two most well known ghosts being a couple of Victorian ladies each with their own tragic tale to tell.

The first of these female entities is said to be a young bride who died tragically at the hotel on her wedding day. As the story goes, she was coming downstairs dressed in her wedding gown when she slipped and broke her neck in the fall. Guests often report seeing the bride, still in her gown as she roams the halls. She has been seen in many of the guest rooms and on occasion she can be found sitting quietly in a corner reading a book!

The Heritage Inn in New Millford, CT was originally built back in 1870 as a tobacco house. However, it was converted into a guest house some time in the late 20th century and is now said to be haunted by a pair of friendly spirits! For the most part, these ghosts do seem to keep themselves to themselves hanging out in a couple of the upstairs guest rooms. However, guests do feel their presence and every now and then someone complains of being tapped on the head by an unseen force! 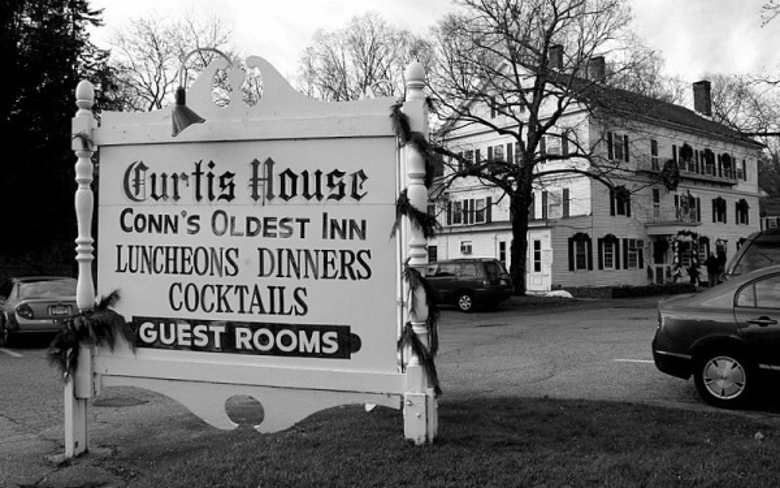 Woodbury’s Curtis House Inn also has a reputation for being one of the most haunted inns in Connecticut! The property is known to be one of the oldest inns in the state and its claim to fame is an appearance on Gordon Ramsay’s ‘Hotel Hell’ television show! The celebrity chef is one of many guests who have encountered Betty – the spirit that is believed to be haunting room 16 of the hotel!

The most common reports here concern guests have their blankets either pulled off of them or tucked in tighter during the night! In general it is men who experience this as Betty looks after them! However, there are also reports of a male apparition stamping into the room and removing his boots! 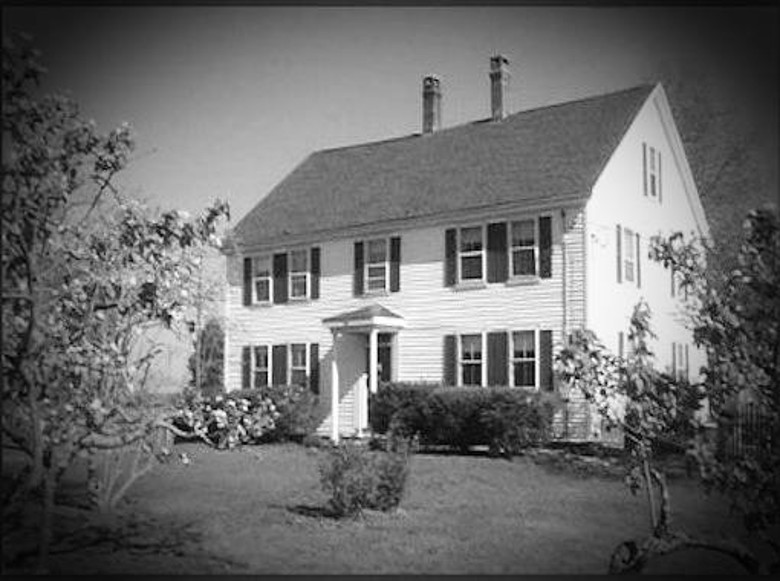 Homespun Farm Bed & Breakfast is one of the most well known haunted inns that Connecticut has to offer. It is a stunning property featuring its own orchards, a beautiful garden and a koi pond. It also has its share of paranormal activity. The property is said to be haunted by a friendly entity known as ‘Old Man Simon’ who is believed to be the original owner – Simon Brewster. He often hangs around in the gardens, overseeing the current owners as they tend to the orchards and garden. There have also been reports that his wife haunts the house as well. She has been seen and heard walking up the stairs at night time and is described as keeping a watchful eye over her former home. 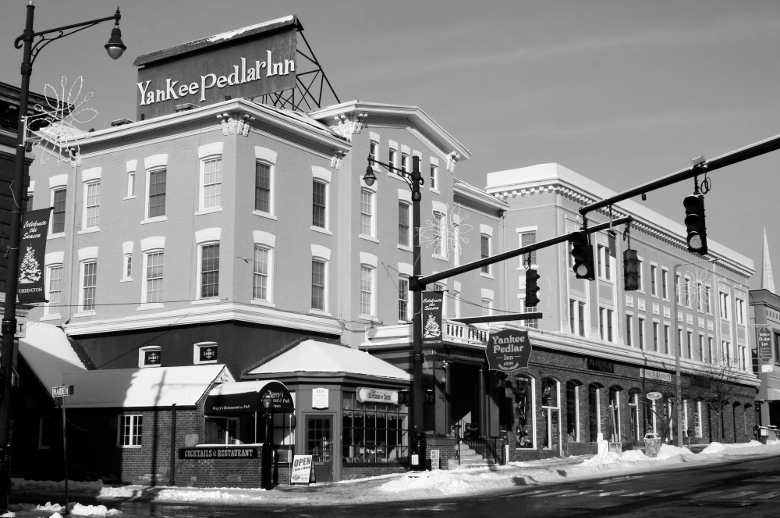 The Yankee Peddler Inn was built back in 1891 and is believed to be one of the oldest inns in all of new England. It was built by Franks and Alice Conley and was originally known as The Conley Inn. When the Conleys both passed away in 1910 it seems that they may have chosen to stick around. Guests often report strange noises, a rocking chair moving and even disembodied voices in room 353 which is apparently where Alice Conley died. There have also been reports of Frank’s apparition appearing in room 295 regularly. Many visitors say that the ghosts of the Yankee Peddler Inn love to indulge in a spot of hide and seek! They are often seen as indistinct wispy white figures from the corner of the witnesses eye, but will vanish if the person turns towards them. 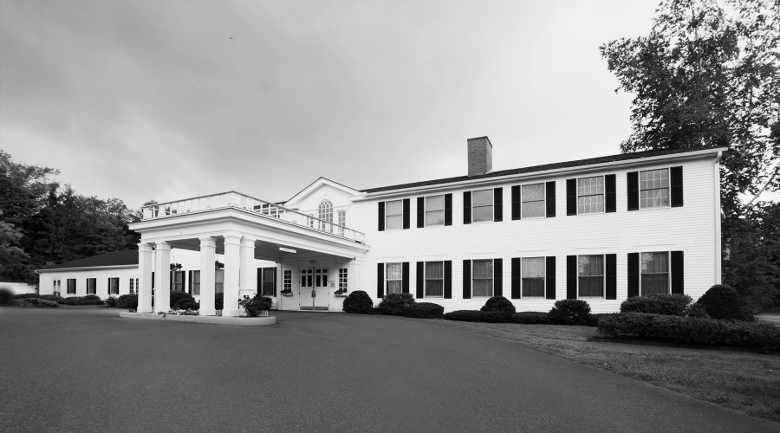 The Litchfield Inn is said to be home to the spirit of an old Native American lady haunting the kitchen and dining room and one guest reported a lady sitting on his bed!

Captain Grant’s Inn is a stunning, rustic bed and breakfast that dates all the way back to before the American Revolution. It is listed on the National Register of Historic Places and throughout its long history it has welcomed all manner of weary travelers ranging from Continental soldiers to escaped slaves on the run! It is now one of the most haunted hotels in Connecticut with multiple ghosts in residence including the spirit of a woman and her two children who mostly appear in the Adelaide Room.