New England was one of the earliest English settlements in the ‘New World’ that became the United States. For most people New England conjures up thoughts of vibrant Fall foliage, lobster fishing and an abundance of blueberries and cranberries.

However, for others, New England is the very epicenter of all things creepy! This is largely down to the large number of high profile hauntings and massacres that have taken place across the six states that make up New England!

Let’s explore a the 9 most haunted places in New England. 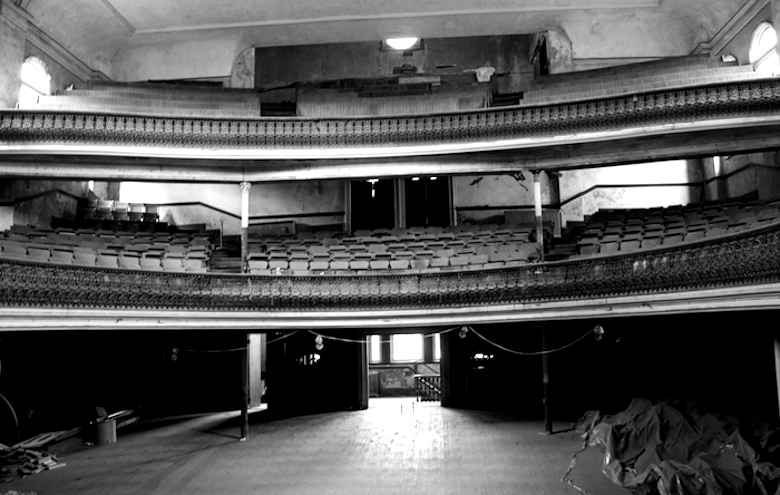 The Sterling Opera House in Derby, CT is said to be one of the most haunted places in New England. It was built in 1889 and remained open until 1945. Over the years, the performers that it has hosted included the likes of Bob Hope and Harry Houdini.

These days, it is more likely to be spirits that are encountered here. There have been a number of paranormal investigations here over the years and the evidence gathered during them has included children talking or singing, shadow figures, light anomalies and the sudden appearance of child sized handprints!

Although most of the activity seems to centre around children, some say that the building is also haunted by the spirit of Charles Sterling who the building was named for. 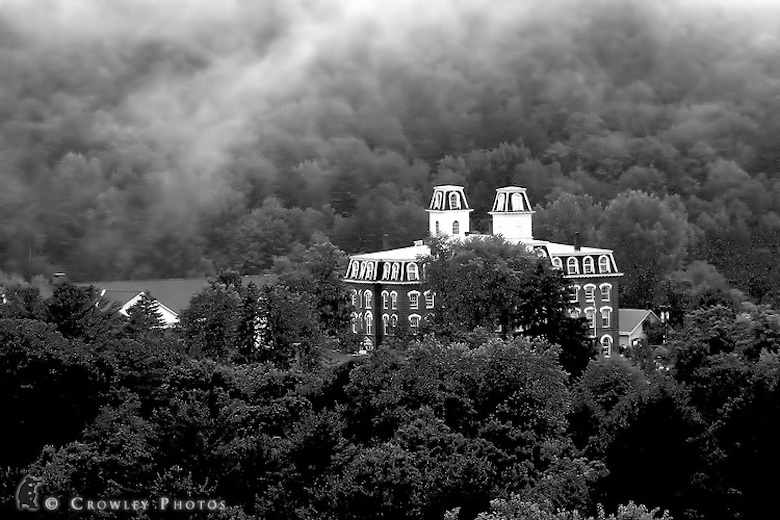 Vermont College of Fine Arts in Montpelier started out life as a Seminary in the 1830s before being converted into a college in 1941. The whole college is apparently haunted, but one particular hotspot is College Hall which is allegedly haunted by the spirit of a young girl who was murdered there some time ago. She has been heard playing the pipe organ in the chapel. 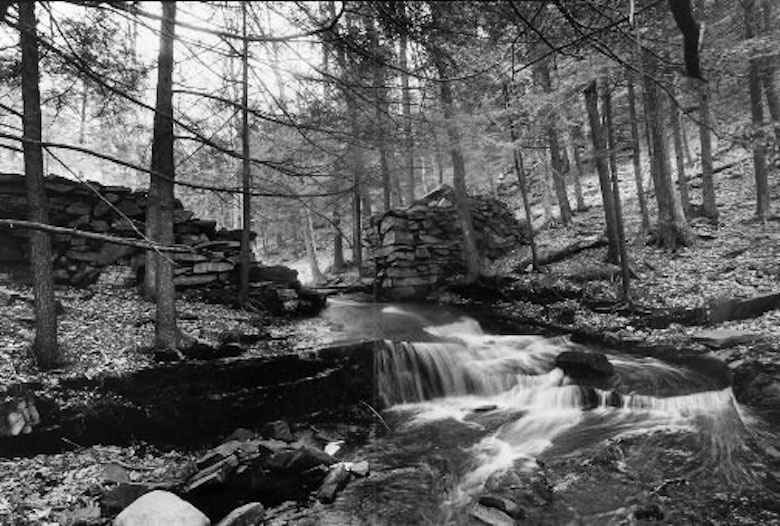 Dudleytown is a village that is said to be under a horrible curse. The Village was founded in 1738 by The Dudley Family who are the ones who were apparently cursed. All of them died soon after settling in Dudleytown.

However, some say that the curse then spread to the rest of the village since the population began to decrease rapidly after the Dudley’s had died out.

There were a greater than average number of violent deaths, accidents, suicides and cases of insanity in the small town. The village was completely abandoned in the 1800s and now all that remains is the foundations and some ruins.

Dudleytown is now owned by The Dark Entry Forest Association and they rarely grant access. However, those who have been granted permission to stop by for a visit say that many of the former residents are still there in the form of ghosts.

Upon entering the village, visitors often experience a strong sense of dread and have seen orbs of light and unexplained shadow figures in the area. There are no birds or animals in the area either which only adds to the creepy feeling here! 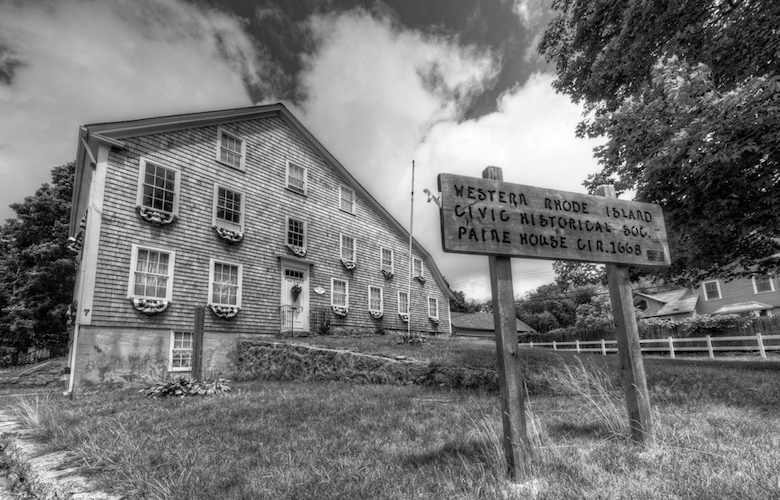 The Paine House was built back in 1691 and it now houses a museum and the local historical society. However, the main reason why so many people flock to the house is that it is famous for being one of the most haunted places in New England.

There are several spirits here, but by far the most active is a young girl who has been seen in various rooms. Investigators have managed to catch her voice as an EVP and have witnesses her moving a rocking chair on command.

Pine Hill Cemetery in New Hampshire is far more well known by the rather gruesome nickname ‘Blood Cemetery’. There are over 300 graves in the cemetery which dates back to the 1700s.

Over the years there have been reports of a number of different types of paranormal activity. The nickname probably isn’t rooted in what you might first think!

It actually comes from the name of the ghost who is believed to be haunting the graveyard, Mr Abel Blood. There are numerous sightings of Mr Blood’s apparition and other strange ghostly phenomena, but the strangest of all is the claims surrounding Mr Blood’s headstone!

There is a hand carved on the stone with its index finger pointed up towards the heavens.

However, local legend states that after dark, the headstone changes colour and the finger points downward instead! 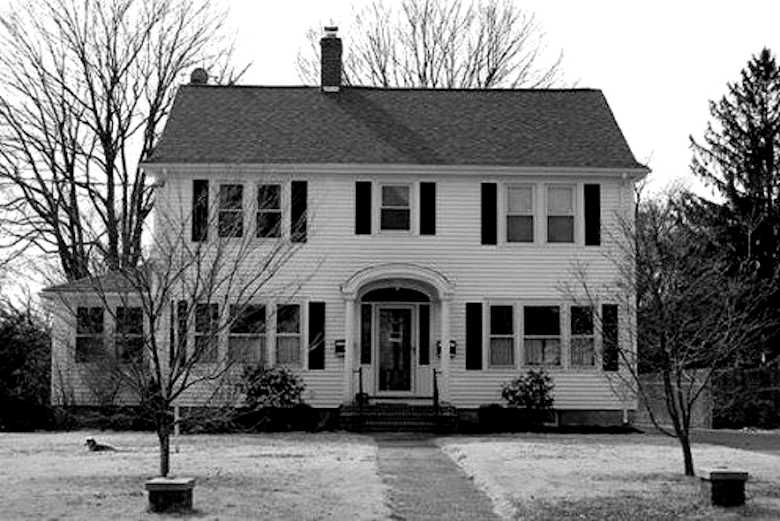 One of New England’s claims to fame in terms of the paranormal is that it is where renowned paranormal investigators Ed and Lorraine Warren are from. The couple both come from Connecticut and this is also where they founded the New England Society for Psychic Research.

Connecticut is also the home of one of their famous cases – The Snedeker Demon House. You may already be somewhat familiar with this particular case if you have ever seen the movie ‘The Haunting in Connecticut’.

The Snedeker Family moved into the house which was formerly a funeral home. However, before long they were experiencing all manner of paranormal activity.

The family had initially moved there to be closer to the hospital where their son Philip was receiving treatment for his cancer. In fact, as Philip was the first to experience the activity it was initially dismissed as hallucinations caused by his medication.

However, the rest of the family soon began to see things too, although Philip was the most profoundly affected and ended up in an institution for several weeks after attacking his cousin.

Some of the paranormal activity witnessed by the family included apparitions, objects moving and water running red with blood.

The landlord claims that there have been no other reports of activity since the Snedekers vacated the property, but it is probably still a pretty cool place to visit!

Danvers State Hospital was built back in 1874 on Hathorne Hill, where Salem Witch Trials Judge John Hathorne once lived. These days Route 1 passes close to the remains of the hospital, but when it was built it was a very rural and out of the way location, being approximately 20 miles North of Boston.

All that remains of the hospital is the somewhat imposing Gothic style Kirkbride Building. While in operation, the asylum faced the same claims that most of these institutions did at that time – overcrowding, lack of funding, neglect and abuse.

There was a distinct lack of adequate care and treatment with those actually receiving any sort of treatment being subjected to brutal methods such as lobotomies and shock therapy.

The hospital finally closed in 1992 and remained vacant until 2005 when it was purchased and turned into an apartment complex.

The Fairfield Inn is one of the many haunted hotels that are scattered across New England.

The town of Kennebunkport in Maine was once a shipbuilding and fishing village, but over the course of the last century it has gradually become a summer colony where wealthy families can have a bit of a getaway.

Many of the mansions in town have been transformed into bed and breakfasts and hotels, of which The Fairfield Inn is one of them.

This was once the home of Captain James Fairfield who is the spirit that is allegedly haunting the property to this day. Captain Fairfield died just 5 short years after building the property in 1815 after falling ill and he was only 38 years old when he passed.

Perhaps that is why he is still lingering in his house, keen to enjoy it for a little longer since he never got the chance in life.

An apparition resembling Captain Fairfield has been seen wandering around the entire house, but he does generally seem to favour the basement for some reason!

There is little doubt in anybody’s mind that there is only one house that should be topping a list of haunted places in New England and that is the Lizzie Borden House in Fall River, MA.

Everyone knows the story of Lizzie Borden, it is even a macabre jump rope rhyme – ‘Lizzie Borden took an axe. Gave her mother 40 whacks. When he saw what she had done. She gave her father 41!’ This of course, refers to the gruesome axe murders of Lizzie’s father and stepmother in 1892.

Lizzie was the prime suspect in the killings, but she was acquitted despite the evidence against her. The house now runs as a themed bed and breakfast that has been preserved as it was in 1892!

It is also said to be haunted by the spirits of both Lizzie and her alleged victims.

Guests have seen apparitions, heard unexplained noises and even woken to find scratches all over their bodies!