Given how old Virginia actually is, it is hardly surprising that it has collected its fair share of ghosts along the way. There is a rich history here in The Old Dominion and that has created the perfect breeding ground for some pretty spooky goings on!

Let’s take a look at some of the most haunted places in Virginia:

The Ferry Plantation House was built during the 1830s, but the history of the land can be traced back further to the 1600s when it served as a Ferry Service taking passengers to the Lynnhaven River.

The building that now stands there has served many purposes including not only the plantation, but also a school, a post office, and a courthouse.

It is one of the most haunted houses in Virginia with no less than eleven ghosts known to haunt the house and its grounds.

One of the most well-known spirits is a male ghost who is described as being very talkative and who appears fairly regularly.

The guides also love to tell visitors all about The Witch of Pungo who was one of the only people convicted of witchcraft in Virginia.

She is said to have been tried nearby and has been seen on the grounds.

There is an area of Williamsburg which is known as ‘The Bloody Ravine’ which was part of the battlefield and the Fort Magruder Hotel happens to be built there.

Is it any wonder then that it is considered to be one of the most haunted hotels in Virginia? Probably not! Guests and staff alike are encountering Civil War spirits on a pretty regular basis in the hotel.

In fact, it is so haunted that an annual science fiction convention which is held at the hotel almost always has a ghost hunt as part of their activities.

Aside from Gettysburg, Cold Harbor is said to be one of the most haunted battlefields in the United States.

It was here that General Lee celebrated one of his last victories over Grant and his forces.

The area is now part of a National Park and so protected by rangers, but that doesn’t stop people from spotting some of the many ghosts that are said to remain to haunt the trenches.

Visitors also report hearing the distant sounds of a brutal battle going on. 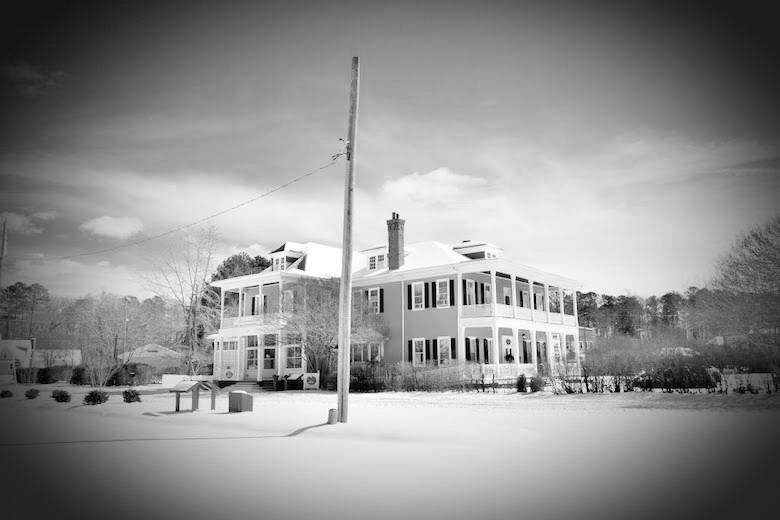 Newport’s Boxwood Inn bed and breakfast was originally built in 1897 when it was known as the Simon Reid Curtis House.

Over the years it has served a variety of different purposes including a time as a family residence, a general store, a post office, a tax office and a hall of records.

It is now known to be one of the most haunted buildings in Virginia thanks to a spirit who is said to reside in the house’s attic.

It is a popular place for paranormal investigators to visit and it is a great spot for recording EVP evidence since the ghost seems to be relatively chatty! 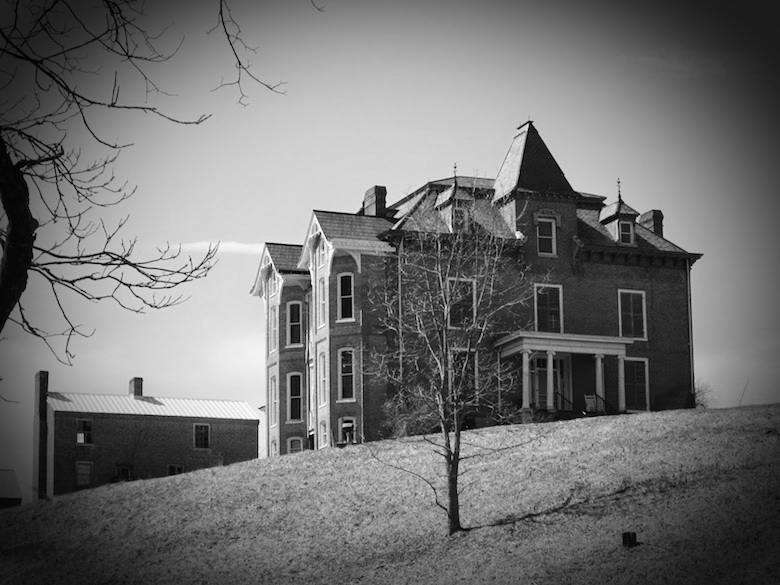 Major Graham’s Mansion is kind of the stereotypical haunted house!

It is sitting in the middle of nowhere close to Fort Chiswell and the long drive to get to it takes you through various back roads that will leave you feeling lost and disorientated before you even managed to find the house!

The oldest parts of the building date back to the 1830s, but it is said that the event which has made this one of the most haunted places in Virginia actually happened in 1786.

It was at this time that two slaves killed their master and were hung from a tree on the property.

They are the spirits that are said to be to blame for all of the strange things that happen in the mansion.

The house has even made appearances on a number of paranormal television shows.

One of the unique things about Swannanoa Palace is that it took about 8 years to complete the building work.

It was officially completed in 1912 and was originally owned by a prominent Virginia family called The Dooleys. When the family died, the house was transformed into a county club.

Unfortunately, during the Great Depression and World War II, the house was more or less abandoned. From 1949 and 1998 the mansion was rented by the University of Science and Philosophy, but it now lies empty in a terrible state of disrepair.

It is sad to see it decaying, but the good news is that the current owners do have plans to restore it to its former glory.

The paranormal activity only really started to gain attention in the last couple of years, but in that time a number of different paranormal investigators have managed to pick up some very compelling EVP evidence.

They believe that it is the Dooley family who is haunting their former home.

In its early years, Paxton Manor was better known as Carlheim. The mansion was built in 1872 and some say that the reason why it has become one of the most haunted mansions in Virginia is that it has a natural subterranean body of water flowing underneath the house.

The manor now functions partly as an education center for disabled young people and partly as a haunted house attraction.

What makes the haunt even spookier is that the building is actually haunted!

Investigators who have been allowed to explore the building say that the Paxton family may never have left! 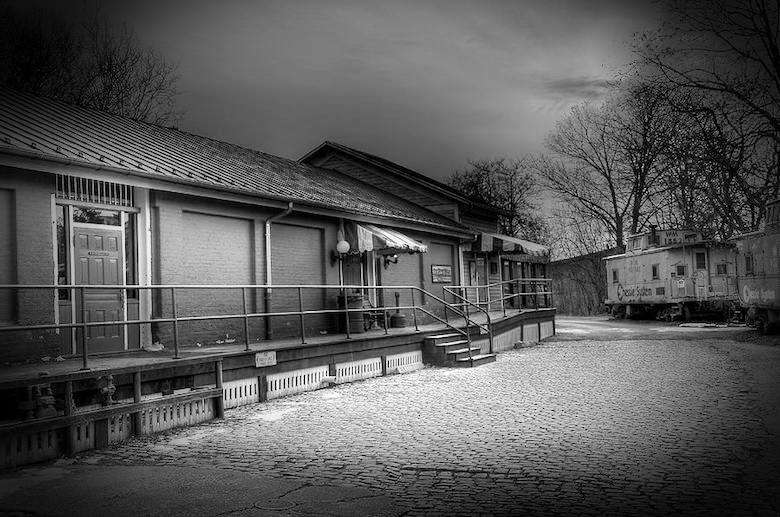 Staunton Train Depot has only really started to garner a spooky reputation fairly recently. However, it has quickly become one of the most haunted locations in Virginia.

If you visit by day all you will see is a charming and fairly welcoming train station. However, by night things are very different.

It is not really that surprising that there are ghosts here considering the fact that there have been several tragic events at the station. In 1864, it was burned down by Union soldiers and several people perished.

There was also a mental hospital close by which had awful living conditions for patients and some say that the ghosts from there have wandered into the station on occasion.

There have been a wide variety of ghosts reported here over the past few years.

Among them, there has been a little girl killed in a train accident, a Confederate soldier, several older mental patients and a number of people believed to have died when the station was destroyed by a train derailment in 1890. 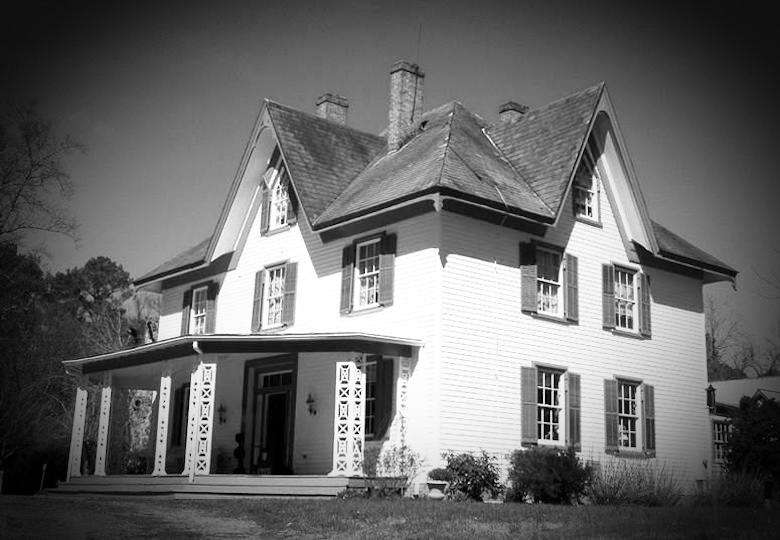 Edgewood Plantation was built back in 1850 when it was known as Berkeley Plantation. It is now a charming bed & breakfast, but it is also said to be full of restless spirits.

The main spirit who seems to be sighted most frequently is a lady who is said to be the fiancée of a Civil War soldier who never returned from battle.

It is said that the lady is still roaming the halls of the plantation house lost and broken-hearted.

There is very little doubt that St Albans Sanatorium is one of the most haunted places in the state.

It is a popular spot for paranormal investigations and it has been said that this abandoned mental institution has the highest rate of paranormal activity on the entire East Coast!

St Albans started out as a boys school in 1892 before it was converted into a hospital for the mentally ill.

The ghosts who haunt here include former patients, former staff, and a few children.

It is said that one spirit in particular who haunts the building is a former staff member who keeps to the lower level and behaves aggressively towards females who visit. 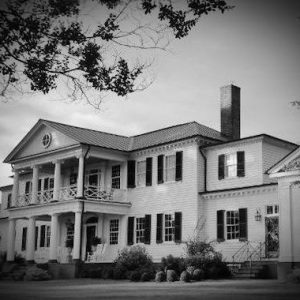 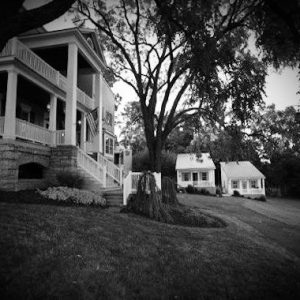 View All Haunted Hotels in Virginia