6 Most Haunted Hotels in West Virginia

West Virginia has no shortage of haunted locations to pay a visit to and that includes a number of haunted hotels, inns and guesthouses.

Join us as we explore some of the haunted hotels in West Virginia. 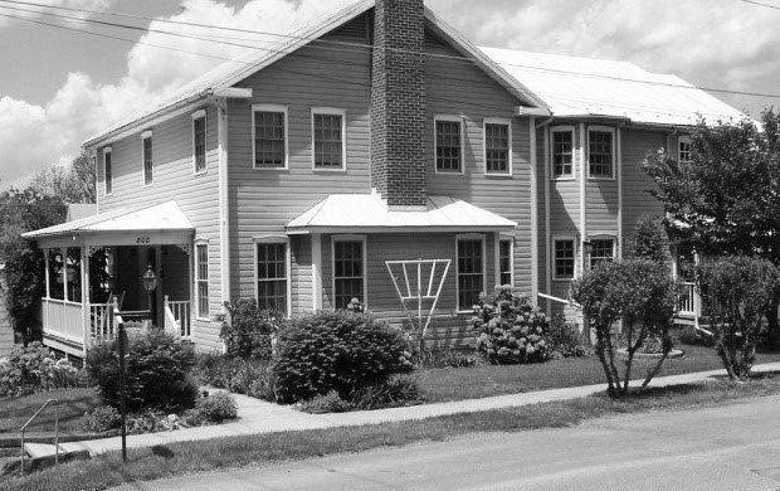 It is believed that the Harpers Ferry Guest House is haunted by no less than five different apparitions. The most commonly reported one is a hostile male apparition in a brocade guests who frequently pushes unsuspecting guests. Other apparitions that have been reported include a woman in a grey dress who sometimes has a small child with her and rather unsettlingly an apparition of a shadowy gravedigger holding a corpse! 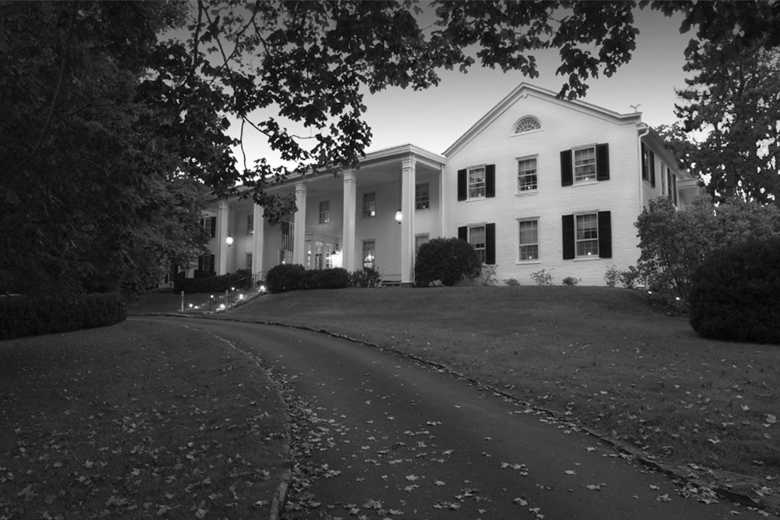 There are also the ghosts of a slave named Reuben who was apparently hanged in the room that now serves as the dining room. Guests have reported seeing him sitting in the corner of the room and sometimes people see a napkin float in the air before falling to the table.

There have also been reports of the spirit of an unnamed little girl who is often heard crying in room 206, but when people enter the room to check on her there is nobody there.

The White Lady is the most famous of the three ghosts and she is said to haunt room 208. It is not clear who she is or why she is haunting the hotel, but there is a portrait of her hanging in the room. 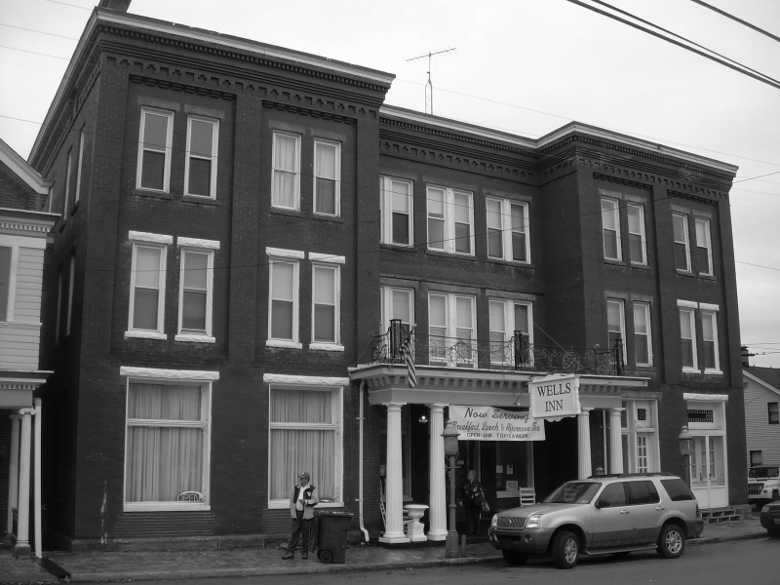 The Well Inn was founded in 1896 by Ephraim Wells and he is the ghost that is said to be haunted the property to this day. According to reports, the spirit likes to move stuff around when people are not in their rooms. He is also known to open and close doors and is the culprit of strange noises around the hotel.

The elevator in the hotel often goes to the third floor without being called and perhaps strangest of all, people have reported hearing the sound of someone writing inside what was once Wells’ office. The sound is described as a pen scratching across paper! 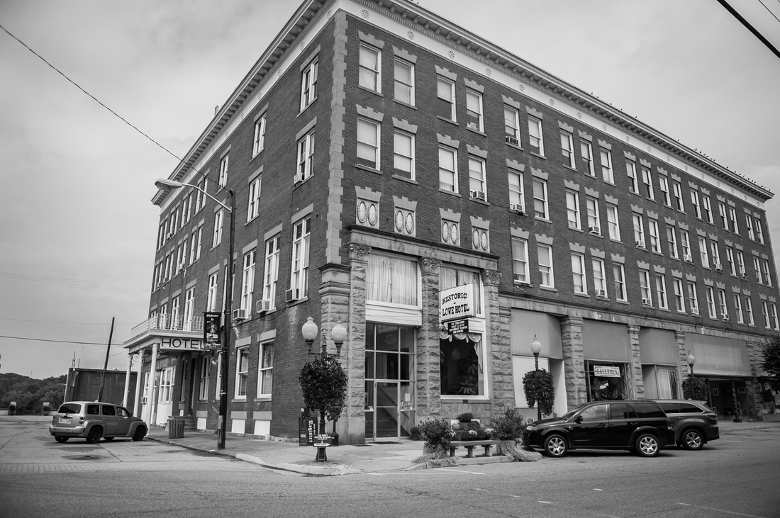 The Lowe Hotel in Point Pleasant is said to be haunted by the ghost of a beautiful young lady dressed in a nightgown. She is most often seen dancing to music that only she can hear! However, she is not alone.

There are several other ghosts in the hotel including a little child riding on a tricycle around the second floor, a sea captain searching for his boat, a bearded male spirit and a woman believed to be a former maid at the hotel. The maid is said to be one of the most active ghosts. 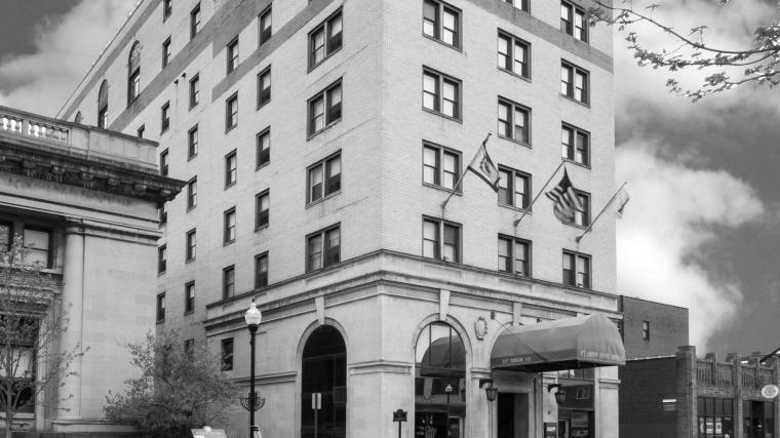 Hotel Morgan opened in 1925 and to this day it remains one of the most haunted hotels in West Virginia.

One of the most active rooms in the hotel is said to be Room 314 which is haunted by the spirit of a girl who drowned in the bathtub. Guests who spend the night in the room say that they feel the girl’s presence in the room, especially in the bathroom and some say that they become overwhelmed with sadness.

That is the most commonly reported paranormal activity, but there have been other reports of strange activity throughout the hotel over the years!

1 - The Blennerhassett Hotel, ParkersburgBook a Stay 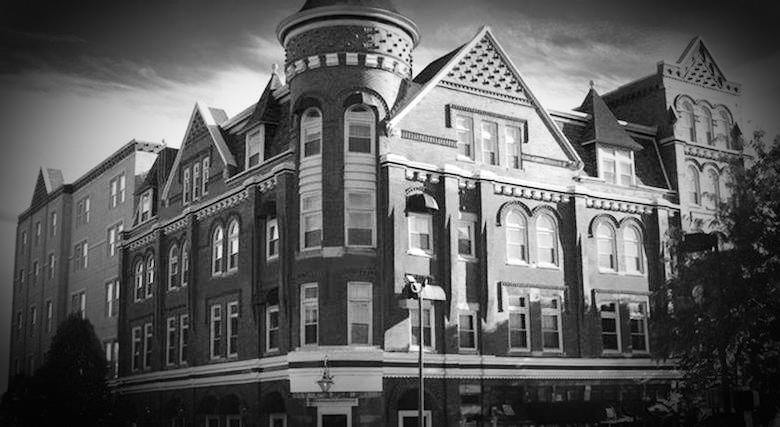 The Blennerhassett Hotel is said to be one of the most haunted hotels in West Virginia. Staff say that the hotel is haunted by a man who appears dressed in a grey colored three piece suit. He is described as having slicked back hair and a beard. He also wears a top hat and carries a cane. It has been suggested that he is the spirit of William Chancellor who built the hotel. He is most often seen is the library smoking his trademark cigar.

There have also been sightings of ghostly children enjoying a game of tag in the hallways of the second floor. There is also a turn of the century newspaper boy who is seen regularly in the kitchen of the hotel.

On rare occasions staff have also encountered a ghost party in the hotel ballroom. They hear music coming from the ballroom, but when they open the door there was nobody there.

Finally, there is a spirit nicknamed ‘The 4 O’Clock Knocker’ thanks to his habit of knocking loudly on the door of the hotel coffee bar at 4am most mornings! 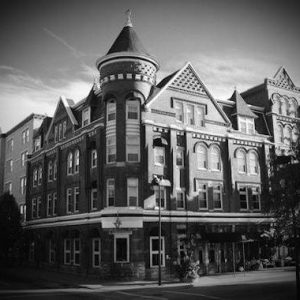