The Heceta Head Lighthouse B&B looks like it came straight out of a book. With well-appointed rooms and a handcrafted wooden staircase, it is indeed one of the most unique bed and breakfasts today. Listed as one of the top ten most haunted lighthouses, a night here would surely be unforgettable.

It is said that Rue does not like her home being disturbed by others. When volunteers were painting the house, fire alarms kept going off. One of the workers even had to get up to make sure that there was no fire. Once he made sure that there was no fire, he went back to bed, but the alarm went off again. This time he removed the battery but oddly enough the alarm kept going off.

A workman who was cleaning the attic is said to have seen Rue up close. He was so frightened that he fled and refused to return to the attic. A few days later, he broke the attic window by accident while working on the building’s exterior. Because of his prior encounter in the attic, he repaired the broken window from the outside. During the night workers heard scraping noises in the attic and when they woke up the next morning they saw the broken glass in one neat pile.

The Heceta Head Lighthouse B&B was constructed in 1894. It has become a historic landmark which features period antique furnishings. One of the inn’s most unique features is its handcrafted wooden staircase which leads to guests’ accommodation.

Heceta Head Lighthouse has been placed on the National Register of Historic Places in 1978. The site of the B&B originally included several buildings; however, they were demolished in 1940. After the house’s electrification, keepers were no longer needed. In 1963, the keepers moved away and what remained of the house was leased to Lane Community College in 1970. The porch of the Queen Anne house was renovated in 1981. [/tab]

Heceta Head Lighthouse Inn offers guests 6 unique rooms. The Mariner I and Mariner II offer the best views of the Pacific Ocean. Guests checked in the room will be able to see the waves pass by and crash on into the rocks. Each of the two Mariner rooms has a private bath.

The Lightkeeper’s room is one of the inn’s most popular rooms. It offers an exclusive view of the lighthouse, hence the name. Victoria’s room is the room where previous lightkeepers have slept. It comes with a four-poster bed and it is said that Rue haunts this room the most. It also has a modern private bath, marble shower and a spacious closet. The Cape Cove Room is known as the cosiest room in the inn. It has a great view of the beautiful Historic Cape Creek Bridge which was designed by Conde McCullough, one of the most respected architects in the United States. The Queen Anne room is the inn’s most romantic room. It has a four-poster bed with Austrian sheers. The forest and the garden can be seen from the room’s window. Terry cloth robes are provided for guests billeted in the room.

Heceta Head Lighthouse B&B is located in an area which offers diverse historical sites and natural attractions. The Oregon Dunes National Recreation Area has a lot of nice hiking trails and camping sites. The dunes can be explored by riding an ATV. There are daily tours for guests. The Sand Master Park is one of the few parks of its kind in the world. For those who enjoy horseback riding, C & M Stables is located just right down the road.

Oregon has some of the best golf courses and players can choose from the Ocean Dunes Golf, Crestview Hills Golf and Sandpines Golf. Whale watching is also an activity which the whole family can participate in. Gray whales which are migrating travel up and down the Oregon Coast all summer long. Two of the best view points for whales in Yachats are Cook’s Chasm and Cape Perpetua. There are also large volcanic rocks lining the coastline Yachats and they give guests some of the most spectacular views of the Oregon Coast 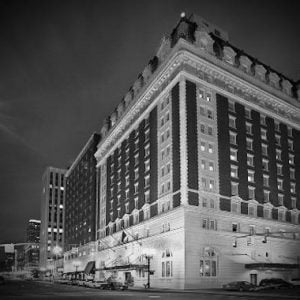 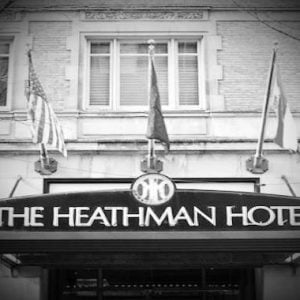