The 10 Most Haunted Places in Erie, PA

With a name like Erie, you pretty much automatically assume that it must have its fair share of ghost stories to tell, right? Well, you certainly won’t be disappointed because Erie, Pennsylvania is indeed littered with a number of very interesting locations, all of which are reportedly haunted.

Let’s take a closer look at the 10 most haunted places in Erie, PA:

The Old Main Tower located at Mercyhurst College was once used as a convent in the early twentieth century. It is said that there was one lady in particular who had joined the convent upon learning that her lover had been killed in action during World War II.

However, a few years later he returned, but the woman had already promised her heart to God and it was too late. Realizing her mistake the woman went insane and she was locked in the tower where she eventually committed suicide.

Following her death, a ring that had been given to her by her love was placed at the bottom of a statue of the Virgin Mary. For over fifty years, anybody who touched that ring ended up dead within 5 years.

In the end, the ring was locked away for safety, but from time to time, it reappears without explanation. There have also been numerous sightings of the nun roaming the halls, perhaps searching for her ring? 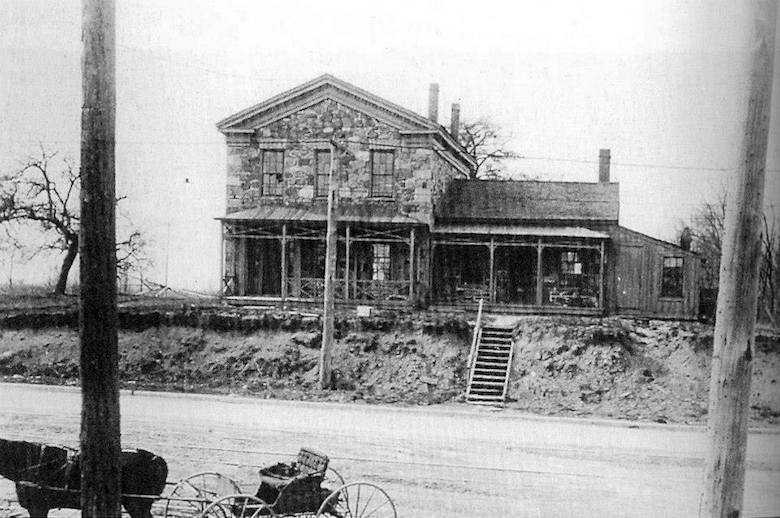 The Old Crowley Mansion is still considered to be one of the most haunted houses in Erie PA. The house was actually one of the first haunted buildings documented in Erie.

The Crowley Family were incredibly wealthy, but they were also plagued by misfortune including murders, illness, and untimely deaths.

One member of the family was murdered in the mansion by his own wife and made it his mission to torment her from beyond the grave by causing destruction and mayhem throughout the house night after night.

However, those who visit today say that they are overcome with a wave of sadness and negativity. Some have also claimed to have seen apparitions on the property.

Gannon University is another of the popular haunted locations in Erie PA. One particular hot spot for paranormal activity is one of the fraternity houses on campus.

One of the most commonly retold incidents involves a Halloween party where a dark figure in a black cowboy hat apparently appeared and was followed upstairs by one of the partygoers.

Upon reaching the top of the stairs he apparently tipped his hat to the person following behind before promptly disappearing. A short time later, weird stuff started to happen upstairs including unexplained noises and windows/doors opening and closing on their own.

The man in the hat then reappeared to warn everybody that they should immediately leave the house before disappearing once again! There have also been reports of strange activity in the Schuster Theatre on campus.

If you talk to members of the congregation at the Cathedral of St. Paul in Erie, PA then you will find that the vast majority of them fully believe that the ghost of a little girl known as Katie is still lingering here even after her death.

Katie apparently died in a car accident close by and she is now said to have remained in the church. Members of the congregation have described hearing a child’s laughter which is said to sound very much like Katie’s laugh did when she was alive.

There have also been reports of heavy objects getting moved around inside empty rooms and the church organ has also been known to play by itself on occasion!

Although it is now known as Nicky’s Pub, in the past the building served a variety of different purposes including a few business ventures that were believed to have mafia and prostitution connections. It is now said to be one of the most haunted buildings in Erie, PA.

There have been frequent reports of a man in a long coat who hangs around in the East hallway. There have also been other common paranormal phenomena reported such as a smell of sulfur, disembodied voices, electronic devices malfunctioning, and doors closing by themselves.

It is also fairly common for unexplained faces to pop up in photographs of the place.

He is said to have died in Erie and was buried locally. However, a few years later his son demanded that his father’s remains be relocated to a cemetery in South-Eastern Pennsylvania where the family was from.

In order to fulfill these demands, the General’s body was exhumed and placed inside an iron cauldron where it was boiled to remove all traces of flesh. This was done because moving bones was much easier than transporting a partially decomposed corpse.

The cauldron and the tools that were used to carry out this procedure, which some might term an act of desecration, are now on display in the museum and they are believed to be the reason why his spirit is tied to the building.

The cauldron is known to rattle loudly at night and some say they have seen General Wayne’s apparition in the kitchen where it is displayed.

There have also been reports of the spirit of a little girl haunting the second floor of the mansion.

The Brewerie at Union is apparently haunted by the spirit of a young woman called Clara who died after falling down the stairs here.

She has been seen and heard on a number of occasions by customers, staff and even visiting paranormal investigators.

The owners are happy enough to share the building with young Clara and the bar even serves a beer that is dedicated to her!

One of the most well-known haunted locations in Erie is probably Erie Cemetery which is reported to have a number of haunted spots within its gates.

One of these hotspots is an area where there is a series of headstones that are arranged in a circle. This is known to locals as ‘the witches circle’ and legend has it that Satan himself pulled some of his worshippers underground in this very spot during a Satanic ritual.

Some of the tombstones even appear to have scorch marks on them. Another spot that is said to be particularly is one of the mausoleums which is adorned with gothic ornamental details on the front.

The mausoleum is dark and appears to have been on fire at some point. It is apparently very haunted and people have heard strange noises coming from inside the structure.

There have also been reports of a black spectral dog wandering the cemetery after dark.

Wintergreen Gorge is said to be haunted by the ghost of a young man called Tim who is believed to have been in his twenties, although he looks far younger.

Many people who have encountered his spirit have actually described him as a child. He is more often than not accompanied by his dog, Dutch.

The story is that he used to hike in Wintergreen Gorge with Dutch until his dog died. A few years later Tim died in an accident and now it seems like the pair have been reunited and have returned to a place that they both loved to live out their afterlife together.

It’s actually a pretty nice story, and most witnesses confirm that they do not really recall being afraid when they have encountered Tim and Dutch on the hiking trails!

There is one spot in the wooded area behind Thomas Road which has a particularly chilling history. This is apparently the site of a murderous rampage at the hands of an ax-wielding maniac.

It is hardly surprising that it is now said to be one of the most haunted areas in Erie PA! Witnesses have reported seeing the apparition of a young woman, believed to have been one of his victims, running around and screaming as if she is being chased. There have also been sightings of the killer himself.