One of the most popular ghosts in the Palace Saloon is that of a man named Nevins. He was playing a game of high stakes poker and he was in debt. He put his mortuary up as his collateral and lost everything to the sheriff. It is said that whenever men play a game of poker, the spirit of Nevins will return wanting to replay the fateful game of cards which led to him losing his funeral parlor.

The owner of the saloon, Dave Michelson, also has some stories to tell about his personal ghostly encounters. He has a photograph of the bar taken in 1890 which shows what looks like a ghostly figure of a man in the background.

According to Dave, glasses would fall off the rack for no apparent reason and once there was a plant sitting on the bar that suddenly fell to the ground. There was also a mannequin that fell over the railing from the top of the stairs when there was no one around.

The Palace Saloon in Prescott, Arizona was opened in September 1877. The Palace Saloon was more than just your average watering hole. It was decorated tastefully and lavishly. It had nothing but the finest liqueurs from exotic locations all over the world. The Palace gave the men a place where they could check the boards for available jobs which are suitable for them; and read about the news of national results. Sometimes mineral business would be conducted over the bar.

The saloon was destroyed by a fire in 1883. Then owner Robert Brow rebuilt the saloon and made it stronger and grander that it was before. The new saloon had a stone foundation, strong brick walls and a long bar. However, it was again damaged by fire in July of 1900. According to reports, saloon patrons grabbed the liqueur inventory and took it to the courthouse plaza across the street. Drinks were served to the men who helped to save some of the valuable properties of the saloon while the fire slowly consumed it.

The present saloon was opened in 1901. It has a neo-classical revival design built of iron, granite, and ornamental bricks. Some Hollywood movies have been shot in the saloon, such as “Junior Bonner” and the MVD Ghostchasers show has even shot an episode there. 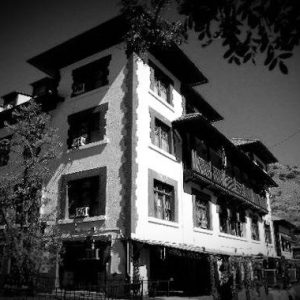 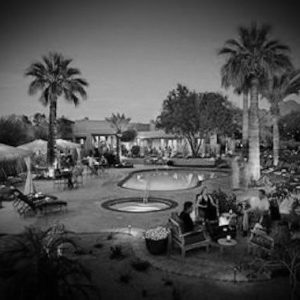