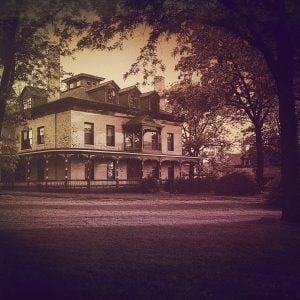 A Night at the Bingham-Waggoner Estate, Independence, Missouri

Ghost hunt at the Bingham Waggoner Estate in Independence, Missouri, described as “insanely active” by those brave enough to enter. Experience a real paranormal investigation with unrivaled access to the property together with the Haunted Rooms team, for an evening not soon forgotten.

One of Missouri’s Most Historic Properties

Welcome to the infamous Bingham-Waggoner Mansion in the historic city of Independence, Missouri. Once home to one of the greatest American painters of the 19th century and prominent Missouri politician, George Caleb Bingham (“the Missouri Artist”), the mansion may well still be home to the talented man’s spirit.

Plotted in 1827 on the superhighway west called the Santa Fe Trail, The Bingham-Waggoner Estate is today one of the most significant historical sites in western Missouri, because of the key role it played in the history of the state and the many colorful characters, owners, and residents of this now legendary mansion. The most famous is the artist and politician George Caleb Bingham, who purchased the property in 1864, expanding the impressive grounds to nearly 20 acres.

Bingham’s works, including beautiful and lively scenes of the Missouri river, appear in many major museums including The Metropolitan Museum of Art, The Nelson-Atkin Museum, the St Louis Museum of Art and The National Gallery of Art. The Bingham Waggoner mansion still has his original work of Dr. Lykens hanging in the music room. Bingham also painted a Civil War scene called “The Martial Law,” whilst living in the house which became one of his most famous, most discussed, political works.

Several people have reported seeing the specter of a man in a long coat and a top hat in the mansion, it’s thought to be Bingham himself who died on July 7, 1879. Bingham was also a soldier, then a politician. He became the captain of a volunteer company that helped keep the state of Missouri from joining the confederacy, he was then Missouri’s Treasurer before becoming Missouri’s Adjutant General. As well as political themes, as an artist, his paintings encompass American frontier life along the Missouri River in the Luminist style.

The Waggoner family bought Bingham’s home in 1879, after his death. They were a family of flour millers famous for baking and cake flour. Three generations of the Waggoner family made the Bingham Waggoner Estate their home for 100 years before it was bought by a conglomerate of citizens and turned into an important museum and park.

As well as Bingham’s ghost, there is said to be the spirit of a bride who has been seen on the staircase. As the stories go, the bride tripped on her gown on the stairs and fell to her death, though the stories are sparse on this haunting so it’s certainly one to investigate further.

Are you ready to try and make contact with the spirits in this almost 200-year-old home?

Tickets sell out fast for this location

Situated at 313 W Pacific Ave, Independence, MO 64050, the Bingham-Waggoner house is a stunning example of the architecture of the day and immaculately preserved. It was plotted in 1827 along the Santa Fe trail and the estate played an important role in Missouri’s history. George Caleb Bingham was just one of the estate’s famous and colorful characters.

Bingham was a strong opponent of the military government during the Civil War and he also painted “Order No.11,” which depicted a merciless act by government troops which caused chaos and death.

The house now has a gift shop in its carriage house and visitors can quickly return to the history and romance of the 1800s amidst the period furniture, paintings, and décor, some of them Bingham’s.

The house itself was built in 1852 from handmade bricks and was bought by Bingham in 1864. Bingham added a studio to the site for his art, but it was later removed after he sold the property.

The next owner, William Waggoner, owned a flour mill built across the street which is now the National Frontier Trails Museum. Waggoner, his wife Elizabeth, his parents Peter and Mary and William and Elizabeth’s five children all resided at the home. George Gates, the grandfather of Bess Truman (married to President Harry S. Truman), became a partner in the mill and the company became the Waggoner-Gates Milling Company. It’s said that President Truman became a regular visitor to the Waggoner family abode.

In 1895 the property was expanded from the six rooms to 26 with three stories and an Italian-villa style cupola. A beautiful veranda was added around the whole of the mansion.

The event is ticketless. Your proof of booking is your booking confirmation email. You will also receive an email with important information prior to your event, usually the week of.

Be the first to review “A Night at the Bingham-Waggoner Estate, Independence, Missouri” Cancel reply 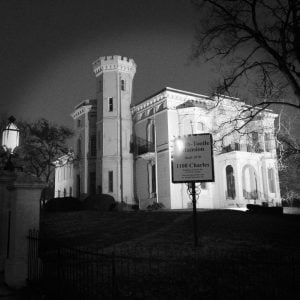 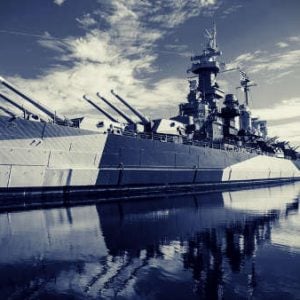