Several hauntings are said to occur in the mansion and naturally, the mansion’s most popular ghosts are its previous owners, Dorr and Agnes Felt. They are said to wonder in and out of the rooms of the mansion and people believe that because they had a limited time on Earth to explore and enjoy their mansion, they have decided to remain even after their deaths.  The couple are said to be kindred spirits who are not out to frighten guests or visitors, but rather enjoy their former abode.

“Shadow people” or dark figures have been reported in the third floor ballroom – some of the shadows appear to sway and dance while others seem to be cleaning or sweeping the floor. The double French doors in Agnes’ bedroom are said to open and close by themselves.

Dorr E. Felt wanted to create a beautiful home for his family and he began the construction of the mansion in 1925. The mansion was supposed to be the family’s summer home and after three years of construction it was finished. It had a total of 25 large rooms occupying an area of about 17,000 square feet. It was enormous compared to other mansions of the time. There was even a majestic ballroom on the third floor of the mansion.

However, tragedy struck just after a month and a half of the mansion’s completion. Agnes passed away and Dorr was beside himself with grief. He died just a year and six months later. Nineteen years later after Agnes’ and Dorr’s death, the family was faced with financial problems. In order to ease their financial situation, they sold the items in the home, as well as the hundreds of acres near the area of Lake Michigan which Dorr had purchased and named “Shore Acres”.

After it was sold, the mansion was converted to a prep school for Catholic boys. By the 70s, the state of Michigan had decided to purchase the property and convert it into a prison and later a home to cloistered nuns. 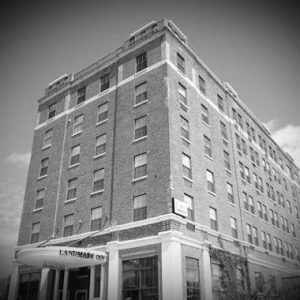