The Allen House is reportedly still haunted by its former owners. Joe Allen, who had the house built, was a very successful business man and was an outstanding citizen of Monticello. He died of a heart attack on a demonstration of a motor vehicle for sale. He was survived by his wife Caddye and his three daughters; Lewie Manker, Lonnie Lee, and Ladell. He also had a son named Walter Edwin who died during infancy.

One of Joe Allen’s daughters (LaDell) committed suicide in the house by drinking cyanide. Not long after her death, Joe decided to move the family to a different location. However, Ladell was left in the house and when the building was turned into cheaper apartments, tenants started to see LaDell for themselves.

A doctor who lived in the house thought that the ghost stories were far from real. However, when pictures he took of the building were developed, he could clearly see LaDell in a mirror in one of the photos.

Another couple who lived in the building claimed to have seen LaDell’s ghost inside the closet. After trying to close the door shut, they heard someone giggling. One of the floors was also turned into a retail shop on the first floor. Every night the storekeeper would lock the door and when he came back in the morning he would find some of the things missing.

Other people who lived in the house have heard crying; footsteps in the upstairs floors; and crying from empty rooms. The police have even been called to the house numerous times for fear of intruders but when they checked the house there was no one else there.

The Allen House was built in 1906 by renowned architect Sylvester Hotchkiss and builder Josiah Barkley White. It was built for Joe Allen and his family. A combination of Queen Anne; Gothic; and Neo-classical styles, it is certainly one of the most beautiful houses in the state. Occupying 8,000 square feet with a full attic and three stories, it is more of a mansion than a house.

Carol Wilson, an author who lived in the Allen House for quite some time has created a novel describing her experiences in the house. The house is now classified as a private residence and the current owners of the house, Rebecca and Mark Spencer have slowly gotten used to all the paranormal happenings in the house. They have also written a book entitled “A Haunted Love Story: The Ghosts of the Allen House”. 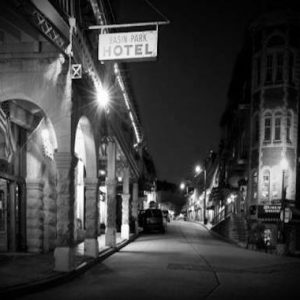 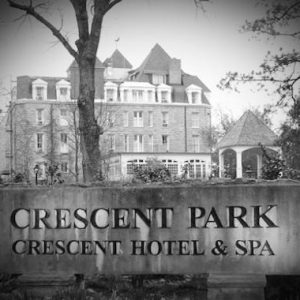 VIEW ALL HAUNTED HOTELS IN ARKANSAS