The 9 Most Haunted Hotels in Louisiana

Louisiana has a colorful history. It is filled with plantations, tales of voodoo, horrible fires, war, and damage from at least one major hurricane. Louisiana is also home to some of the most haunted hotels in the United States. With so many haunted tales documented and passed on from one avid ghost hunter to another, there are numerous haunted properties people visit to conduct their own investigations.

The following are just a few of the many haunted hotels in Louisiana. 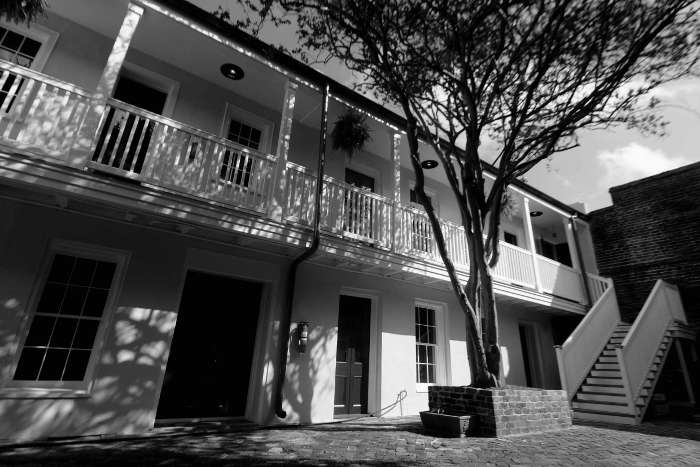 Do you think you have what it takes to stay a night in the Axe Man’s lair? If you’ve got an addiction for paranormal chills and thrills and fancy yourself a good scare, then you must take the challenge and book a night–or even an extended stay–in the Haunted Hotel on 623 Ursulines Avenue in New Orleans, Louisiana. Many have stayed, some have never left…

New Orleans hotels are well-known by many people for their terrifying tales, but none are as bone chilling as the Haunted Hotel on Ursulines Avenue. Once part of the legendary Ursulines Convent, the property of 623 Ursulines Avenue was once a privately owned residence before becoming a hotel in the early 1900s.

The ghost of Maime, the property’s former owner who died in her bedroom, has been known to lurk about this haunted New Orleans destination. And did we mention the spirit of the notorious Axe Man still lingers at this haunted place in Louisiana? Come see for yourself what two dozen people haven’t lived to tell the tale of in this truly terrifying haunt in New Orleans. 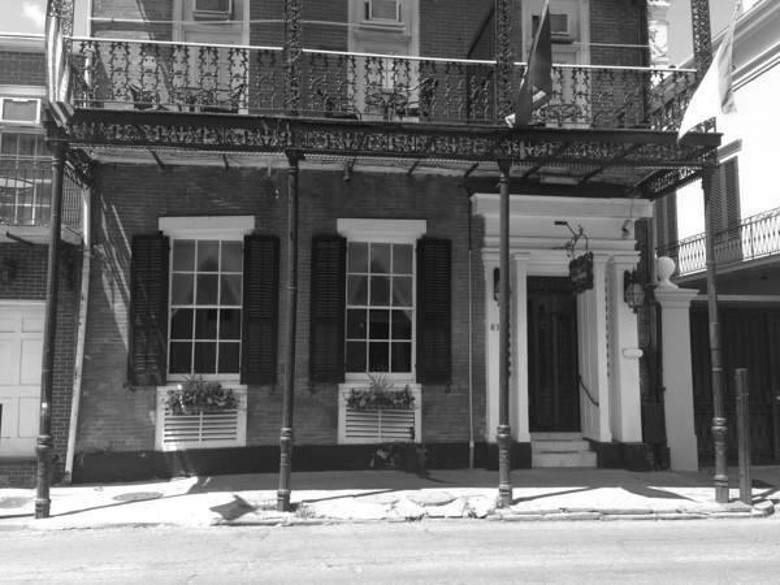 The building that is now the Hotel Villa Convento came to be back in 1833. Legend has it the building is the famed “house of the rising sun.” For many years the building served as a private home and some say a brothel. After changing hands numerous times over the years the building was converted into the hotel it is presently. With the rumors that the building was once a brothel it should come as no surprise that many people, specifically men, claim to have seen the ghost of what once was a Madame for the former brothel.

Multiple husbands have reported that while engaging in intimate activity with their wife a woman appears in the room staring at him. One husband even heard the ghost of a woman speaking suggestively to him while his wife was asleep on the bed. The husband had also heard the same voice when he and his wife were checking in for the evening.

Guests of the hotel have felt like someone is watching them in different rooms of the hotel. Room 209 offers anyone that enters the room a very unsettling feeling. The list of apparitions and paranormal activity in the Hotel Villa Convento are so extensive it is definitely one of the most haunted hotels in Louisiana. 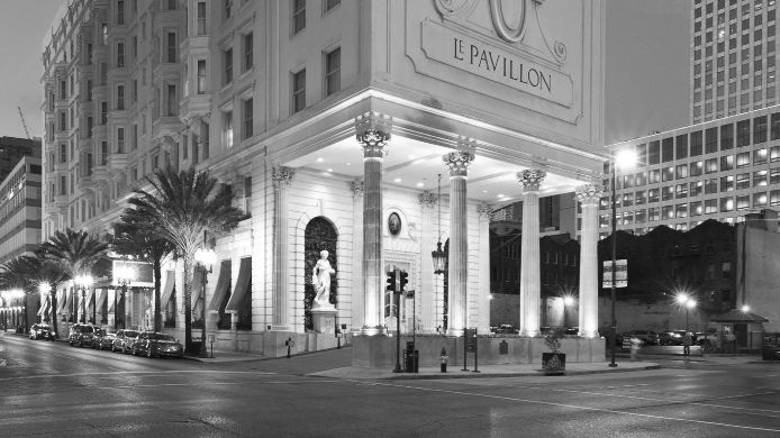 Like many different hotels in Louisiana, Le Pavillon Hotel was not the first structure to sit on the present location. Dating back to the late 1800’s an assortment of different buildings stood where Le Pavillon is today. Some of the previous buildings included a streetcar depot, a theater, and another hotel. All manner of activity was rumored to have taken place at the building over the years.

Today, Le Pavillon Hotel ranks among the most haunted hotels in New Orleans. Some suggest that the paranormal activity is the result of people who once visited the previous structures that once stood where Le Pavillon is currently. There are stories that there are ghosts living in all of the floors of Le Pavillon.

On the ninth floor there are reports of the ghost of a woman in black sitting on the foot of the guest’s bed. Other guests have not only seen the ghostly woman but have heard her speak to them. There is a couple dressed to the nines that appear to be from the 1920’s. The couple holds hands, walk around the lobby and even walk onto the elevator. Shortly thereafter the elevator dings and the couple have vanished, despite never switching floors. The same couple has reportedly been spotted in room 221 on the second floor. 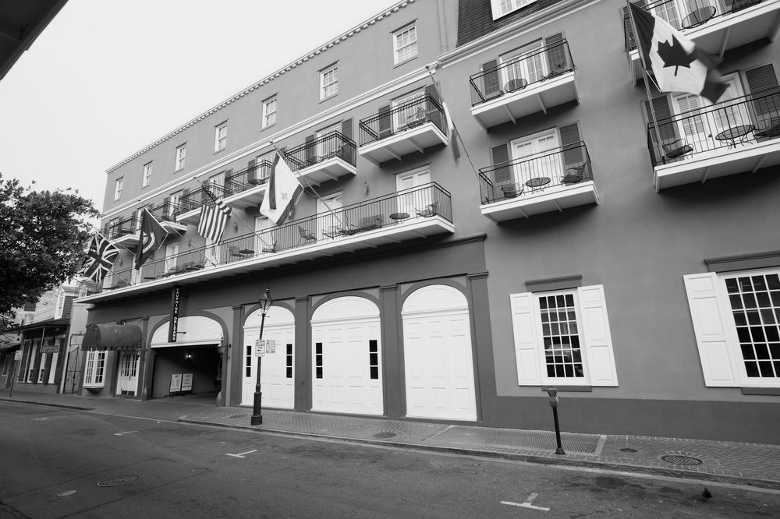 The Dauphine Orleans Hotel dates as far back as 1775. Much of the hotel has managed to survive horrible fires, war, and a hurricane. The hotel has changed hands multiple times and been host to numerous guests as well as residences. Some of the individuals who have lived, worked or visited the previous incarnations of the Dauphine Orleans Hotel appear to still be living at the hotel.

Guests of the hotel have made reports that they get the feeling that someone is watching them while in the hotel. Other claims have been made that doors are locked from the inside when no one is booked for, or cleaning, the rooms. In the courtyard a man in a military uniform wanders. He also likes to spend time inside the hotel. The ghost of a woman dancing is occasionally spotted in the courtyard as well. 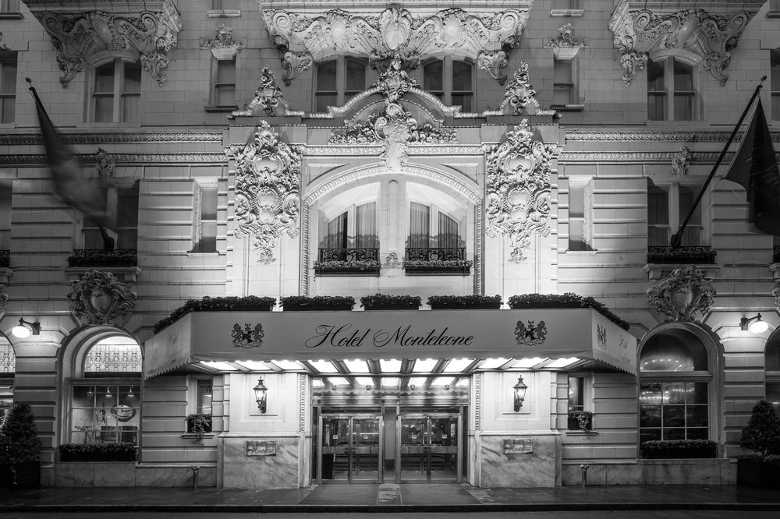 The Hotel Monteleone is one of the most famous and haunted hotels in New Orleans’ French Quarter. Originally two different buildings, Antonio Monteleone had a vision of creating a luxurious hotel; his vision would go on to become the Hotel Monteleone. Along with its unique history the hotel is haunted by a number of ghosts.

One of the most famous ghosts in the hotel is that of a young boy named Maurice. According to lore, he wanders the 14th floor looking for his parents. His father perished in an accident and his mother died of a broken heart.

Other paranormal activity in the hotel includes a door in the hotel restaurant that opens on its own nightly despite being closed and locked. Guests on the elevator sometimes end up on the wrong floor only to find the hallway of that floor is exceptionally cold. 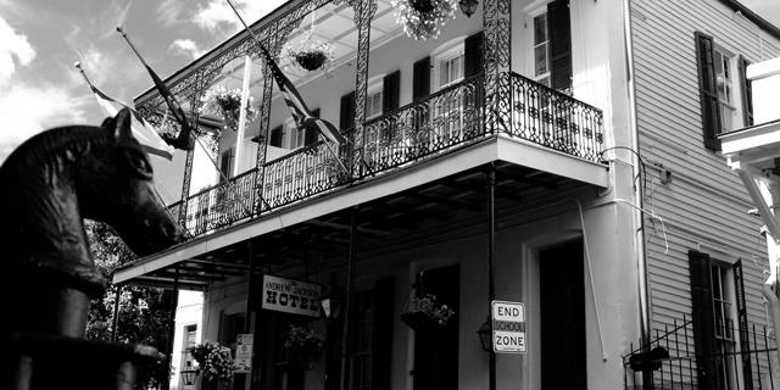 The hotel itself has a long history that includes ghosts and paranormal activity. Due to its history as a boarding school, or orphanage, many hauntings revolve around children. There are those guests of the hotel who claim they have seen the ghosts of children wandering the halls, while other people have claimed to hearing children playing inside the hotel. The ghosts of the children have also been heard in a few of the rooms as well as the hotel’s courtyard. 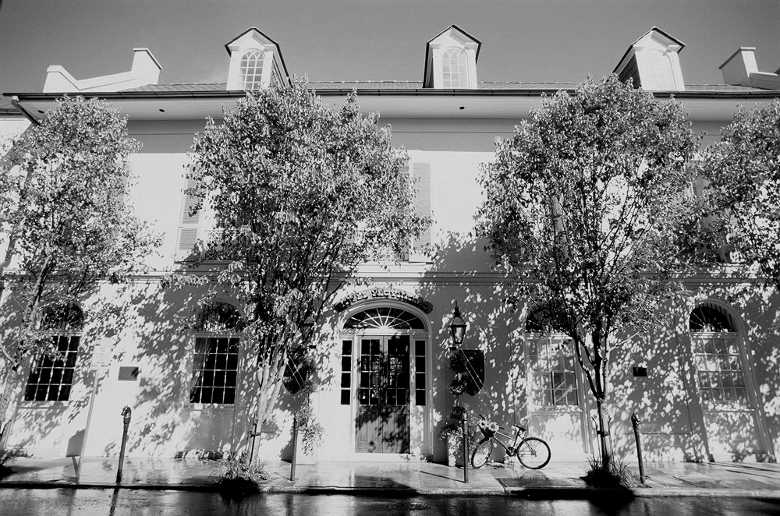 Long before it became a hotel, the Hotel Provincial was a military hospital. Dating all the way back to 1722, the hotel has a long history of guests that refuse to leave. Countless reports have been made by guests that unusual activity takes place around the hotel.

People have seen the ghosts of soldiers from the 1700’s wandering around the hotel. Other guests have not seen a physical manifestation of these soldiers but have, instead heard them crying out in pain. Unfortunately for some guests they have seen what appear to be bloodstains on their bedding. As quickly as the stains appear they vanish.

There is also the ghost of a young woman who guests have spotted wandering the hotel. Whether she was a nurse at the hospital or someone there visiting remains unknown. 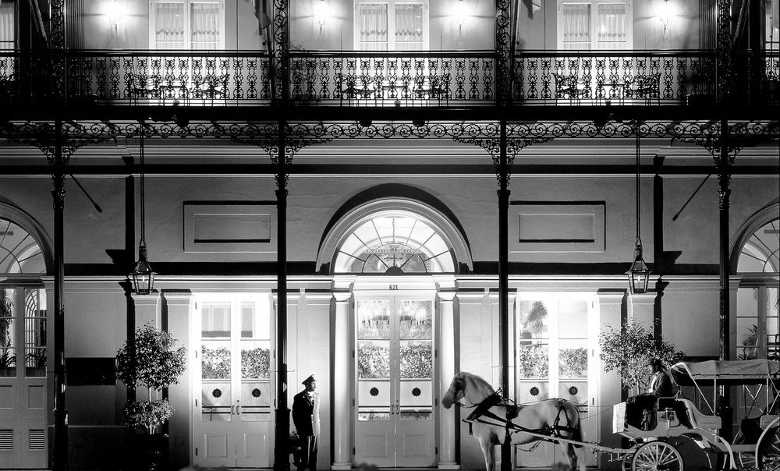 On the site where the Omni Royal Orleans stands the St. Louis Hotel once stood. The structures that previously stood on the land were destroyed through fires and eventually the 1915 hurricane completely destroyed the prior hotel. Years later the decision was made to rebuild and the Omni Royal Orleans came to life. The hotel has been the site of many important social events and has hosted a number of important political figures.

Today the Omni Royal Orleans offers its guest glorious accommodations as well as the opportunity to meet or feel the presence of any of the supposed 50 ghosts that roam the halls. One of the most commonly reported ghosts is that of a maid that once worked in the hotel. It is reported that she will turn on water, flush toilets, and even tuck guests into their beds at night! There is no question this is one of the most haunted hotels in Louisiana. 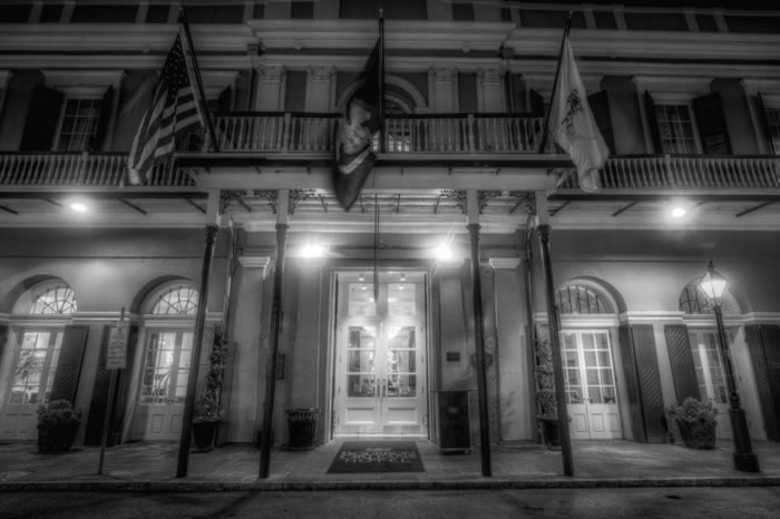 The Bourbon Orleans Hotel has a long and diversified history. Its unique history is one of the reasons it is considered one of the most haunted hotels in Louisiana. When it was first built, in the early 1800’s, the Bourbon Orleans was actually a theater. Later the second floor of the hotel became a popular ballroom.

After changing hands yet again it became a convent for the Sisters of the Holy Family. It also served as an orphanage. With a varied history, the Bourbon Orleans current incarnation still has reminders of the past. These reminders come not only in the appearance of the hotel but in some of the ghostly guests that have never checked out.

The ghosts of the Bourbon Orleans are as varied as its history. Guests and staff members alike have recounted hearing the laughter of children in the hallway when no children are present. Some of the children are also pranksters in that they enjoy tugging on the shirts of hotel guests.

The ghost of a former nun that had allegedly committed suicide in room 644 haunts those that stay in the room. People have seen the nun in her habit standing at the foot of the bed staring at them. Others have heard the cries of a woman from inside the room when no one is in the room.

The ghost of a confederate soldier has been seen wandering the halls in his dirty, bloody uniform. People who have not seen his ghost have heard the sound of his sword against the floor along with his footsteps. These are only a few of the ghosts haunting the Bourbon Orleans Hotel. 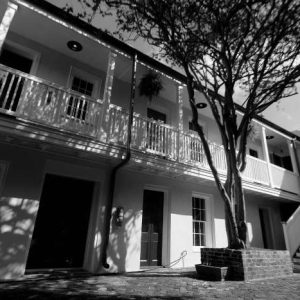 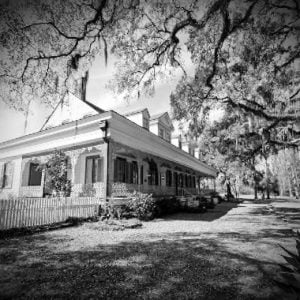 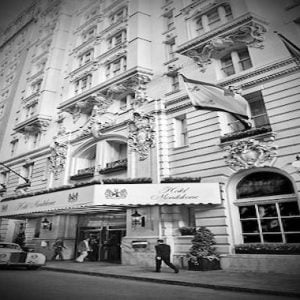 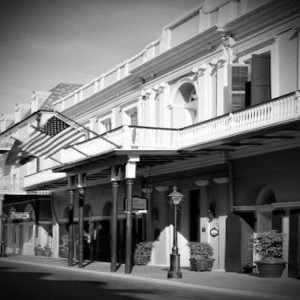 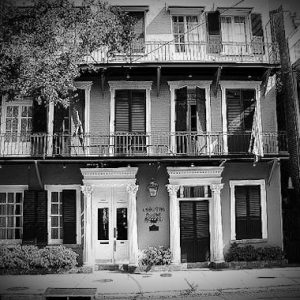 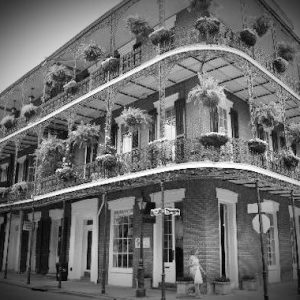 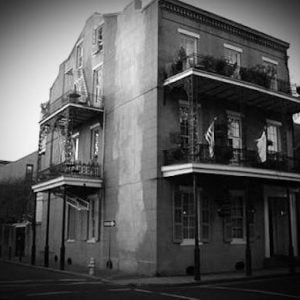 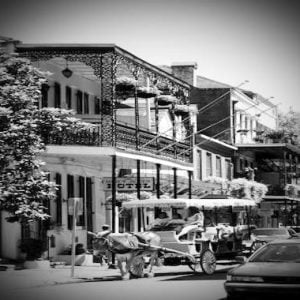 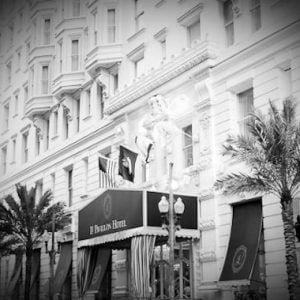