Most Haunted Hotels in Louisville KY

Louisville is located in the Bluegrass state of Kentucky. People visit to enjoy the Kentucky Derby, the incredible architecture displayed in the historic buildings, or simple relax outside while sipping a mint julep.

Louisville also offers a lot of history and things to do relate to the outlaws, politicians, entertainers, and authors that lived in or visited the area. There is also the opportunity for people to experience some paranormal activity or get up close and personal with ghosts from the past.

Check out some of the most haunted hotels in Louisville!

4 - The Brown HotelBook a Stay 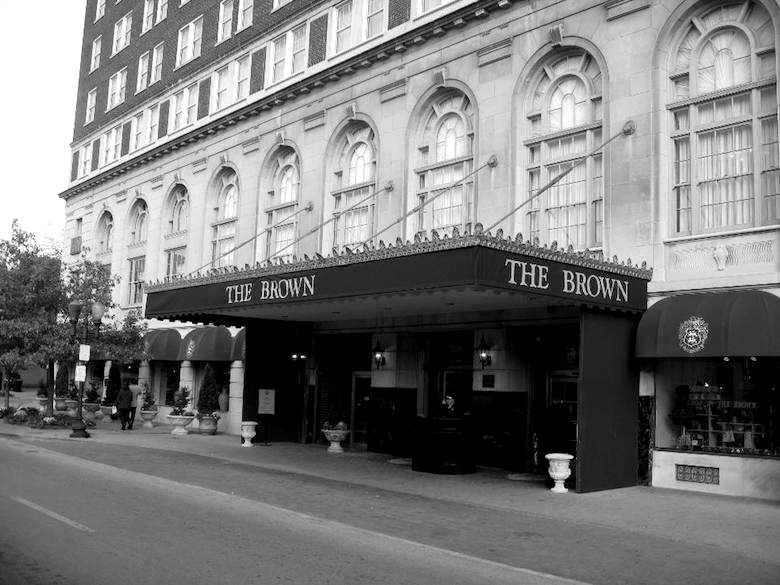 John Graham Brown was the founder of the Brown Hotel back in the early 1920s. He created a beautiful 16-story hotel boasting a two-story high lobby that left guests with an awe-inspiring first impression. Many people stayed at the hotel when they were in Louisville for the Kentucky Derby or to take in a show in the local theater district.

Along with affording people with excellent accommodations Brown is known as one of the haunted hotels in Louisville. Some people have said the tales of hauntings did not start until after renovations on the hotel. J.G. Brown is said to haunt the hotel. During the Kentucky Derby the scent of the cigars he enjoyed is noticed. His ghost is known to manifest itself on the mezzanine where he can observe employees and guests. 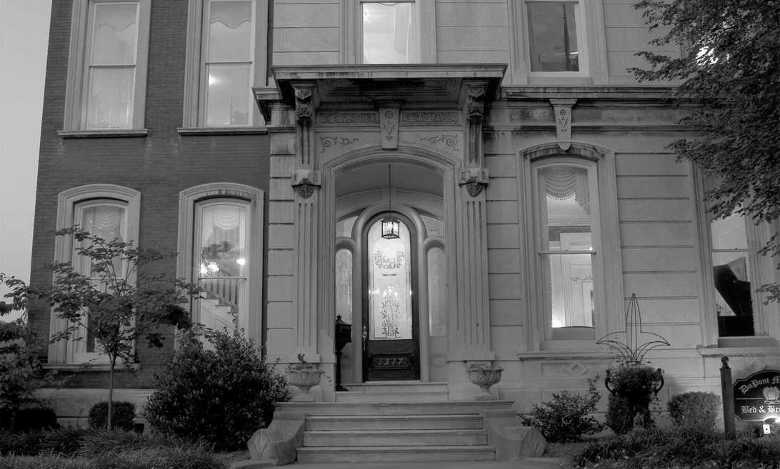 Alfred and Biederman DuPont were once the owners of a three-story Victorian mansion built in the 1800s. The impressive mansion served as a private home, luxury apartments and now an award winning bed and breakfast.

There are those that say the mansion is haunted by the ghost of Alfred DuPont. Reports claim that after Alfred DuPont was murdered by his pregnant mistress his ghost returned to his former home. People have spotted Alfred’s ghost in a tuxedo. There is no denying it is him as the tuxedo has a visible bullet hole in the chest.

Female guests have claimed to have felt people goosing them and/or blowing in their ear but no living person is around when these things occur. Guests to the DuPont Mansion have also said they have felt the presence of a male entity around the structure.

Rated a four-diamond hotel, the Seelbach Hilton opened in 1905 and has been the host to guests ever since. The beautiful hotel has provided guests with a relaxing and upscale stay for more than a century. The Seelbach Hilton is also believed to be haunted by a number of different spirits.

One of the most tragic stories revolves around a ghost known as the Lady in Blue. Those that have seen her ghost state she looks extremely unhappy.  Although there are different stories regarding what happened to the Lady in Blue, the only thing that remains the same is that her body was found in an elevator shaft. Some say she threw herself down after learning of her beloved’s untimely death.

People have smelled the scent of someone’s perfume but cannot identify where it originates. Other ghosts have been spotted around the hotel. The sound of footsteps has been reported on multiple occasions as well.

The constant and considerable amount of activity leaves no question that this is one of the haunted hotels in Louisville.

The paranormal activities include footsteps heard all hours of the night and day, clocks chiming at any given time and things vanishing unexpectedly only to reappear at another time.

Other manifestations include pianos playing spontaneously, shadow figures appearing, and furniture moving without any assistance. 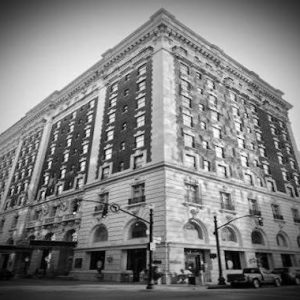