For many people, getting their kicks being scared out of their wits is just another day. If you’re one of those daredevils who wish Halloween could be every day, check out our list of the top 10 most haunted hotels in America. Could be there’s one near you! 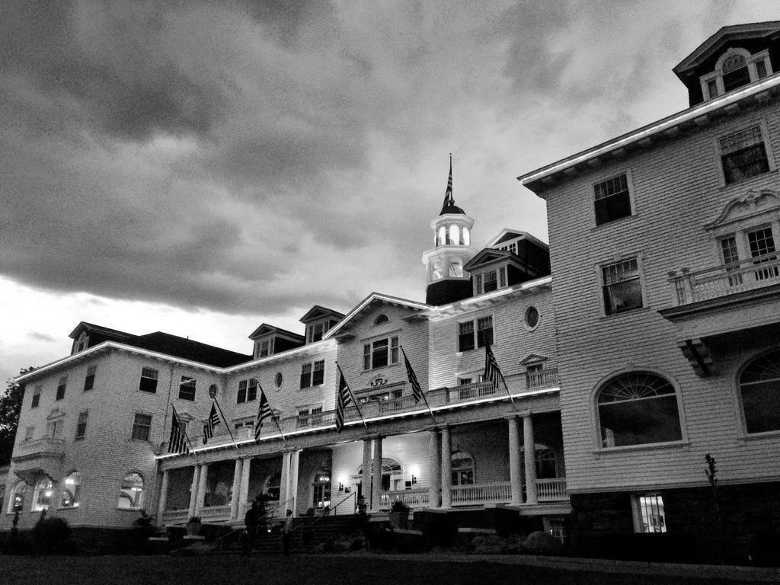 Who doesn’t love to be scared by Stephen King? He knew just where to look when coming up with a real-life haunted hotel and it was The Stanley Hotel in Estes Park, CO.

In case you missed it, his movie The Shining was based on this eerie place. The Stanley offers several ghost tours and guests can even visit the dark, underground tunnels beneath the hotel.

F.O. Stanley, who was the hotel’s original owner, is known to haunt the hotel accompanied by his wife. They are always dressed in formal attire and appear on the main staircase as well as in other public areas.

If you happen to be sitting near the piano and it plays by itself, well, just another day at The Stanley Hotel. 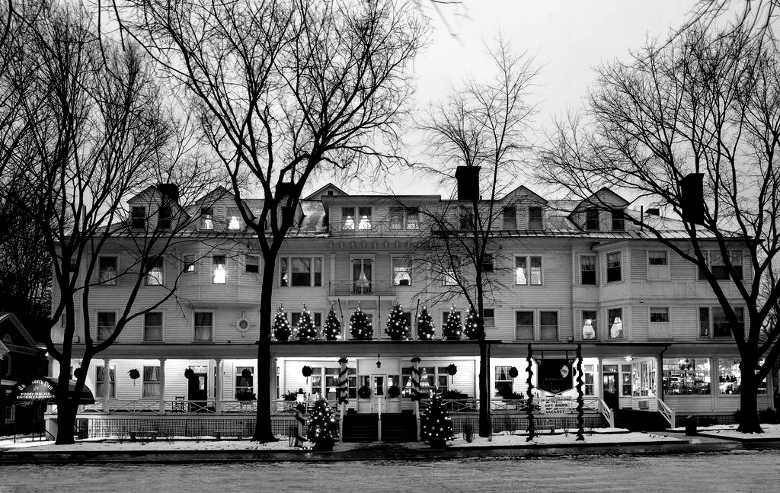 This beautiful inn has been operating since 1773, so it’s seen its share of visitors.

Paranormal investigators and mediums love coming here because of all the ghostly activity.

The fourth floor seems to be where most of the action takes place. There are two images that are always reported, that of a ‘man in a top hat’ and ‘a ghostly young girl carrying flowers’.

There are cold spots to explore, and guests have awakened with the feeling that someone is standing at the foot of their bed.

If you are really brave, stay in Room 301 which is a favorite haunted spot. 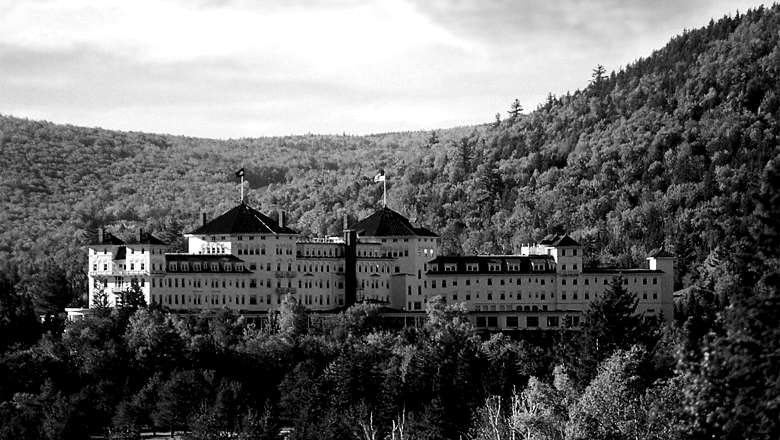 No. 8 on our list of the top haunted hotels in America, brings us to this immense hotel located in the White Mountains of New Hampshire, and it’s of course, home to some eerie goings-on.

A woman by the name of Carolyn Stickney who died in 1939, haunts the Mount Washington Hotel. She goes around tapping on doors, and if she comes into your room (whether you invited her in or not), she will borrow your clothes.

Being a proper Victorian lady, she will always return those items she takes. For the best chance of seeing the Princess, as Carolyn is known, book a stay in Room 314.

There you will find her four-poster bed and Carolyn may even be sitting on it in the middle of the night. 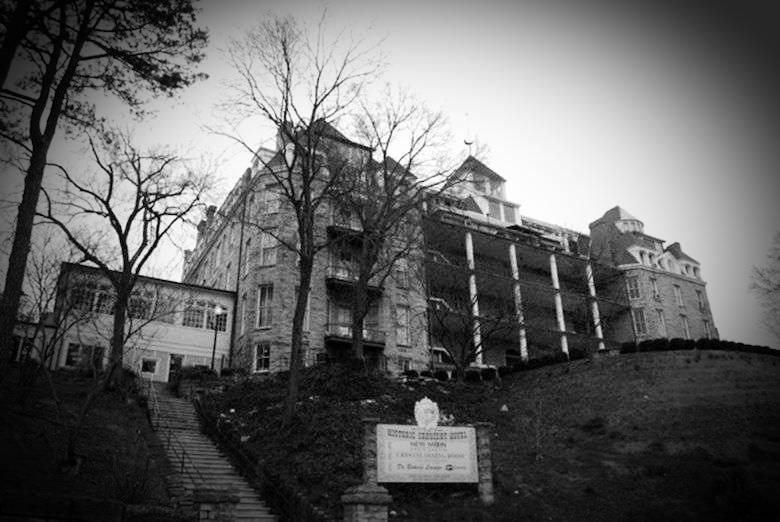 Self-titled “America’s Most Haunted Hotel”, the Crescent hotel was once headquarters for Dr. Norman Baker’s “Cancer Curing Hospital.” His methods were more in the manner of a house of horrors as his cured patients were actually failed experiments.

All manner of atrocious methods were used to “cure” patients, and those who died were whisked away never to be seen again. If anyone asked questions, the crazy doctor would simply answer that the patient had been sent home because they were cured.

Of course, no one ever makes it back home. If you book a room at the Crescent, you can tour the morgue at midnight, if you are brave enough.

Several guests have checked out but never left, Michael, the Irish stonemason who helped build the hotel, Theodora, a patient in Dr. Baker’s hospital, and a lady who stands at the foot of the bed in Room 3500 in her Victorian nightgown, staring down at the sleeping people.

Dozens of spirits have been reported in this Ozark Mountain-gem. 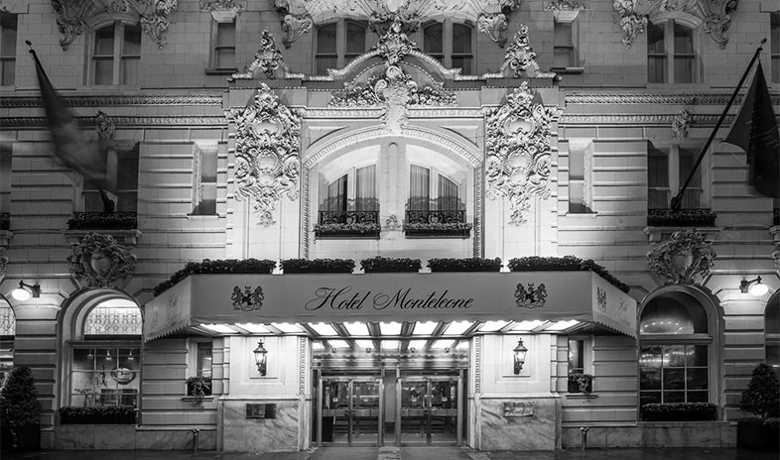 The Hotel Monteleone, one of the most haunted hotels New Orleans and the French Quarter has to offer! The French quarter really is a hotbed of paranormal activity, and it doesn’t get much more haunted than this hotel!

There is a maid, known as “Mrs. Clean” who haunts here.

Her mother, grandmother, and great-grandmother also worked here and Mrs. Clean was asked by paranormal investigators why she has never left.

Amazingly, she told them she needs to ensure that high standards in housekeeping were being met.

Make sure you know who your maid is at the Hotel Monteleone! 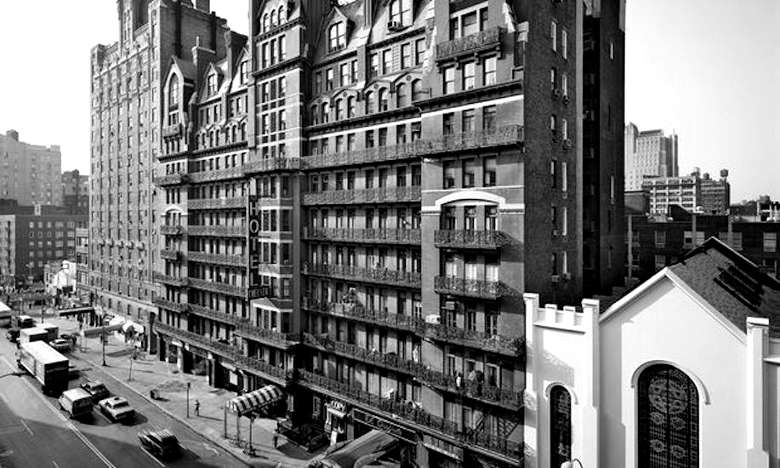 No 5. on our list of the best haunted hotels in America, brings us to the Hotel Chelsea. Built in the late 19th century, the Hotel Chelsea has entertained many different guests including Mark Twain, Andy Warhol, and Ethan Hawke.

There have been some famous scandals here too, including the murder of Sid Vicious’s girlfriend, Nancy Spungen. 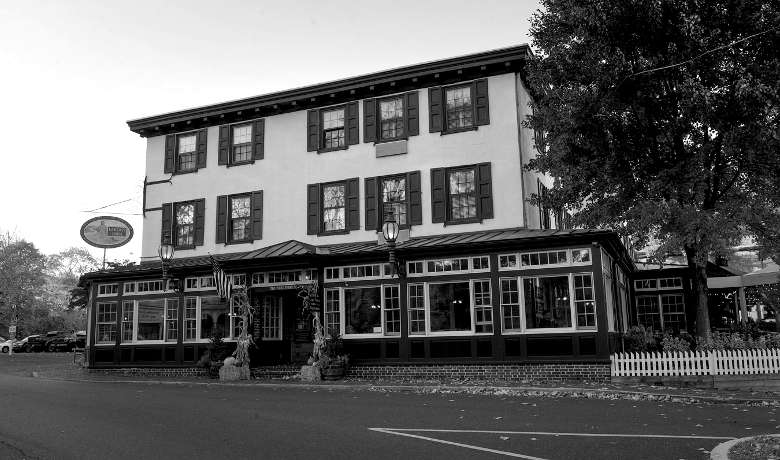 The Logan Inn began as a tavern, way back in 1722 when travelers would seek refreshment on their way.

Just a block from the Delaware River, this charming old inn has some tales to tell within its comfortable old rooms.

There are windows that will open by themselves in the middle of the night, and there have been sightings of a Revolutionary War soldier who has been seen entering different areas of the inn.

He may be in the bar or the basement.

During that war, bodies were stored in the basement until they could be buried, so this fellow is said to be one of those that have never left the property. 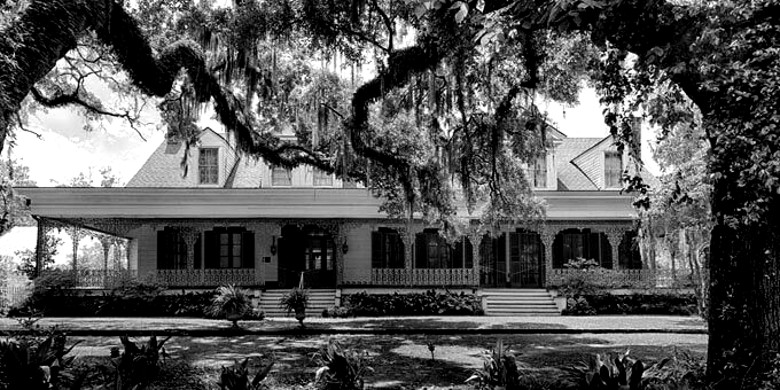 The Myrtles Plantation, built before the Civil War, is now a bed and breakfast. It is known as one of America’s most haunted places, and for good reason.

Here you will learn about Chloe, a slave girl who haunts the property. She hated her owner so much that she poisoned his children and she was hanged by other slaves when they found out what she had done.

She is often spotted in a white apron and green turban walking the property. There was at least one murder which took place here, on the porch, where an owner was shot dead.

Footsteps can be heard on the stairs, children playing where there are none and a piano which repeats the same chord over and over. It only stops when you enter the room.

You’re sure to meet someone here who will give you chills! 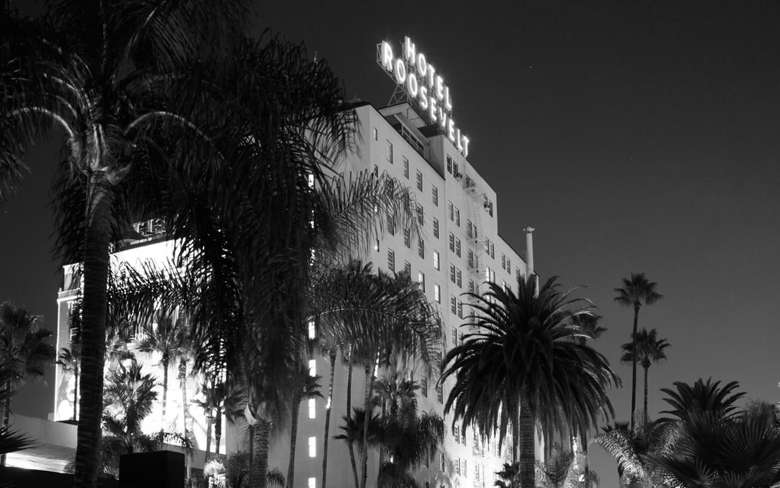 This famous hotel, built in 1927, has seen its share of famous actors since it opened. Some of Hollywood’s elite have called the hotel home, and two famous actors seem to have never left.

Marilyn Monroe loves to show herself in mirrors and Montgomery Clift is sensed in rooms and hallways.

Many guests have run into these spirits, so chances are you won’t be disappointed either.

Nothing says spooky like Salem, Massachusetts. Besides being right in town for all of the ghostly goings-on, the Hawthorne has quite a history.

It has been ranked as one of the most haunted hotels in America. Established in 1925, it has seen thousands of guests pass through its doors.

There have been sightings of a ghostly woman, unexplained noises and crying which no one can pinpoint.

Room 325 seems to be the place to go if you’re looking for a ghost. Guests report hearing a baby or toddler crying in the night and many children who stay there tell their parents they hear a baby crying.

Faucets go on and off by themselves and guests have the feeling of their sheets and blankets being pulled off the beds while they are sleeping.

If you’re looking for an icy, creepy feeling, try Room 612. A spirit is known to touch your hair or clothes and their touch is cold.

When you are in Salem, you never know who’s there with you.